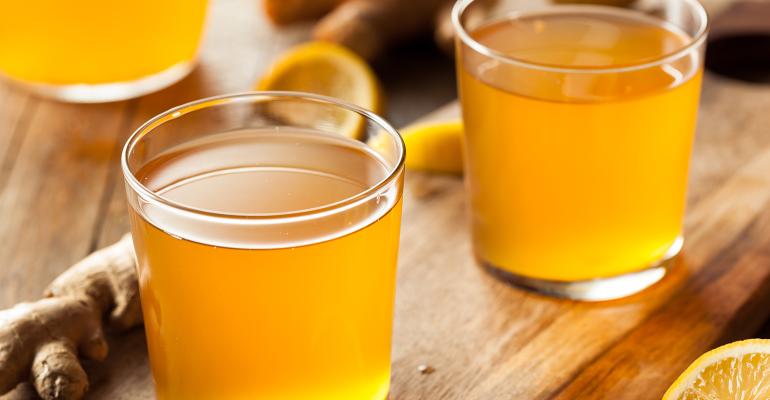 An increasing number of consumers are looking for alternatives to alcohol but current options are falling short, according to founder and CEO of Real Kombucha David Begg.

Kombucha is a fermented tea beverage that has become increasingly popular over the past few years, with Euromonitor International calling it one of the fastest growing segments of the soft drinks industry. The drink still faces some challenges, especially in terms of quality control and consumer perception, Begg says, but has big potential as a sophisticated alternative to wine or beer for non-drinkers.

“The nature of consumption of alcohol has changed and regular consumption is going down,” he said. “…I think as the quality of the offer expands, we will see more people giving up alcohol.”

In the UK, a recent YouGov poll found nearly 35% of UK 16-24 year olds were teetotal, and it is a similar picture elsewhere. Global data from market researcher IWSR show sales of alcoholic drinks have fallen for the past six years, and the rate of decline is accelerating. Young people in particular are embracing an alcohol-free lifestyle, but consumption is down among older consumers too.

Begg argues that existing soft drink options are uninspiring, usually unhealthy, and are difficult to pair with food.

“Lack of choice is a major reason why people continue to drink,” he said. “The modern drinker is looking for flavour and complexity that is not unhealthy.”

This does not necessarily mean they are looking for something as healthy as water, but often they want to avoid sugary soft drinks.

Real Kombucha comes in three varieties, made from different kinds of fermented tea with two to three grams of sugar per serving. It is served in more than 60 Michelin-starred restaurants, as well as in various casual dining restaurants and bars in the UK, the Netherlands, Germany and Belgium. The company is keen to emphasise the drink as a special occasion beverage, and suggests that it should be served in a wine or champagne glass to be properly savoured.

Begg is reluctant to bring the drink into supermarkets directly, concerned that it could get lost among a rapidly growing range of kombucha-based beverages, many of which are positioned as fancy soft drinks. He says Real Kombucha is different, specifically intended as an alternative to alcohol, including for consumption with a meal.

“Sugar tends to quash the flavour of food,” he said, explaining that the level of acidity in kombucha, much like the acidity in beer or wine, actually enhances food flavours.

But it is not just any acidity. The company aims to build a balance of sweetness, acidity and complexity through fermentation, closely mimicking the profile of a sparkling white wine.

“Sour is becoming much more important and in my view it is the only thing that can replace sugar and give you that real kick of flavour,” he said.