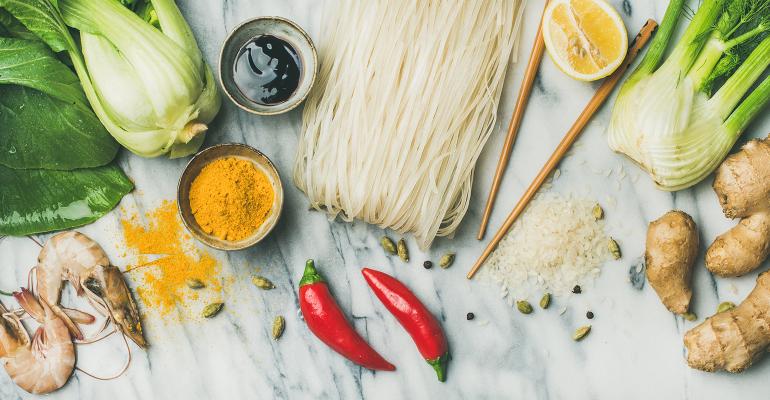 Inspired by street food, young millenials on an Asian-inspired health kick are looking for fresh, light dishes and flavours from around the region - and packaged food companies are taking note.

Young westerners are on an Asian-inspired health kick, and are looking beyond the Indian, Chinese and Thai cuisines that are now mainstream in most of Europe and North America.  Inspired by street food, they are looking for fresh, light dishes and flavours from around the region, including Korean, Singaporean, Vietnamese, Indonesian and Malaysian foods that are appreciated for their fresh, tasty, exotic flavours – and packaged food companies are taking note.

“Less well-known ethnic cuisines are starting to emerge, like ramen noodles and Indonesian food,” said Mintel’s APAC Vice President of Research, David Turner. “A lot of that is inspired by street food and is mainly driven by millennials.”

Pringles has just launched a range of flavours based on street food, including Thai green curry and hot chilli sauce, and supermarkets have released own-brand pot noodles and ready meals with various Southeast Asian flavours.

For older consumers, trying new flavours is still driven by what is available in the supermarket, says Turner. However, only a third of under-25s discover new foods that way, compared to almost 60% of over-50s. For others, trying new flavours originates in foodservice – and increasingly for millennials, in street food. Six in ten younger consumers say they are interested in trying street-food inspired foods at home, while 40% of those who have tried street food want to try to make it themselves at home.

This is significant because it feeds into the availability of different flavours and ingredients on supermarket shelves.

“Early adopting categories are seasonings, because the early adopters tend to be more confident in the kitchen, and then more mainstream condiments,” said Turner.

Turner went on to explain that condiments carry less risk for home cooks, as they can be sampled alongside a dish, rather than necessarily defining its entire flavour. From there, condiments – such as the Thai-Vietnamese hot sauce sriracha, for example – tend to make their way into snack seasonings and ready meals. 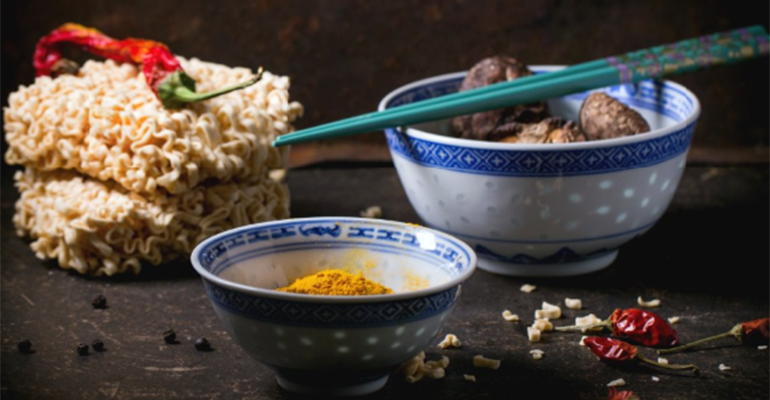 The appeal of Asian foods goes well beyond exotic flavours, as younger consumers in particular consider ethnic foods as being healthier options. Only 28% of those aged 50+ think Asian foods are healthier than other foods, compared to 55% of millennials, according to Mintel figures.

“Ramen, miso and pho tend to be lighter and vegetable-heavy. They tie into more flexitarian diets,” said Turner. “It’s not just about being exotic and tasty but also about being lighter and healthier.”

In the UK in particular, some of the age-related differences in attitudes to Asian foods might be explained by a recent shift away from a tradition of very rich and heavy Asian products, like creamy curries and sticky, fried Chinese foods. The latest Asian food trends tend to contain lots of vegetables and healthier sauces.

Another trend to keep an eye on is a more nuanced approach to chillies, with companies exploring chilli flavours from different varieties and countries, and sweet and hot flavours, such as those found in Korean barbecue, which tend to hold broader appeal than the hot and spicy flavours that have tended to dominate western chilli flavours.

The fermented Korean condiment gochujang, for example, is beginning to make headway in western markets. Made from red chilli, rice, fermented soybeans and salt, it has mild spice and savoury notes.

“We are seeing an increase in the percentage of chilli used in all savoury categories,” said Turner. “If you go for the super-hot it can be quite polarising. People are understanding that pepper isn’t just about heat. …The average European consumer is less educated about the different kinds of pepper, but that could be an opportunity; the depth that chillies can bring to other flavours could bring opportunities.”

Although manufacturers are often told that western consumers are seeking authenticity in ethnic cuisines, he said this wasn’t necessarily the case.

“They want a degree of authenticity,” he said, but added that highlighting light, healthy, vegetarian flavours was more likely to find favour with younger flexitarian consumers."

“Longer term, the untapped growth potential may be in Indian flavoured desserts,” he said. “We are starting to see more botanical flavours like jasmine, rose and hibiscus, and they are tapping into lighter, healthier Asian trends.”