Diversity and inclusion in the food sector: an interview with Elles Sont Food! 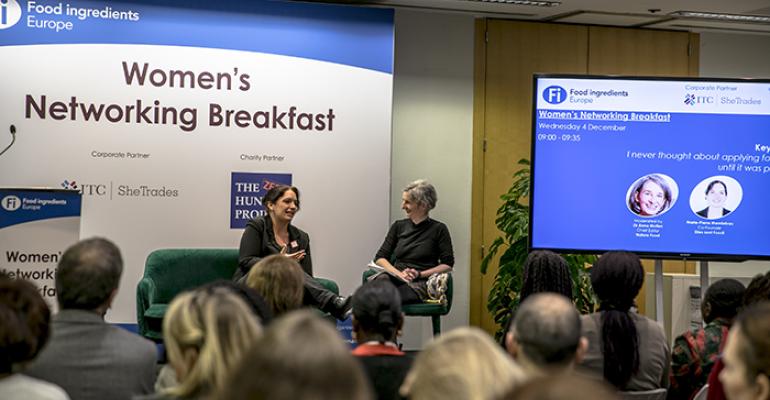 Successful women must be more visible in the food sector, according to 'food diversity & inclusion activist' Marie-Pierre Membrives, providing role models to empower the next generation to pursue their goals and speak out against unfairness.

Marie-Pierre was speaking at the Women's Networking Breakfast at Fi Europe 2019, a popular forum for discussing diversity and inclusion in the food and beverage industry.

Putting the spotlight on gender diversity

Marie-Pierre is co-founder and president of the French network, Elles Sont Food!, which works to increase the visibility of female experts in the food industry, as well as chefs, bakers, journalists, nutritionists, and so on.

"Elles Sont Food means 'they (feminine plural) are food'," she explained during an on-stage interview with Anne Mullen, Chief Editor of the scientific journal Nature Food.

"But it also means 'they are crazy' because 'fou or folle' means crazy in French. It is basically a group of women who are crazy about food, who want to put the spotlight on gender diversity in the sector."

Elles Sont Food! was founded by a panel of 12 women (including Marie-Pierre) in 2017 and currently has 150 formal members, plus a wider group of supporters. As well as promoting women's achievements via social media, members' newsletters and monthly get-togethers, the network helps organisers of food-related events, and other fora that are generally male-dominated, to include female talent.

For instance, Elles Sont Food! collaborated with La Table de Cana, a catering company engaged in supporting people that have been unemployed being back at work, on a training programme for unemployed women, originally imagined by Chef Alain Ducasse Des Etoiles et des Femmes (Stars and Women). Elles Sont Food! helped identifying female chefs to host trainees in their kitchens, organised some food culture workshops for the trainees, and is happy to see that 5 of the 11 women who attended the training programme in Paris last year, found a job thanks to Elles Sont Food! connections.

It has even attracted the attention of the French government. The day before heading to Fi Europe, Marie-Pierre attended an event at the Ministry of Finance and Economy in Paris for the launch of a public consultation on gender equality in the economy.

"We are one of the organisations that provided input prior to the launch of this consultation," she said, "and we were very happy about that."

Hearing Marie-Pierre speak, it is hard to imagine that such a confident, accomplished professional has personal experience of discrimination and 'imposter syndrome', the psychological pattern of doubting one's own achievements.

On paper, her career trajectory has been stellar. During 14 years at MacDonald's Europe, she rose from food technology trainee to director, before leaving to start her own business, Tastebuds Consulting.  She runs Elles Sont Food! on a voluntary basis, alongside her day job.

In fact, Marie-Pierre’s passion for equality is rooted in hard knocks early on in her career. One such instance was losing out on a job in bakery new product development to a less qualified male candidate, because the interviewee refused to believe that a woman could handle working in an industrial bakery.

"That was probably the seed that made me become a food feminist," she said.

It was a blessing in disguise. Marie-Pierre's next job interview went better, and she entered McDonald's Europe on a traineeship where her boss trusted her with important decisions early on.

When, after several years, her boss returned to the United States, some of her colleagues put themselves forward to replace him. However, it was Marie-Pierre who was offered the job.

"I did not project myself into the position because, to me, I was too young, I was a woman, I was not experienced enough. So, I had not even thought that I could apply for the job, yet I was given it."

She now recognises that she was experiencing imposter syndrome.

"I didn't feel I deserved it. I felt I was an imposter and someone would find out." 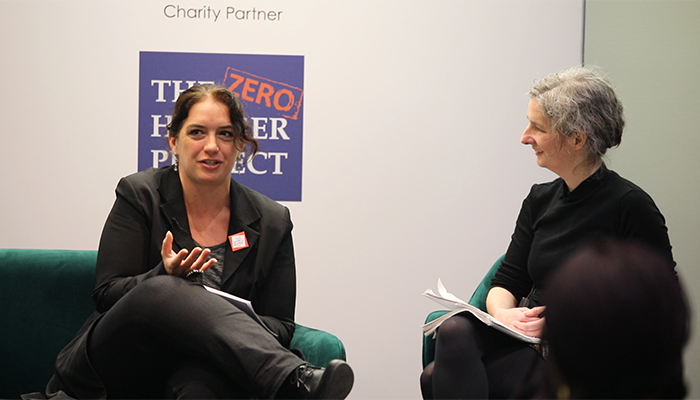 As well as holding one back from seeking promotion, sufferers of imposter syndrome can feel compelled to work excessively long hours to show how they are engaged and deserving of the project.

Marie-Pierre is a staunch believer that no-one should sacrifice their private life for work, regardless of their personal circumstances.

"When I was managing my team at McDonald's, none of my reports had young children. I was the only one. But I felt it was important they had some free time. Just because they didn't have children, they didn't have to work from 7am until midnight or travel over the weekend. And when there was no other choice, I was ensuring they would get the appropriate time compensation."

For women who have children (and perhaps a less reasonable boss), getting the balance right can be difficult.

"Role models are crucial,” said Marie-Pierre, whose own role model — the Head of Operations for McDonald's Europe — showed her that a high-flying career and a family life are not mutually exclusive.

Marie-Pierre believes the responsibility for diversity and inclusivity in the food sector is shared — between individuals, workplaces and governments.

"Individuals need to be aware that they can harm their own careers by not daring, not asking for support, by sometimes sacrificing their career for personal life, or the other way around."

They also need to realise that there is no such thing as serendipity, and when women talk about having had 'chances,' they are effectively downplaying their expertise and impact.

"If we are proposed a position or a project that may look a bit tough, it is because we deserve it and we will succeed."

That said, it undoubtedly helps when diversity and inclusion are on the workplace agenda.

Marie-Pierre highlighted ingredients company CP Kelco, who won the Fi Award for diversity and inclusion for its programme to identify young female talent and support women throughout their careers.

Forging the career you want

Of course, it is not only about career advancement. All employees should be supported to forge the kind of career they want, including remaining at a lower level if they wish. Some employees prefer to work part-time; however, the majority of these workers are women and they are often under-valued.

Marie-Pierre's own uncle, a manager in a large food company in France, wanted to reduce his hours so he could look after his elderly parents but was worried about approaching his employer. He turned to her for advice. Her response:

"Why would you be shy to ask for that? It is a responsibility to look after your parents and, whether you are a man or a woman, you need to be able to ask it."

As for governments, one way they can help is to shift the norm so that everyone with children — fathers and mothers — feel able to take the parental leave they are entitled to.

Although voluntary paternity leave has been written into legislation in many countries, uptake is low as men are worried about harming their careers. The exception is Scandinavia. In Sweden, for instance, parents of both sexes are entitled to 480 days of paid parental leave between them — and fathers are legally obliged to take some of it. 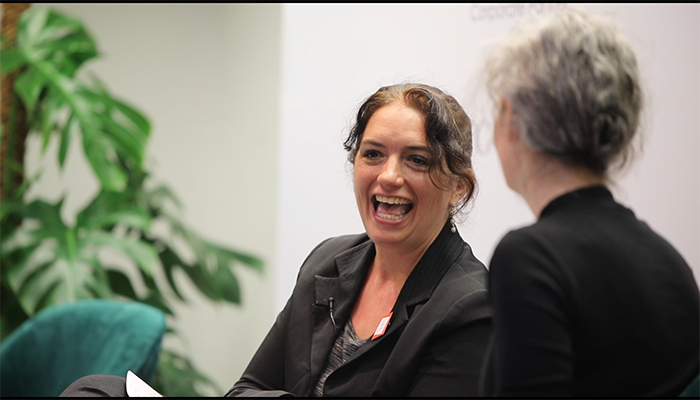 Questions concerning diversity and inclusion that directly impact men frequently leads to the question: “Why isn't there an 'Ils Sont Food' for men?”

Marie-Pierre's answer is that, while men certainly need support, there is a greater need for dedicated networks that raise awareness of the issues faced by women.

"There are lots of mixed networks and training programmes. The reality is that women go less to professional networks, they speak up less, they are less audible, and as a result their career is impacted."

That being said, men are part of the solution.

"It is only with men we will get things moving. We need to empower them in the conversation and to be the actors of the change, just as we do as women," Marie-Pierre stated.

Elles Sont Food! is currently funded by members, who each pay €50 a year.

In 2020 it is transitioning into a public interest company, which will make it easier to obtain funds from businesses due to tax breaks. A pipeline of new projects will be initiated, including a research project on the number of women in the various food sectors, and establishment of a mentoring programme.

Marie-Pierre is also open to expanding the network outside of France. There are already a few members in Belgium and Switzerland, and one in Canada, and she is exploring teaming up with the UK network, Women in the Food Industry.

On the suggestion from one audience member at the Women's Networking Breakfast, there may even be an African chapter of Elles Sont Food! in the future.

It is a plan that doesn't really sound so crazy after all.