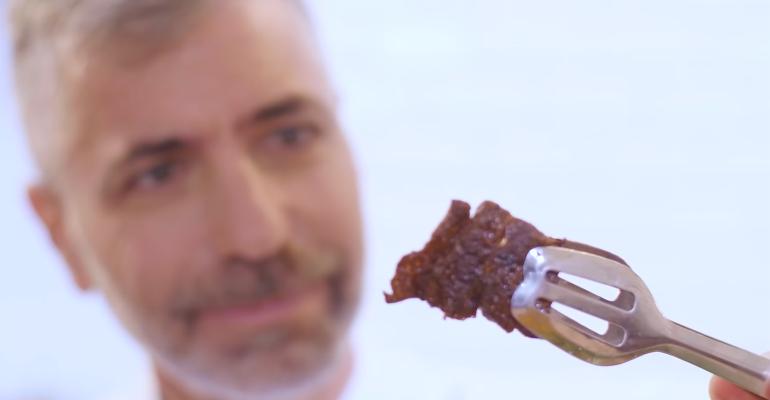 Israeli startup Aleph Farms has revealed the first cell-grown steak with the texture and appearance of whole muscle beef without animal slaughter, and at a fraction of the cost of earlier cultured meat prototypes.

Previous attempts to grow meat in the lab have focused on products like burger patties, because of the difficulty in recreating the complex cellular structure of unprocessed meat. This latest product represents a major technological breakthrough due to the company’s work with the Technion, Israel’s Institute of Technology, on a bioengineering platform to build complete muscle tissue. The cell culture is started with a few cells from a living animal, which are then grown in an animal-free growth medium. See a video on the break-through technology here.

Cell-based meat is here to stay

Aleph Farms founder and CEO Didier Toubia said there is still work to do to increase the thickness of the steak from about 5mm, and to bring the flavour more in line with conventional meat. However, at the recent Future of Nutrition Summit in Frankfurt he said he is convinced that cell-based meat will play a role in answering rising global demand for protein.

“Although we hear a lot about plant-based, still the demand for animal protein is growing. Meat is here to stay, and definitely plant-based products are part of the solution, but it’s not enough to bring down increasing demand for meat.”

Crucially, the company has managed to keep the cost of the prototype steak to just $50, still more expensive than farmed beef, but a snip when compared to the world’s first lab-grown burger, which cost about $250,000 to produce in 2013.

“There’s still a lot of challenges to overcome to drive the cost down and to scale up,” he said. “The other challenge is the marketing challenge.” 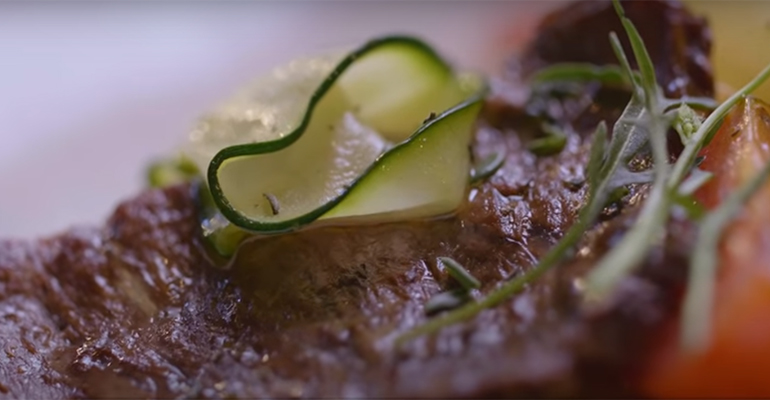 Toubia said that for clean meat to be a real alternative, it has to be structured like meat, not just hamburgers and meatballs. And if its benefits are well explained, market research suggests 30-65% of consumers would be open to eating lab-grown meat.

“We believe that cultured meat should be a different category of meat products with a focus on health and nutrition and food safety,” he said. “…Cultured meat is not a meat substitute – it is meat produced in an environmentally friendly manner. In the same way as consumers today have little interest in how lettuce is produced, hydroponically or not, we believe they will feel the same about cultured meat.”

Toubia says Aleph Farms’ first commercially available products are still about three or four years away, as the company wants to ensure it releases a very attractive first product. Regulatory stumbling blocks could also push back a market launch in Europe, although he said the inclusion of cell-based products under the new novel foods regulation was a positive step.

“In the United States, it will probably be quicker and easier than in Europe, and it may be that we see the first clean meat products in Asia,” he said.

Meanwhile, several other firms claim to be close to releasing their own lab-grown meat products. US-based firms Memphis Meat and JUST (formerly Hampton Creek), have said they expect products to be ready in 2019.