Food fad or lasting trend: Will CBD live up to the hype? 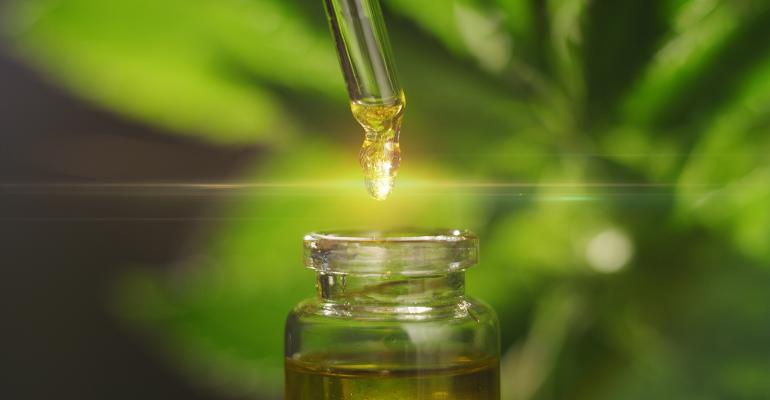 CBD extract is the latest trendy ingredient to take the food and beverage world by storm – but is it just a fad or are CBD-infused products here to stay?

Products made with hemp-derived ingredients like hemp flour, seeds, oil and protein powder have been around for years and have set the scene for the rise of cannabidiol, or CBD, a non-hallucinogenic product of the cannabis plant. Europe is by far the world’s largest hemp growing region after many EU member states lifted a ban on growing it in the late 1990s. Across the region, ingredients from hemp appear in products like non-dairy milk, cereal, bread, snacks, pasta, flour and vegetarian burgers.

Until recently, new product development with CBD was beginning to take off as well, in categories like tea, honey, supplements and sweets, but in January, the European Food Safety Authority (EFSA) reclassified the ingredient as a novel food, meaning companies operating in the space now must seek EFSA approval to continue using it. However, early movers have already created a buzz around CBD and some suggest it is only a matter of time before regulatory barriers are removed.

“Even with the current confused regulatory architecture, we’re seeing promising advances in a number of areas that are only limitedly commercialised…I expect consumer engagement to only deepen once norms and regulations finally catch up.”

The number of foods and drinks marketed as containing CBD is now in the low hundreds, according to Euromonitor figures, but it expects to see global sales of CBD packaged foods to double over the next two years as consumers become more aware of the ingredient’s purported benefits. The market research organisation seems confident that such properties will direct new product development in the sector as the ingredient becomes more mainstream.

“The market will be dominated by outcome-based products: a specific dose, in a specific combination, carried in a specific format to address a specific condition, potentially in microdoses, further blurring the line between nutrition and personalised medicine,” it said. 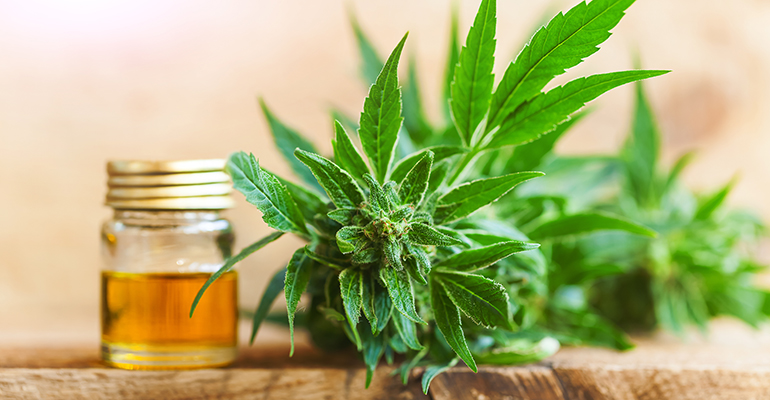 Meanwhile, the lively – but fragmented – market for products containing CBD (and its psychoactive counterpart, THC) in the United States could provide a clue as to where the greatest potential lies. The ingredients are technically illegal under federal law, so sales are concentrated in states with more relaxed laws on cannabis use in general. A similar situation is conceivable in Europe as individual EU member states can override EFSA’s novel foods approval requirement, and Bulgaria has already done so.

“CBD and THC are the superpower holistic food ingredients of the future,” Euromonitor said, suggesting that they combine the anti-inflammatory properties of turmeric with the essential fatty acids of coconut oil, while THC provides “added buzz on top”.

In addition, EFSA’s decision on a pending application from the Czech company Cannabis Pharma could prove a watershed moment for others in the sector.

Mood foods on the rise

CBD extract is still a relatively expensive ingredient, but consumers have already demonstrated that they are willing to pay a premium for mood-altering foods and nutraceuticals, as the nootropics market continues to grow. And although research is still needed to back up the claims that manufacturers are making about its effects, it may benefit from its link with cannabis, which many consumers already associate with a real effect.

The beverage industry has shown particular interest in CBD and other cannabis ingredients, and major players like Coca-Cola, Heineken-owned Lagunitas Brewing and AB InBev already have invested in the sector. In food, Euromonitor notes that CBD and THC are currently concentrated in sweet categories such as confectionery, snack bars and ice cream, “highlighting the indulgence element”, but suggests there is potential for this to spread to food categories like bakery products, savoury snacks, pasta and soups.