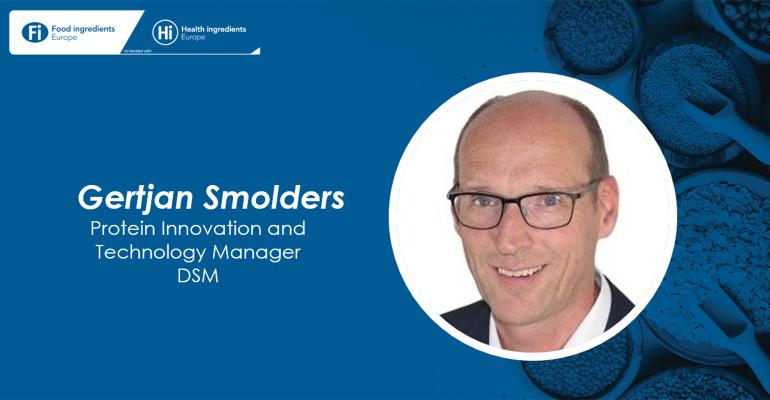 With a perfect amino acid score and ideal functionality for meat and dairy alternatives, DSM’s canola protein isolate is already attracting manufacturers’ interest ahead of its 2022 launch.

Canola, also known as rapeseed, is mostly used for its oil, which is high in unsaturated fats. However, the seeds are also high in protein that, until now, has not been used.

“The reason […] this protein has not been valorised yet is because it is rich in undesired taste components and anti-nutritional factors that aren’t so easy to remove,” explained Gertjan Smolders, Protein Innovation and Technology Manager at DSM. “This has been withholding commercialisation for a long time. We have developed a patented technique that takes out these components and gives you a nice protein isolate with high purity.”

The ingredient, called CanolaPRO®, is a high-quality protein that contains all the essential amino acids and has even bettered its ‘perfect score’ of 1 for amino acid quality, according to the protein digestibility-corrected amino acid score (PDCAAS).

“We took a step beyond this by looking at a parameter called DIAAS, which truly measures the uptake of these proteins in the digestive tract. From that, we know that we are very close to dairy proteins and are the highest among plant proteins today.”

According to its DIAAS score (which stands for Digestible Indispensable Amino Acid Score), DSM’s canola protein can claim to be an excellent source of protein.

According to Smolders, CanolaPRO® ticks all the boxes for what consumers want in a plant protein today. It is non-GMO, free from gluten and soy, natural and solvent-free and has been produced using mild processing techniques.

DSM uses only cold-pressed canola meal to make the protein isolate, removing the undesirable taste molecules using chemical-free extraction and ultra-filtration methods. The material is then concentrated and dried, resulting in a beige-coloured powder with 95% purity.

“The result is a protein that is very close to whey protein, which is more or less processed in the same way, and is highly soluble over the full pH range – both high and low – which is very rare among plant proteins. It is like a whey protein among the plant proteins.”

In addition to its high solubility, the canola protein has good emulsion and foaming properties. It can be used to make egg-free meringues, for instance, and adds a sufficiently aerated structure to vegan ice cream while its taste profile makes it ideal for high-protein plant-based milks.

“You can make a plant-based milk that has up to 3 - 4 % protein without any taste deviation compared to oat and almond drinks. That is important because the oat and almond drinks today have hardly any protein, and they aren’t up to par with dairy products,” said Smolders.

In meat alternatives, it can be used as a texture improver by adding bite. Currently, many plant-based brands use gluten to improve the texture of their soy-free vegan meat analogues but for companies looking to create such products, canola protein could be the solution. In addition to texture, CanolaPRO® also improved the taste and nutritional value in meat alternatives.

Unlike many pulse-derived proteins, canola protein does not have a beany flavour; Smolders described the taste as sweet with liquorice notes. However, DSM has developed a technique during the final product formulation process that removes the sweetness in plant-based milks and meat alternative applications without the use of masking agents.

DSM has already seen significant interest from manufacturers requesting samples to develop dairy and meat alternatives with CanolaPRO®. It also expects the ingredient to prove popular for health and wellness products, such as sports nutrition and healthy ageing products for seniors.

“That is connected to the high solubility and low viscosity as well as the nutritional value. For these segments that’s very relevant as it gives a smooth drink without grittiness. In vegan diets, it’s critical to have all your essential amino acids on board, and older people need more too,” said Smolders.

“Plant-based proteins in general have a hard time providing that sufficiently but in our transition to plant-based diets, it’s really important to tackle the nutritional value.”

CanolaPRO® has already received novel food approval and GRAS status from regulatory authorities in the European Union and the US, and should be commercially available in Q3 next year. DSM has partnered with French oil processing giant Avril in a joint venture and the companies are currently building a production plant in Dieppe, Normandy.