Ultraviolet light in food processing: A guide for manufacturers 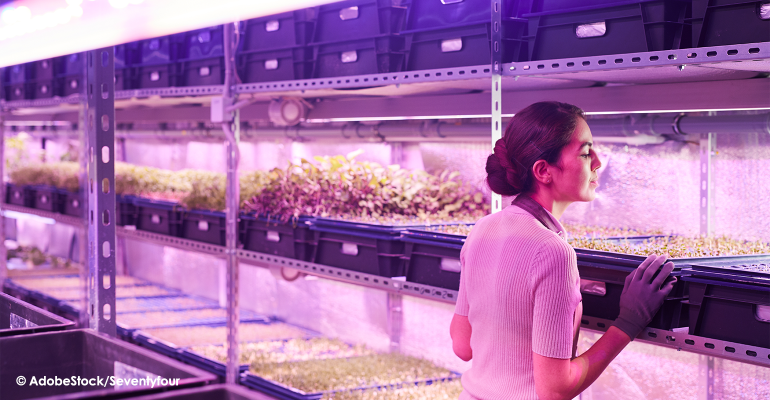 Ultraviolet light (UV-C) is a method of food processing which kills bacteria, without using heat or harsh chemicals, increases shelf life, and can even increase the nutritiousness of food such as mushrooms, bread and milk. We explore what manufacturers should know about using UV-C.

Each year, it is estimated that one in 10 people worldwide fall ill as a result of consuming contaminated food. Of these, a staggering 420,000 die, according to data from the World Health Organisation (WHO).

In addition to the obvious threat to human health and wellbeing, foodborne diseases stemming from unsafe food can additionally produce a ripple effect of impeding socioeconomic development by placing pressure on healthcare systems and restricting tourism, trade, and economic growth. In actual terms, it is estimated that around $110 billion is lost every year in productivity and medical costs related to the consumption of unsafe food in low and middle-income economies.

For these reasons and as far as food manufacturers are concerned, ensuring that food and drink products are produced, handled, and packaged in a safe and hygienic manner is essential.

This is where ultraviolet light, commonly known as the acronym UV-C, comes in.

Ultraviolet light (UV-C) can inactivate and destroy bacteria on the surface of food, without the need for heat or harmful chemicals.

An alternative to traditional thermal processing, UV-C is already being used for a variety of food safety applications, including the likes of pasteurising juices, treating food contact surfaces to increase the shelf-life of food products, and destroying bacteria on the surface of meats.

Emitted through lamps, most commonly at a wavelength of 254 nanometres (nm) UV-C damages or modifies the DNA of bacteria, limiting its ability to reproduce and spread. It is a surface decontamination technology, meaning that only the bacteria that is directly exposed to the UV-C light can be destroyed.

Because of this, in the food industry, UV-C is most effective when used on products covered by transmissive packaging, or on the surface of fruits, vegetables, and bakery products. It can also be, and often is, used to treat liquids such as water.

So, what are the advantages of using ultraviolet light in food processing for manufacturers, and how can they best frame communication around this with consumers?

Consumer perception: How to market products treated with UV-C

Compared to other food processing technologies which change the genetic composition or structure of food products, UV-C light works by destroying bacteria on the surface of products or the equipment they come in contact with. Because of this, it is generally considered to be a relatively non-invasive method of disinfecting food.

Since its approval as a safe alternative to thermal pasteurisation by the US Food and Drug Administration (FDA) and Department of Agriculture (USDA) in 2000, UV irradiation has been viewed as having a ‘positive consumer image’. It is already a popular and well-established process of water treatment, air disinfection and surface contamination. This makes it an attractive method for food manufacturers, particularly those who are move away from traditional thermal processing techniques.

The food research institute, Nofima, recently published the results of a four-year long study into the effects of six new processing technologies on food and the consumer perceptions of these, amongst Norwegian consumers.

Analysing the responses from surveys and scientific consumer studies, Nofima suggests two key advantages that manufacturers should emphasize when marketing products that have been treated via UV-C. The first refers to the benefit of reduced food waste during processing, while the second centres around the preservation of nutrients and quality of products processed via this method. 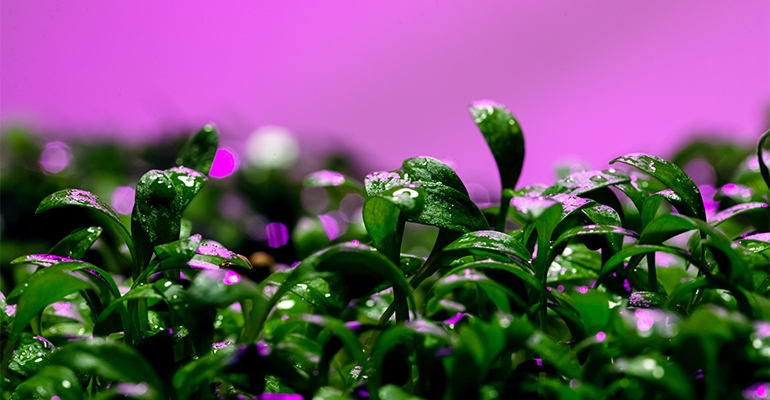 Recent advances in the science and engineering of UV-C light have made it a viable choice for food manufacturers, with one study concluding that “UV light processing can improve safety of selected solid and liquid foods without appreciable loss in quality or nutrient content.”

A recent study in which pork tenderloin samples were inoculated with Listeria mono. found that UV-C treatment achieved high reductions averaging 2.23 log colony-forming unit (cfu) per 100ml, while another reported that the technology had positive impacts in reducing the amount of E.coli in chicken breast samples.

Additionally, when it comes to shelf-life, research on the effect of UV-C light on the surface of meat products shows that only a small amount of energy is required to kill bacteria and extend shelf life as compared to other methods, such as thermal processing. With as much as 40% of food produced globally ending up as waste, extending the shelf-life of products by sustainable means is one step in the direction of decreasing the amount of food that ends up in landfill.

The legislation around UV-C processing

Despite being widely used in the global food industry, discrepancies in legislation between food sectors and states around the use of UV-C to treat certain products exist.

In the case that UV-C processing gives rise to significant changes in the composition or structure of food products, affecting its metabolism, nutritional value, or level of undesirable substance, novel food approval is required, as per the 2015 European Food Safety Authority (EFSA) opinion.

The technology has been found to substantially increase Vitamin D2 in bread, yeast and mushrooms, as well as Vitamin D3 in milk. Consequently, these four uses have been previously approved by EFSA.