Could a definition of ‘hyper-palatable’ food help the food industry create healthy products? 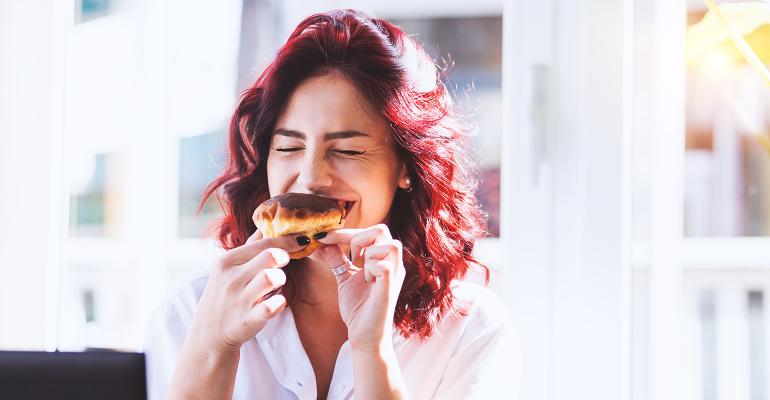 Since our hunter-gatherer ancestors, our human brain has been genetically programmed to prefer energy-dense foods. Today, food high in salt, sugar and fat is cheap and accessible, and is contributing to the global obesity crisis.

Many scientists accept that the human brain is genetically programmed to prefer energy-dense foods. This made sense for our hunter-gatherer ancestors, foraging for food when calories were scarce. Today, however, food high in salt, sugar and fat is cheap and accessible, and is contributing to the global obesity crisis.

In recent years, popular documentaries have claimed that food companies have developed well-designed formulas to create food and drink that are highly palatable, thereby enhancing the consumption of such products. However, definitions of such foods are unknown to the scientific community, which is a major limiting factor in research, according to Tera Fazzino, assistant professor of psychology at the University of Kansas and associate director of the Cofrin Logan Center for Addiction Research and Treatment.

"If there's no standardized definition, we can't compare across studies – we've just typically used descriptive definitions like 'sweets,' 'desserts' and 'fast foods.' That type of descriptive definition isn't specific to the actual mechanisms by which the ingredients lead to this enhanced palatability. This has been a substantial limitation in the field I thought was important to try to address."

Fazzino and a team of researchers have developed a definition of hyper-palatability they say could be used to classify food and drink which, in turn, could help inform consumers’ food choices or manufacturers’ formulations.

The researchers studied descriptive definitions associated with foods, such as Oreos or mac and cheese, and entering them into a nutrition software programme. This software was able to produce a detailed data set that outlined information such as calorie content per serving and the amount of fat, sodium, sugar, carbohydrates and fibre. They then looked for items that met criteria established by their literature review as enhancing palatability. In other words, products whose synergy between key ingredients creates an artificially enhanced palatability experience that is greater than any key ingredient would produce alone.

"Essentially, we wanted to identify foods that appear to cluster together with what appeared to be like similar levels of at least two ingredients, because that's the theoretical basis for inducing the synergistic palatability effect," said Fazzino.

After quantifying the characteristics of hyper-palatable food and drink, the next step was to determine just how prevalent such products are in today’s food environment.

By applying the definition to almost 8,000 food items catalogued in the US Department of Agriculture's Food and Nutrient Database for Dietary Studies (FNDDS), Fazzino and her team found that 62% of foods in the database meet the criteria for at least one of the three clusters identified.

Interestingly, nearly half (49%) of products labelled as low-, reduced-, or no sugar, fat, or sodium also met the criteria for being hyper-palatable.

“[…] it seems as though many of the products were made with a focus on reducing one key ingredient,” Fazzino told Fi Global Insights. “However, there were other ingredients included in the foods which resulted in them meeting our definition of hyper-palatability. So, while the foods were reduced in one key ingredient, it appeared as though other ingredients may have been included, possibly in a compensatory manner, to improve flavour or related characteristics.” 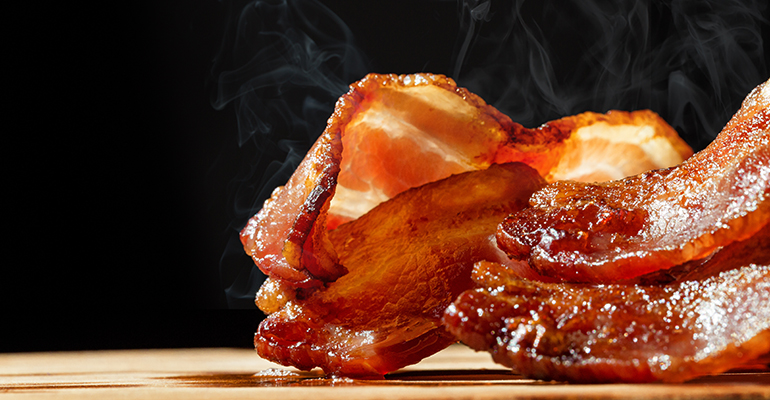 More research is needed to support the definition of hyper-palatable foods before manufacturers use the concept to aid product reformulation or development, according to Fazzino said. However, they should consider evaluating their products for hyper-palatability with an eye towards considering voluntarily labelling, she added.

Policy-makers meanwhile could consider using the findings to develop a front-of-pack label that warns consumers: ‘this product is hyper-palatable’.

This would help consumers identify foods that may be difficult to stop eating, differing from current front-of-pack labels that identify healthy foods, such as the Swedish National Food Agency's keyhole logo, used throughout Nordic countries, or those that warn about elevated macronutrients, such as the UK’s colour-coded traffic light label or black-and-white stop signs signs used in several Latin American countries.

The research could also be used to determine food types to be restricted in certain contexts Fazzino said: foods high salt, fat, and sugar are often served in many primary school canteens but children’s developing brains may be negatively impacted by a high intake of such foods.

Such measures may sound extreme but two states in Mexico began the legal process of banning the sale of junk food to children in August last year. The country’s public health campaigners applauded the measure as a historic milestone, while campaigners in the UK – where one in three children aged 11 are either overweight or obese – urged the British government to “take note” of the legislation.

How do hyper-palatable foods differ from those considered ultra-processed? The NOVA classification system, developed by Professor Carlos Monteiro of the University of Sao Paolo, classifies foods according to the degree of industrial processing. They can be either unprocessed, minimally processed, processed, or ultra-processed.

Manufacturers of ultra-processed products use processes and ingredients to create products that are highly profitable (thanks to low-cost ingredients and a long shelf-life, for instance), convenient, and hyper-palatable, according to Monterio.

The NOVA system focuses solely on food processing, and the direct mechanism by which food processing alone would lead to overeating and obesity has not been clearly identified. Many in the food industry have identified concerns with the NOVA system for exactly that reason. Ultra-processed foods have been hypothesized to be hyper-palatable and energy dense, which could increase obesity risk. However, the definition does not address palatability and thus lacks specificity,” she said.