From reformulation to innovation: How Nutri-Score is transforming the food industry [Interview] 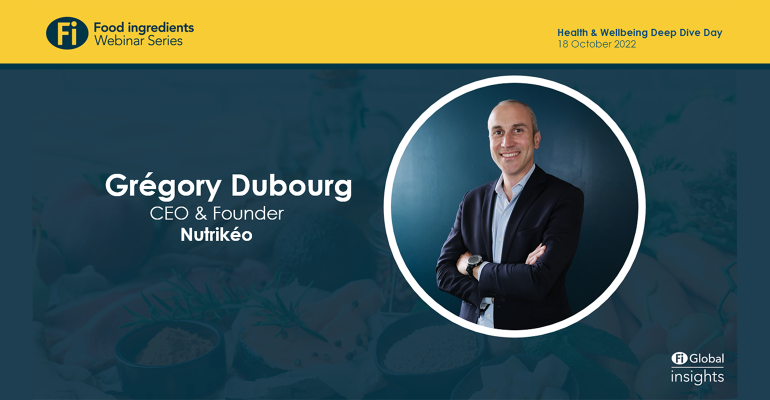 The Nutri-Score, a labelling system designed to better inform consumers about the nutritional quality of food products, is fast becoming the norm on supermarket shelves. What should manufacturers know about Nutri-Score and what impact is this having in the market? We asked Grégory Dubourg, founder & CEO of Nutrikéo, a nutritional strategy consultant.

Grégory will be taking part in the Health & Wellness Deep Dive Day on 18 October, part of the free-to-attend Fi Webinar Series. Click here to register.

What exactly is the Nutri-Score and why was it first introduced?

“The Nutri-Score is a Front of Pack Nutrition Labelling. It was first implemented in France in 2017, based on the work of the team of Professor. Serge Hercberg as well as the expertise of the National Health Security Agency (ANSES) and the High Council of Public Health (HCSP).

“As part of the 2016 Health Law, the French government recommended the introduction of ‘clear, visible and easy-to-understand nutritional information for all.’ The aim is to improve the nutritional information on products and help consumers to buy foods of better nutritional quality. The Nutrition Facts table, which is mandatory on all pre-packed foods, is often difficult for consumers to decipher. To make it easier, Nutri-Score is based on a five-colour scale (dark green to dark orange) associated with letters ranging from A to E.

“It’s calculation method takes into account, per 100 grams of product, the content of nutrients and foods to be favoured (fibres, proteins, fruit, and vegetables) and limited (energy, saturated fatty acids, sugars, salt).

What is the scope and status of the Nutri-Score?

“With a few exceptions (herbs, teas, coffees, yeast, etc.), all processed products and drinks are covered by the Nutri-Score. Unprocessed products such as fresh fruit and vegetables or fresh fish are not affected, nor are alcoholic beverages. However, the application of the Nutri-Score is voluntary and depends on the willingness of food companies and retailers.

“In February 2021, sevencountries officially committed to European coordination to facilitate the use of the Nutri-Score: France, Belgium, Germany, Luxembourg, the Netherlands, Spain, and Switzerland. Nevertheless, the Nutri-score can be found in other countries: if a company chooses the Nutri-Score for Switzerland or France for example, this packaging is often distributed abroad.”

The International Scientific Committee (SCC) recently made a revision to the Nutri-Score to include better differentiation between healthy and less healthy foods. What is the significance of this revision and what impact do you expect it will have on manufacturers?

“This adaptation will allow for better differentiation of food items within the same category. Nutri-score [is often limited in doing this as products can have the same score despite differences in their nutritional profiles]. This change will strengthen the need for manufacturers of alternatives to decrease saturated fat, sugars and salt, and of solutions to increase fibres content, especially in specific categories, such as beverages, sweet dairies, and bread products. It can also impact the choice of raw materials, to favour oils such as olive or canola, or fishes rich in omega 3.”

Do you expect Nutri-Score to become mandatory in Europe and if so, what implications will this bring for manufacturers and consumers?

“There is a way for it to become mandatory and there have been petitions [in favour of this] at European level. However, it [will not be] tomorrow and not on all types of products, given the debates it is causing. Just think of Italy which prohibits the use of Nutri-Score on [protected designation of origin] (PDO) products!

“If it becomes mandatory, it will slightly amplify reformulations […] but it will not fundamentally change things because [regardless of where you are purchasing a product], Nutri-Score is still considered in internal product improvement policies, displayed on other independent “media” (on drive sites, for example), and accessible on sites that compare products with each other or serve as a basis for calculations for apps.

“However, developing the support of communication campaigns for brands with low scores around the importance of portions, for example, [will be necessary].”

How has the Nutri-Score been received by consumers in the markets in which it is currently present?

“Since its introduction in 2017, the Nutri-Score has gained a strong reputation. The media hype that accompanied its launch [resonated with] consumers and its institutional and public health scope gives it a lot of credit. The notoriety of the Yuka application laid the groundwork [for its launch] and rating foods with a letter or a colour code is now a habit.

“The support of companies has also made the Nutri-Score very visible in store. As a result, 90% of French consumers are aware of it, [setting it] far ahead of other scoring systems such as La Note Globale, Siga and Nova, and one third of consumers acknowledge having changed their eating habits.

“Consuming higher-classified foods according to the Nutri-Score algorithm has been associated with a reduced intake of energy and lipids and a higher contribution of carbohydrates and protein to energy supply. [It has also been linked with a higher intake of] minerals, vitamins, beta-carotene, and fibre, […] as well as a better adherence to recommended nutritional values and a healthier antioxidant status.”

To what extent does the Nutri-Score impact innovation?

“Nutri-Score has a strong impact [on innovation] as the achievement of good scores depends on nutritional improvement. Since this score is now ‘expected,’ the whole chain of nutritional improvement [meaning ingredient suppliers, manufacturers, and food companies, as well as their R&D departments,] is impacted to reduce the share of nutrients to be limited and increase foods and nutrients to be favoured.

“As an example, if we look at products that are too salty, several options are possible: