New technologies are bringing cultivated meat closer to the mainstream 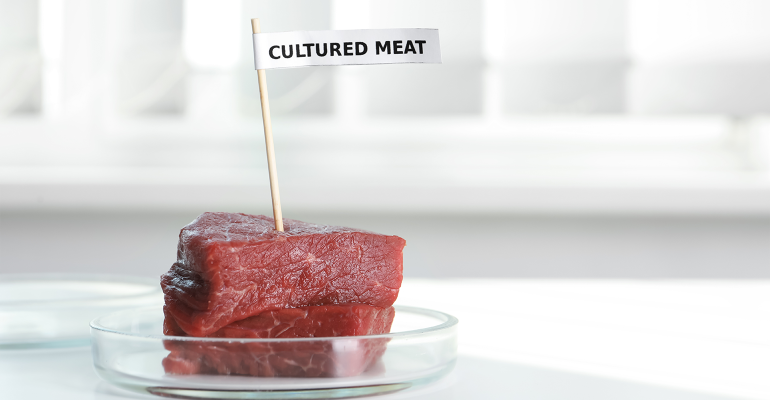 Growing real meat in bioreactors is already a reality, but scaling up production and keeping costs down have been major barriers to mainstream market entry. Now, several companies are making headway with technologies that promise to speed delivery of slaughter-free meat to supermarket shelves.

Ever since Mosa Meat pioneered its lab grown burger in 2013, companies have been working toward developing a new industry that grows meat in bioreactors instead of using animal agriculture. Resulting products are beginning to appear on the market, albeit at a very small scale, including at an Israeli restaurant founded by producer SuperMeat where customers can try its cultivated chicken, and in 2020 Eat Just gained BioBetter, for instance, is an Israeli company that claims to have broken one particular bottleneck in cultured meat production, by using tobacco plants to produce growth factors for cultivating meat.

“It is an abundant crop that has no place in the food-and-feed chain,” said Amit Yaari, CEO of BioBetter. “…Yet the tobacco plant has huge potential to become a key component in the future of food.”

Cultivated meat is grown in a culture medium made of amino acids, nutrients, and growth factors – but growth factors (GFs) such as insulin and transferrin are costly. They are either collected from livestock in small quantities – usually from foetal bovine serum, a mainstay of in vitro cell culture – or are produced via fermentation of yeast or bacteria, but this process requires expensive facilities. According to the Good Food Institute, GFs are typically the most expensive part of cell culture, accounting for 60-80% of culture medium costs.

BioBetter’s approach is to use tobacco plants as bioreactors to express the proteins on a large scale. What is more, plant bioreactors use renewable energy and fix carbon dioxide, are biodegradable, and tobacco plants can be harvested year-round with up to four growth cycles per year. The company says it uses all parts of the plant, making it an efficient use of agricultural space.

Animal-component-free (ACF) cell media are an obvious target for cultured meat producers looking for a sustainable, animal-friendly process – as well as a way to keep costs down. But at the moment, alternatives to foetal bovine serum are few and far between.

Recently, Upside Foods (formerly known as Memphis Meats) has claimed to be the first in the sector to develop a cell media entirely free from animal components. Instead, its cell feed relies on introducing specific nutrients with specific timing to ensure optimal cell growth.

According to the company, “ACF cell feed means we can fully realise our ambitions to promote animal welfare by removing animals from our supply chain… Eliminating animal components means reducing cost and increasing our ability to scale. In other words: our products will be more affordable and more accessible because of this development.”

Improving the texture of cultured meat

Beyond the culture media, recreating the texture of meat has been another major challenge for the sector. US company Matrix F.T. makes plant-based nanofiber scaffolds for cultured meat to help boost cell growth and improve products’ structure and texture. It opened a wet lab in April 2022 to help speed up development of customised scaffolds for producers.

"Before opening the wet lab, Matrix F.T. relied heavily on customer feedback to learn if the scaffolds we custom-engineered for their applications were working," said Teryn Wolfe, Matrix F.T.'s vice president of corporate development. "Now that we can provide partners with a more robust suite of R&D offerings, we're able to have greater control and deliver results at the speed needed to help our customers scale.”

Regulatory approval remains a major hurdle before cultivated meat can appear alongside traditionally raised animal products in supermarkets. In the European Union, products will require novel food approval – a potentially long process – and it is still uncertain what toxicological and nutritional evidence producers would need to provide to allow their approval.

Meanwhile, the sector already has significant backing, including funding from the EU and national governments. Under its REACT-EU programme, the EU granted €2 million to an R&D project developed by the animal nutrition firm Nutreco together with Mosa Meat, for instance, which aims to improve the sustainability of cellular agriculture. The Dutch government also has allocated €60 million to help develop the sector through its National Growth Fund, and in March this year legalised public tastings of cultivated meat, allowing companies to gain valuable feedback and support.