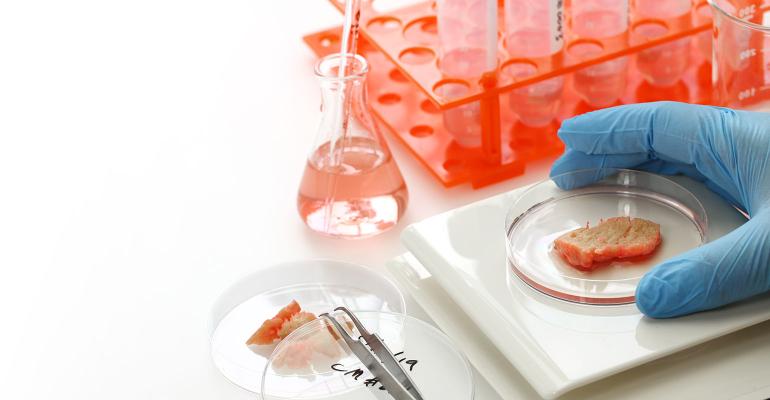 Canadian company CaroMeats will commercialise a novel method for producing steak-like slabs of cell-cultured meat that dispenses with the need for scaffolds and can be scaled up quickly and cost-effectively.

The early-stage start-up, which originated as a research project led by Dr Ravi Selvaganapathy, professor of biomicrofluidics at McMaster University, Canada, is currently raising funds in a seed round and hopes to begin a limited commercial launch within two years.

Its differentiating factor is its novel production method which, according to Selvaganapathy, is superior to methods used by other companies developing cell-cultured steak.

“[…] one of the challenges people come up against in trying to generate a thick slab of any tissue – whether it is meat or another tissue – is you have to integrate vascular networks and channels through which you can perfuse nutrients to feed the cells, provide oxygen and extract waste products as they form in the tissues itself. We figured out we can use other methods and dispense with the need for creating vascular layers,” he said.

CaroMeats’ approach is to grow muscular cells in the form of thin sheets. This means that each cell sheet can directly access the nutrients it needs via the surrounding medium rather than requiring a complex vascular network. Once CaroMeats’ scientists have grown the sheets – each one about as thick as a sheet of paper – they delaminate them and assemble them into layers. The sheets naturally bond to one another and the result is highly dense, multi-cellular, textured tissues that are difficult to produce in other ways, the company says.

Selvaganapathy and his colleague Alireza Shahin-Shamsabadi recently described their method, adapted from a technique used to grow tissue for human transplants, in a study published in Cells Tissues Organs based on mouse data. Since then, they have tried the method using rabbit cells – the final result tasted “meat-like” – and they are currently in the process of obtaining cells for chicken.

The technology will be extended to bovine and porcine cells, and Selvaganapathy hopes to be producing limited batches for partner restaurants and grocery stores within two years. This partial launch will allow the company to gather consumer feedback, tweaking product development accordingly.

‘A rich alternative’ to current offerings

According to CaroMeats, its method offers benefits such as scalability, speed, and cost.

“[…] we are scalable because we can do 10, 100 or 1000 layers, achieving almost any thickness we want, without destroying the cells. We allow them to grow to a high density and then assemble them to form the final tissue-like construct,” said Selvaganapathy.

CaroMeats’ method takes four days of culturing to form the sheets and just a few hours to assemble them, and is cheaper because the reduced culturing time means less growth media is required.

Other cultured meat companies, such as Mosa Meat, Memphis Meat, Aleph Farms, and Super Meat, depend on scaffolds, usually made from plant-based materials or collagen, to provide a structure for the meat cells. With CaroMeats’ technique, however, the tissue cells themselves generate both the scaffold as well as extracellular matrices that naturally occur in tissue, such as collagen and laminin – a “rich alternative” compared to the homogenous, simplistic scaffolds currently in use, Selvaganapathy said. 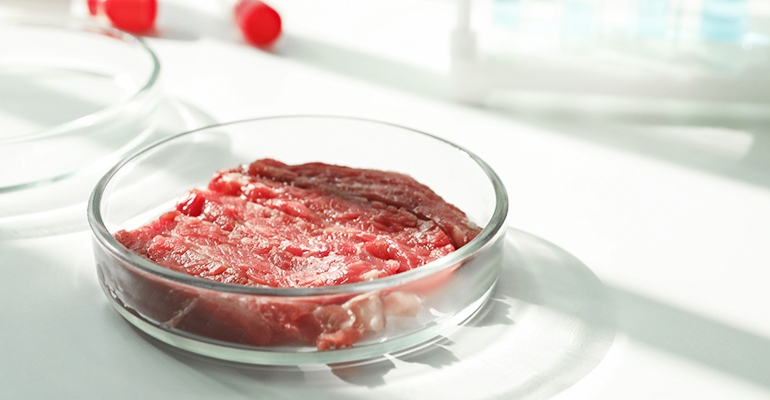 Tunability: ‘We can create as we cultivate’

The layer-by-layer process also allows for an element of ‘tuneability’. CaroMeats can incorporate and build up fat cells, creating different fat contents and replicating the marbled structure of natural meat.

“You can get skimmed milk with one, two or three percent fat and different consumer populations will want different percentages depending on their age or diet, and so on. With meat, often you have to go to different parts of the animal because that’s where the fat distribution is different but here, we have ability to create as we cultivate, and therefore we can provide the desired composition variation,” Selvaganapathy told Fi Global Insights.

Describing CaroMeat’s technology as “quite different and distinct”, Selvaganapathy said the company is also investigating how to ‘exercise’ the cells as this can change the sensory profile of the meat. Beef from grass-fed cattle that have been free to roam in fields, for instance, has a distinct taste and texture profile compared to beef from a cow raised in a feedlot or Kobi beef, and one of the reasons for this is related to exercise.

By subjecting the cultured cells to biophysical forces that stretch them, the cells respond by forming thicker fibres, as if they were being exercised.

“That’s the tunability I was talking about,” Selvaganapathy said. “Ultimately what I see this field evolving into, is one where a chef in France will say, ‘I want this meat from this region and from this type of cow cultivated with this amount of fat and this level of exercise’, and that can be repeatably created. […] We can provide that level of customisation.”

In a bid to make its products more consumer-friendly, CaroMeats has been working to reduce its use of foetal bovine serum (FBS), which is taken from a cow foetus meaning any product made using it cannot be considered slaughter-free. So far, it has slashed its use by 70% in the past year and hopes to commercialise a serum-free product made using immortalised cell lines.