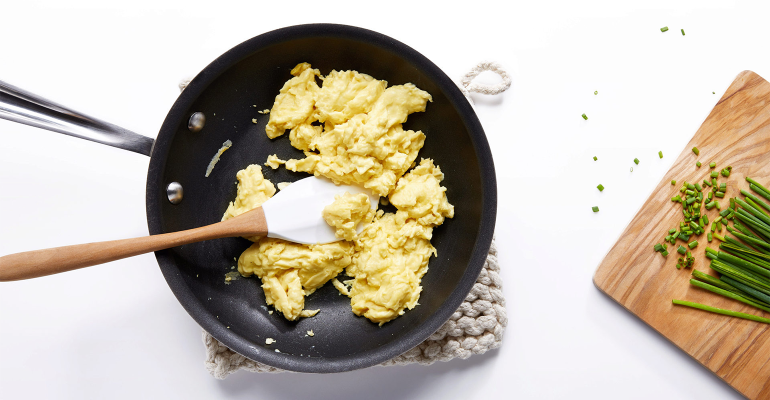 Why attend the Fi Webinar Series

Alternatives to traditional animal-derived products have exploded in popularity over recent years. So much so that the plant-based alternative market in Europe is expected to reach a value of around €7.5 billion by 2025, increasing by €3.1 billion in just over 5 years, data from the Good Food Institute (GFI) shows.

While the number of meat and dairy alternative products available to consumers is growing daily, egg substitutes are much less common. Amongst consumers who report to be actively trying to decrease their consumption of animal-based products, only 11% say that they have recently purchased plant-based eggs.

However, in the US, the plant-based egg sector has already reached a value of $10 million, and in certain locations in Europe such as the UK and Germany, this space has seen growing and strong potential demand over the past few years.

The challenge to replicate traditional eggs

From emulsification to coagulation, to binding and thickening, eggs provide a range of functions which are essential for various end applications in food production. Due to their unique texture and properties, ingredient manufacturers have found that traditional eggs are challenging to replicate in plant-based form.

Eggs, as we traditionally know them, are high-protein, clean label ingredients which amongst other end-applications are particularly effective in adding flavour to food products and in improving the consistency and appearance of baked goods.

Yet, as consumers become increasingly more conscious of where their food is coming from, many are making the shift towards a plant-based diet. Most commonly derived from chickens, eggs do not fit into the vegan trend that we are currently seeing sweep the Western world. 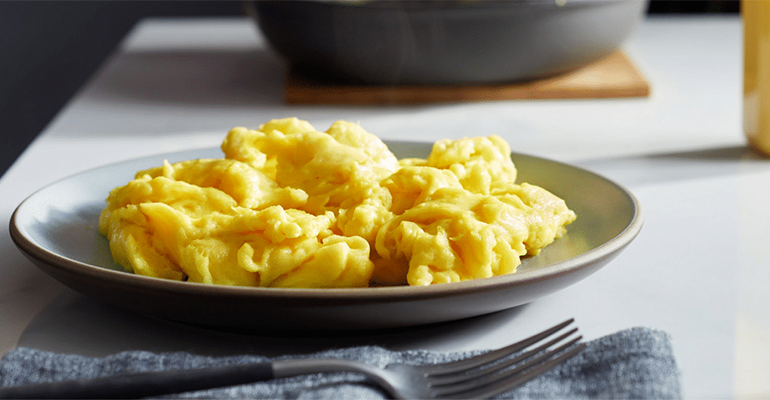 Brands operating in the egg-alternative space

Containing only plant-based ingredients, as well as significantly reduced amounts of cholesterol, vegan egg alternatives such as JUST Egg and Vegan Egg by Follow Your Heart, are rising in popularity.

EggField, Zurich-based startup, is one example of a company that is operating in this space, hoping to break ground with its vegan egg alternative product.

Containing optimized aquafaba made from chickpea and yellow pea water, and lemon extract, EggField One, the brand’s flagship product, replicates many of the functionalities of traditional chicken eggs. Created with the aim of substituting the functionality of eggs rather than replacing the entire egg itself, the product is neutral in taste and can be used as in ingredient in food processing.

To achieve thermocoagulation, EggField has produced a ‘power ingredient’ which is a plant-based mix of proteins and starches that, when combined with the aquafaba, can be used to make foodstuffs such as quiche, omelette, and burger patties.

EggField One is additive- and allergen-free, and only uses natural ingredients without the need for stabilisers or preservatives. Despite being slightly more expensive than the traditional alternative, consumers have shown to be willing to pay a premium for the product due to its vegan and sustainability credentials, Silvan Leibacher, co-founder & CEO said.

Currently aimed at the B2B market, the product is available in several stores across Switzerland, and is already being used by professionals in the gastronomy, food processing and restaurant sectors.

The benefits of plant-based eggs for consumers and manufacturers

As consumers continue to assign greater importance to the effect of their food consumption on health, the environment, and animal and human wellbeing, manufacturers are responding with products such as those listed above, which offer plant-based alternatives to traditional animal products.

At the same time, for food manufacturers, offering alternatives to consumers may prove to be an effective tactic of safeguarding both sales and the resource pipeline from potential disruptions and shortages.

Eggs, which are fragile, perishable, and prone to volatility and price hikes, such as those brought on globally by the recent Ukraine crisis, are certainly one ingredient which could benefit from having an easily accessible, effective alternative.