From hard soda to alcohol-free beer: Opportunities in beverage development 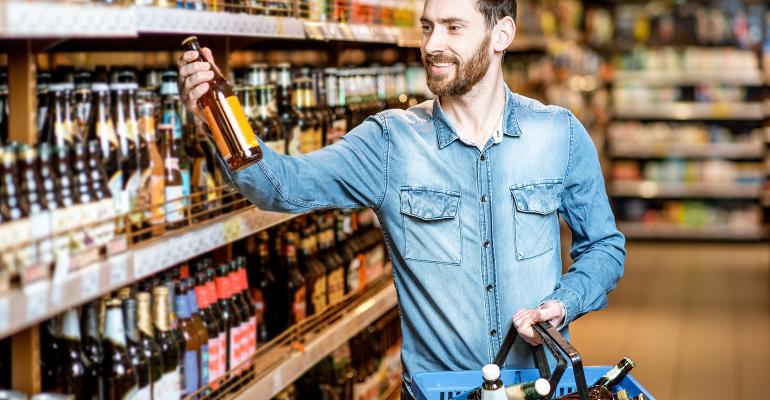 With soft drink players like PepsiCo and Coca-Cola launching ‘hard’ sodas and seltzers while alcohol giants such as Guinness and Tanqueray develop alcohol-free versions, opportunities for product development in the beverage category are huge.

A growing number of people – particularly young people – are reducing their alcohol intake throughout the year, not just Dry January.

Figures from Innova Market Insights show that 4% of all beers and spirits launched globally in 2021 contained no alcohol at all, rising to 7% among flavoured alcoholic beverages. It estimates that as much as one third of Generation Z consumers aged 18-25 say they never drink alcohol.

The trend is not limited to young consumers. According to market research company Mintel, which has been tracking the trend for moderate drinking since 2016, one third of UK adults moderated their alcohol intake in 2019 and in 2020, 18% of UK adults said they had resolved to continue cutting back on alcohol.

In a sign of confidence in the low- and no-alcohol drinks category, some big alcohol brands have entered the fray. Gin giants Gordan’s and Tanqueray recently launched alcohol-free versions of their drinks while Guinness launched a zero-alcohol version of its stout. American-Canadian brewer Molson Coors introduced Huzzah, a functional non-alcoholic seltzer that contains probiotic strains.

As established brewers and distillers explore the nascent no- and low-alcohol market, traditional soft drink players are entering the alcohol category, blurring the category lines between hard and soft drinks.

Meanwhile, last year, PepsiCo partnered with The Boston Beer Company, whose portfolio includes beer, cider, hard seltzers and alcoholic teas, to produce an alcoholic version of its popular Mountain Dew. The product, Hard Mtn Dew, has an Alcohol by Volume (ABV) of 5%.

Although people want to drink less alcohol, they may still crave a drink that helps them relax and unwind in social settings.

Botanicals such as CBD, which has relaxing properties but does not contain the psychoactive substance THC, therefore holds appeal. Cannabis consultancy Prohibition Partners notes that nearly every segment of the traditional beverage market now counts a cannabis-based alternative, from wine to beer, tea to coffee, soda to seltzer. 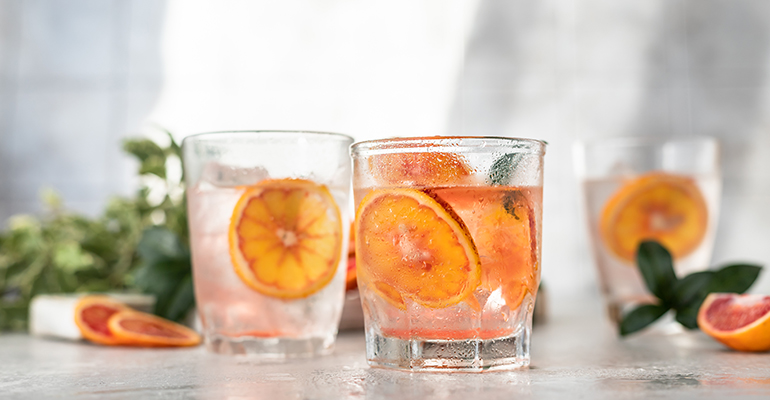 Functional beer as a nascent sub-category

Its flagship beer, Trail Blazer, is an unfiltered golden ale brewed with sea salt and blackcurrants, which provide a natural source of minerals and electrolytes that are important for post-activity recovery, the company says. It also makes a low-alcohol beer (0.3% ABV) with added electrolytes that contains the same amount of potassium as a banana.

The company initially came up against a regulatory barrier when developing its functional beer.

“[…] in the early days of Rally, our founder pitched his favourite pale ale fortified with electrolytes, which as it turns out is illegal. We brew our functional beers with superfood and functional ingredients so that we achieve the nutrition profile we are aiming for using whole ingredients that are a part of the brewing process,” it says.

Fungtn is a UK start-up that blends alcohol-free beer with adaptogenic mushrooms, such as lion’s mane, reishi and chaga. According to the company, the products are not only hangover-free but contribute positively to mind and body.

“Super foods’ compounds such as adaptogens, of which ginger, ashwagandha, and functional mushrooms are just a few, can help consumers eliminate toxins, eat well, and get lots of sleep (this does not always go to plan).  We brew craft beer with functional mushrooms that function as adaptogens. They help support consumers to adapt to stresses and help keep their mind and body in good form,” says Fungtn founder Zoey Henderson.

According to Howard Telford, head of soft drinks research at Euromonitor International, functional beverages will drive growth in the “resilient” energy drinks category; however, this growth will be increasingly diffused across product categories, ingredients and flavours, reaching a wider audience.

“Functional beverages remain a primary source of value growth in the global non-alcoholic drinks industry. As we hope for recovery this summer and into 2022, the ability to capitalise on new routines being formed and the ‘great reset’ in consumer routines will go a long way in determining the strength of the industry’s recovery and ultimate success on the shelf,” he says.

Nevertheless, barriers to uptake remain. Price is one – a 12-pack of Fungtn’s adaptogenic low-alcohol lager, for instance, costs £33.60 – and perceived taste.

“Nearly one in five UK drinkers who have tried low/no alcohol drinks miss the intense and complex flavours of alcohol,” writes Martin Pasco, food and drink senior global analyst at Mintel. “This means there is still a job to be done in innovating low/no alcohol with the flavour complexity which delivers the ‘bite’, ‘kick’ and mouthfeel of alcohol.”