Towards a flexitarian future: The rise of blended meat 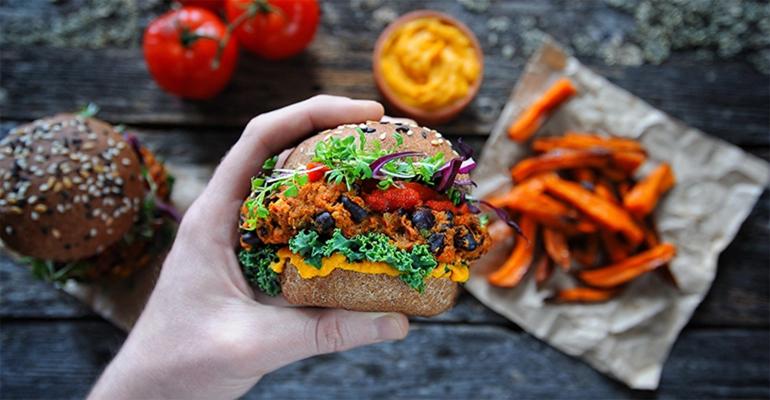 A rising trend for meat reduction and plant-based eating is providing a growing market for so-called ‘blended’ meat products, in which meat is combined with vegetarian ingredients commonly used in meat alternatives.

Even in a traditionally meat-loving country like France, per capita annual meat consumption has fallen by 9% in the past 20 years to 84 kilograms in 2017, according to its national statistics agency FranceAgriMer – although this is still well above the European Union average of 64 kilograms. Meanwhile, research institute Xerfi reports that sales of vegetarian meat alternatives jumped 82% in France in 2016 alone.

Europe-wide, hybrid products like hamburgers, fish sticks, meatballs and sausages have proliferated in recent years – although manufacturers have not necessarily marketed them as lower in meat. Only now are brands emerging that play up their products’ meatless components, such as Debbie and Andrew’s Flexilicious in the UK, which makes a variety of beef sausages with 40% beef, blended with vegetables and legumes.

Known as meat extenders, vegetarian ingredients have been used for decades to lower costs associated with meat products, but cost is no longer manufacturers’ only concern. Commonly used extenders generally have binding properties, but their nutritional value can vary widely. While soy-derived ingredients like soy protein and soy flour traditionally have made up the majority of fillers and extenders used in low-fat commercial meat products, other ingredients are coming to the fore, including pulses and lower protein ingredients like cereal grains and vegetables.

Such ingredients can provide bulk, fibre, texture and flavour in meat products, cut saturated fat and boost nutrition – and many consumers have become more open to the idea of vegetable-meat blends as they seek to reduce meat consumption for the sake of their health and the environment.

Companies like Scelta Mushrooms, which promotes mushrooms as an add-in for traditional burger patties, says its ingredients don’t just cut costs, but also add juiciness and improve the nutritional profile and flavour of burgers.

“The blend burger initiative has come from the US and has gone from hype to trend to common food, at this moment the same is happening in Europe,” he said. 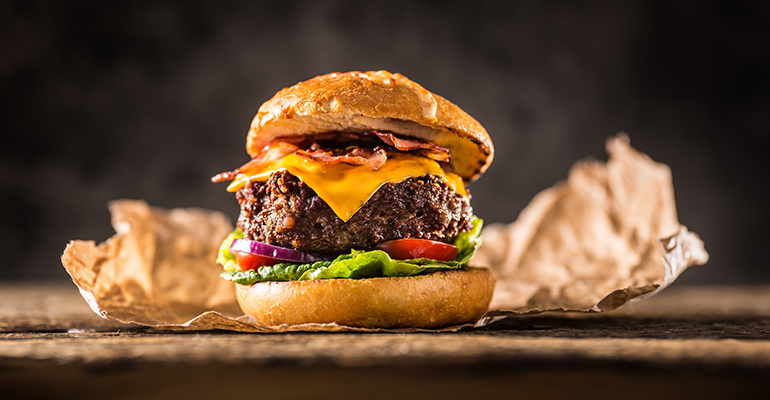 Although still at an early stage, the United States is the leading market for hybrid meat products, as several major meat companies have introduced products marketed as ‘blended’ for mainstream consumers. Major poultry processor Perdue Farms, for example, has launched chicken tenders, nuggets and patties made with cauliflower, chickpeas and plant protein as well as chicken, and Hormel Foods has introduced turkey or beef burgers blended with mushrooms under its Applegate brand.

Applegate president John Ghingo says the products are made for “for conscious carnivores, people who crave meat, but also want to incorporate more plant-based foods into their diets”.

From a consumer perspective, the health and environmental costs of eating meat have gained a lot of attention, and so-called “conscious carnivores” represent a demographic on the rise. As many as three in ten Britons say they aim to reduce their meat consumption, according to Mintel figures, while two-thirds of those in the US say they are eating less of at least one meat.

"By blending meat with mushrooms, not only were we able to create a burger that is juicy and flavour-packed, but also more nutritious, with fewer calories and less fat, than a regular beef burger," Ghingo said in a statement.

Other ingredients intended for blended products include pea protein, lupine, fava beans, wheat and rice, all of which reduce the fat content of meat while also making it more succulent.

Roquette, for instance, is a major supplier of pea ingredients, including pea fibre that can be injected into whole muscle meat to create a tenderer, juicier steak, or used in minced meat or emulsified products.

“Its high functional properties make it a perfect ingredient to improve yield and texture of processed meat while preserving the taste and good nutritional values,” said a company spokesperson.

Compared with vegetarian meat alternatives, blended products also avoid the enormous challenge of relying on plant proteins to mimic the taste and texture of meat. As meat-eating consumers continue to look for ways to cut their meat consumption, the emerging blended meat category could provide the best of both worlds.