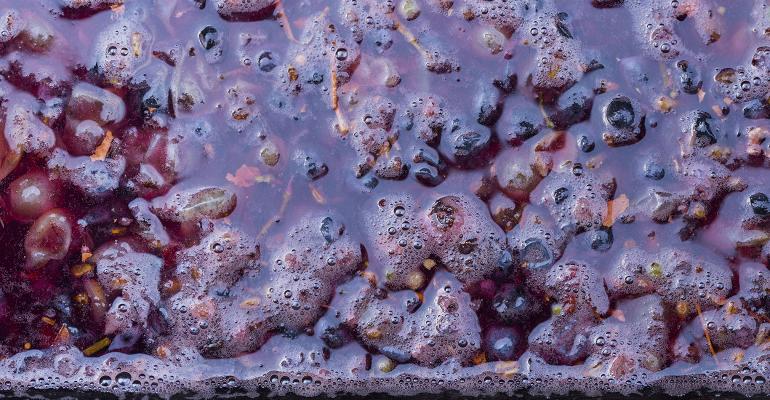 Israeli start-up Nutrilees has developed a proprietary process to remove the sour taste from wine lees, bringing a new antioxidant-packed, upcycled ingredient to the market.

Wine lees are the residues that appear at the bottom of wine production tanks after the fermentation process, and are typically made up of yeast, tartaric acid, phenolic compounds, and other inorganic materials.

Although lees are not desirable in wine, they are nutritious with an anthocyanin content of between 6 and 11.7 mg per gram of dry weight and around 29.8 mg of other phenolics. This high bioactive molecule content makes them particularly interesting for the food, nutraceutical and pharmaceutical industries but product development has been held back by a strong sour taste and smell.

However, Israeli start-up Nutrilees that has fine-tuned a process to remove the unpleasant taste and smell compounds says it can produce a tasteless, nutrient-packed purple powder that is high in protein, dietary fibre, polyphenols, and minerals.

This could add value to what has been heretofore been considered a waste product. A total of 14.5 million tons of grape by-products are produced annually in Europe alone, according to a recent review published in Sustainability journal, and scientists have called for more efforts to be directed into developing sustainable solutions that deal with this waste from wineries and vineyards.

According to Yaki Harel, Nutrilees’ CEO, it is providing one such technological solution.

“A total of about 30 to 35% of grapes end up as waste, with the remaining percent turned into wine. In percentage terms, having 30% of your raw material that turns into waste is a tremendous downside and the impact of being able to reuse some or even all of it could have huge impact on climate change and [the wine industry’s] carbon footprint,” he said.

Nutrilees’ ingredient was developed by Meir Shlisel, a researcher who specialises in wine chemistry at the Tel-Hai Academic College in northern Israel, and Nutrilees’ CTO and co-founder.

“[Lees] are very sour and affect the environment because you can’t do anything with them but bury them in the soil,” Shlisel told Fi Global Insights. “However, this waste material is actually very nutritious because it has about 30% protein, 50 to 60 % nutritious fibre, and polyphenols that have antioxidant properties.”

Working with his student, Yochanen Gerber, Shlisel developed a low-cost and efficient process to eliminate the sourness and unpleasant taste.

Commercialisation began when the researchers teamed up with Harel, an entrepreneur with over 25 years’ experience in the food industry, including as the CEO of Israeli CPG brand Rafael’s Healthy & Tasty.

Harel says he recognised Nutrilees’ process as one of “turning garbage into gold”, and the start-up has received the backing of flavour giant IFF through its FoodNxt Innovation Laboratory, a science-based hub dedicated to accelerating food, nutrition and functional ingredient companies.

Nutrilees has now finalised its proprietary process – details of which are not being communicated – and it plans to begin production in early 2021. 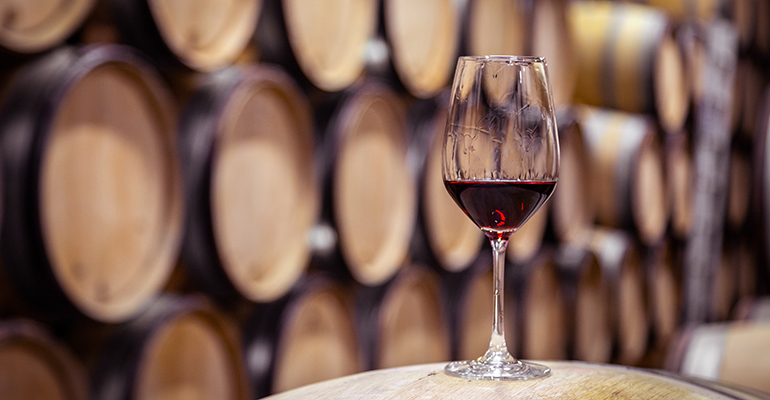 The powder is deep purple which adds a purple hue to products such as cereals, protein bars, pasta and ice cream. When used as an inclusion in dark products such as chocolate, it does not impact the final product’s colour.

Regarding its route-to-market strategy, Nutrilees will start with a range of consumer-facing products to familiarise the public with the novel ingredient but plans to move into the B2B sector soon after, supplying brands with its product.

It sees the snack category as a good starting point.

“In order to demonstrate the benefits of this powder, we decided the first products we sell would be savoury snacks because they are high in calories but low in nutritional value,” said Harel. “Therefore, by adding [our] powder we can make the product healthier without compromising the taste or needing to mask the flavours using additional substances. By adding 10% of powder, the protein value of the finished product is increased by 2.5% and the fibre content by 5.5%. Western food products lack fibre so that is a huge advantage.”

Waste not, want not

Nutrilees sees is proud of the fact it is transforming a would-be waste product into a nutritious ingredient, and plans to add a logo to its products highlighting the use of an upcycled ingredient.

Upcycled foods are made with ingredients that otherwise would not have gone to human consumption, are procured and produced using verifiable supply chains, and have a positive impact on the environment, according to a recent official definition from The Upcycled Food Association.

The definition was decided upon by a taskforce of industry stakeholders, researchers and representatives from non-profits such as ReFED and the Worldwide Fund for Nature (WWF) last year, and will be used for future product certification and to increase awareness of the term.

Harel did not specify whether Nutrilees would use The Upcycled Food Association’s logo. However, the concept of upcycling is appealing to ethically-minded consumers, he said.

“This is a term that new age consumers are looking for. Our product is clean label and nutritious, sustainable, and socially responsible; those are the claims and story behind Nutrilees,” he added.

Market research indicates that consumers, particularly younger generations, are increasingly taking environmental concerns into account when buying food and drink. Almost one-third (32%) of Millennials and one-quarter (25%) of Gen Z consumers say they almost always or usually base purchase decisions on sustainability, compared to just 17% of Baby Boomers, according to research conducted by the US-based Hartman Group.