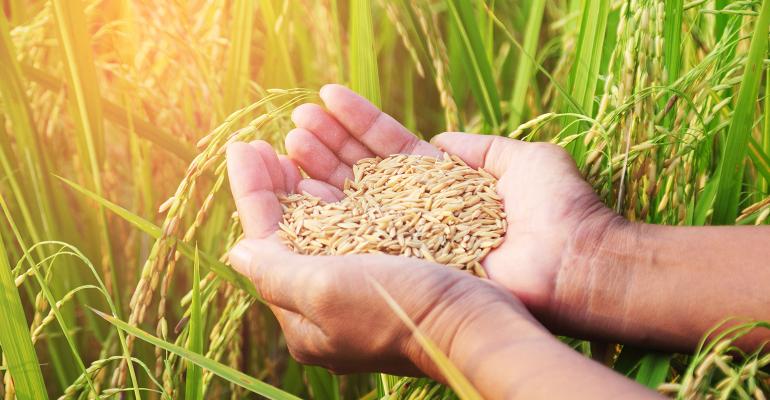 Climate change is making some crops less nutritious while others can even become toxic. What can be done, and could food fortification become even more important?

Kristie Ebi, professor of global health and environmental and occupational health sciences at the University of Washington, studies the impact of climate change on the nutrient content of food.

With colleagues, she conducted outdoor field studies in China and Japan, growing different strains of rice in air that had the same atmospheric concentration of CO2 that is predicted for the year 2100.

The issue of crop nutrient loss is not limited to rice. Current scientific understanding is that when major cereal crops are exposed to higher concentrations of CO2, they respond by synthesizing more carbohydrates, less protein, and fewer minerals, she said, and wheat is also vulnerable.

In addition to worsening micronutrient deficiencies, some researchers suggest the problem could even make the obesity crisis worse. When faced with a mineral deficient diet, people may unconsciously compensate by eating more of the carb-rich, starchy cereals that form the bulk of their daily diet.

Irakli Loladze from the Catholic University of Daegu, Republic of Korea, who analysed data on nutrient levels in 130 plant varieties said:

“Clearly, adding a spoonful of sugar sporadically to one's diet is not a cause for concern. However, the inescapable pervasiveness of globally rising atmospheric CO2 concentrations raises new questions: What are health consequences, if any, of diluting every 100 g of dry mass of raw plant products with a spoonful of starch-and-sugar mixture? What are the consequences if the dilution is not sporadic but unavoidable and lifelong?”

While Loladze said this question is better left for nutritionists, he noted the World Health Organization recommends that the intake of free sugars does not exceed 5% total energy, equivalent to between five and eight teaspoons of sugar for a typical 2000–3000 kcal diet per day.

Accumulation of toxins in crops

Environmental stresses can also trigger biochemical reactions in plants that go beyond a depletion of minerals; in some cases, toxic compounds like nitrates can accumulate. What’s more, some of the most susceptible crops to nitrate accumulation are also some of the world’s most important food crops including barley, maize, millet, sorghum, soy, and wheat.

In normal growing conditions, plants convert nitrate into amino acids and protein. During drought, however, this process is slowed down or even halted, which causes nitrate to accumulate indefinitely, leading to levels that can be toxic to humans and animals.

Other crops, such as cassava – a staple food in many African and Latin American countries – can build up dangerous levels of toxic hydrogen cyanide when they are water-stressed.

A 2016 report by the United Nations Environment Programme (UNEP)selected toxic accumulation in crops as an emerging environmental concern in the era of climate change.

It warned that, given the delays in the past 25 years in mitigating and adapting to climate change, such losses and damages from climate change are “inevitable” and would have profound consequences for ecosystems, people, and economies. “This is already happening,” it said. 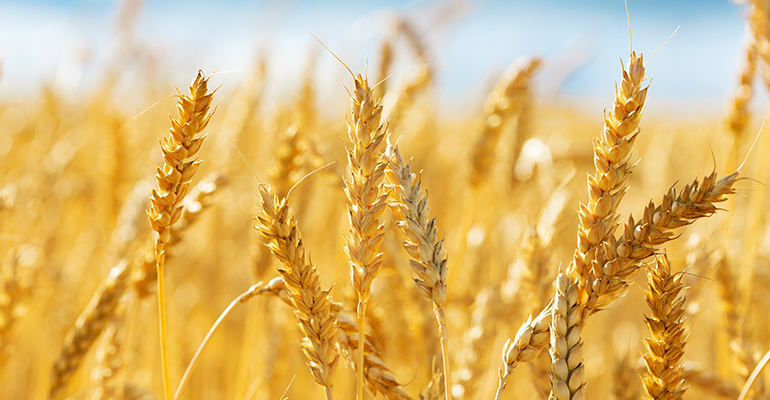 So, what can be done?

Biofortification involves developing nutrient-enriched staple crop varieties that are nutritious, high-yielding and climate-smart – GAIN uses traditional plant breeding methods but it can also be done through genetic modification – while mass fortification involves adding vitamins and minerals during food processing to staples, such as maize meal, wheat flour, and rice.

The work of GAIN involves rolling out both biofortification and mass fortification across Africa and Asia. Penjani Mkambula, lead for food policy and finance at GAIN’s food fortification programme told Fi Global Insights that mass fortification is effective because it can reach large segments of populations and does not require changes to consumption patterns.

According to the Geneva, Switzerland-headquartered organisation, there are also few negatives consequences to mass fortification. It recently commissioned an analysis by environmental strategic consultancy Quantis to calculate the carbon footprint of fortified foods. Quantis concluded that, given the small quantity of vitamins or minerals added to the food, the carbon footprint of fortification is 1,000 times less than the impact of the food itself.

“[This is] more so when we consider that the alternative would be to develop new nutrient-dense foods or farming more land to offset the nutrients losses due to climate change,” Mkambula added.

Mass food fortification is also a cost-effective solution. GAIN estimates that every $1 invested in fortification generates $27 in economic return from averted disease, improved earnings, and enhanced work productivity, and it has been backed by the World Bank as one of the best investments in development for its cost effectiveness.

However, fortification’s proven effectiveness (and cost-effectiveness) in tackling hidden hunger has not resulted in a universal roll-out that has put an end to the problem.

Writing in E-Life Sciences, Loladze highlighted “the reality of logistic, economic, and cultural hurdles for fortification” which means it remains inaccessible for millions of people around the world.

Iodine deficiency, for instance, has been eradicated in developed countries simply by fortifying table salt with iodine but iodine deficiency is still responsible for preventable conditions, such as brain damage and lower IQ in children, in many parts of the developing world.

As for crop toxicity triggered by a plant’s own biochemical responses, UNEP said this has “yet to be resolved” although the methods used to detect toxins are becoming cheaper and more mobile, which can facilitate their uptake and help ensure food is safe to eat.

Mitigating climate change, the root cause of the problem, requires action from all sectors of the finance and business worlds.

The UN Environment Programme called on the financial sector to recognise that its role is not confined solely to enhancing economic growth; it also has a critical role to play in investing in low-carbon, resource-efficient and environmentally sound assets.

In addition to individual company pledges, industrial players are increasingly coming together to adopt sector-wide pledges that aim to stimulate peers through pre-competitive collaboration.

One innovative solution led by the financial sector is We Mean Business, said UNEP. The coalition of over 554 global companies and investors, with combined revenue of US$7.8 trillion has committed to decarbonising their businesses by actions such as using electricity from renewable sources, reducing short-lived climate pollutants, or investing in low carbon assets.