Vegan cheese alternatives are on the rise – but challenges remain 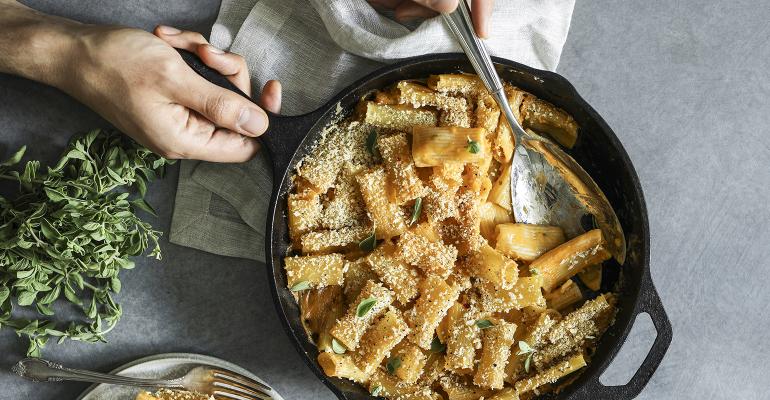 The quality and range of dairy alternatives has increased dramatically over the past few years but, until recently, plant-based cheese was an exception. Now, an increasing number of companies is exploring new ways to make cheese alternatives that beat historic taste and texture challenges.

According to Mintel, the latest vegan cheese innovation builds on success in other plant-based dairy alternatives, with ingredients like cashews, almonds and oats showing the strongest growth in non-dairy cheese over the past five years.

Traditionally, plant-based cheese has been made either with ingredients like vegetable fats and starch, or through fermentation and maturation using cultures. Some of the most popular vegan cheese brands, such as Violife and Daiya, have found success with the former approach, making cheese alternatives that explicitly aim to mimic the taste and melting texture of dairy cheeses. However, cultured products tend to have a richer flavour and higher protein level, and recently Violife has said it is exploring fermentation options that can be scaled up easily.

What’s in a name?

UK-based Tyne Chease Ltd makes a product based on cultured cashew nuts, but is legally not allowed to call it ‘vegan cheese’ – despite this being the most common label among vegans and non-vegans alike.

He said the legal requirement to use terms like ‘vegan cheese alternative’ automatically initiates a comparison to dairy cheese in the consumer's mind, which is a hurdle for companies like Tyne Chease, which specifically aims to avoid marketing its product as an alternative to cheese.

“It's likely not going to be an issue that's resolved very soon, but as more and more companies are beginning to produce vegan products, we hope to see some legislation changes to support us,” he said. 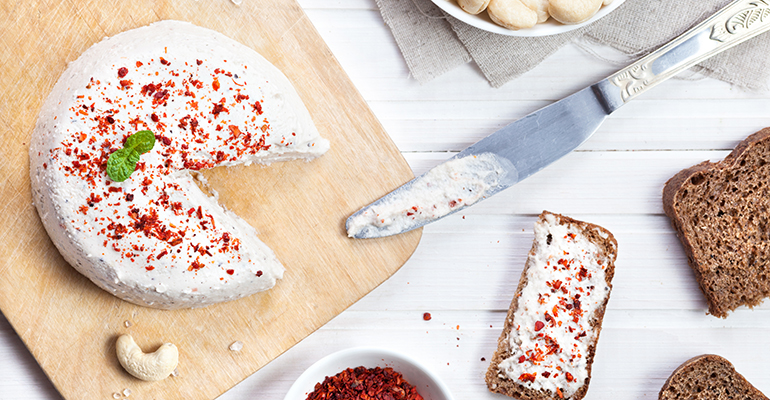 Many cultured products are based on nuts, but Stockeld Dreamery is a Swedish company that aims to use fermented pulses instead. Its first product is still under development.

“It has a nutritional profile which is more similar to a feta cheese with a high protein content and low in carbs,” said company founder and CEO Sorosh Tavakoli. “While our product is similar to a feta, it's not designed to fool anyone. It has a unique and honest flavour which, similar to most fermented products, requires some getting used to.”

However, he understands there is still a long way to go for non-vegan consumers to include plant-based cheese in their regular diet – especially given the reputation of vegan cheese until now.

“Consumer expectation is a really big challenge as many consumers have given up on plant based cheese given its poor performance,” he said. “How can we get people to give cheese a new chance? Technically we feel we are still only scratching the surface. This space is under researched and there are big advancements yet to be made around texture, microbiology, flavour and every other aspect you can imagine.”

According to Mintel, the next generation of plant-based cheeses needs to be more than just ‘dairy-free’, especially if companies want to tap into the potentially lucrative flexitarian market. Manufacturers will need to focus on boosting nutritional value to compete with dairy cheese, especially for protein and calcium, the market researcher says.

“Our perception is that the current first generation products are still leaving consumers disappointed,” he said. “If we are to get non-vegans to consume cheese made from plants, we need to see big advancements in flavour and texture primarily, making products that people actually want to eat. Second we need to improve on nutrition, where plant-based alternatives consistently fail to compete with animal-based alternatives.”

According to Deane, increased availability and quality will be crucial in expanding the category, but ultimately, fundamental issues are likely to drive future growth.

“Historically, vegan cheese has been sub-par, but in recent years the standards have risen to new heights,” he said. “…I think improving quality will spur further demand, but it's not the only factor that will do so. Rising awareness of big issues such as climate change and animal welfare, along with increasing public awareness of the health benefits of plant-based diets among other factors will cause demand in all vegan product markets to rise exponentially in the coming years.”