HomePlant-basedWhat is the market potential for plant-based seafood?
Recent
Exploring the benefits of fibre beyond the gut
Jan 24, 2022
Plant-based protein innovation promises brighter future
Jan 21, 2022
Sustainable protein solution gets ready for market
Jan 20, 2022
Food waste: a renewable source of plastic packaging
Jan 20, 2022
Final countdown begins for front-of-pack labelling and nutrient profiles
Jan 20, 2022
Plant-based: The canvas for innovation [On-demand webinar]
Jan 19, 2022
The latest in lactose-free innovation
Jan 17, 2022
“The most enjoyable part of my job is the satisfaction of knowing that I’m helping sell products that are safe, truthful and compliant.” - Claudia Mucciardi [Interview]
Jan 13, 2022

What is the market potential for plant-based seafood? 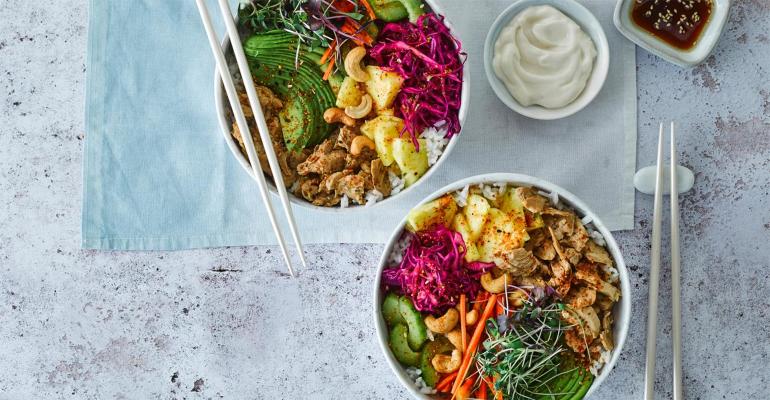 Plant-based meat has made headlines across the world, while fish alternatives have been left behind – but now a handful of startups and big-name investors is starting to take the sector seriously.

The plant-based fish and seafood market represents a tiny fraction of the meat alternatives market, according to alternative protein advisory group The Good Food Institute, with annual sales of just $10 million in the United States – the biggest market for such products so far – compared to about $1 billion for other plant-based meat alternatives.

However, if companies can convince consumers of their benefits, the potential for fish alternatives could be enormous, especially given that fish and seafood account for about 17% of human protein needs, according to FAO figures.

“Drivers include niche markets like pregnant women, children or others wishing to avoid mercury or are at some level health vulnerability,” said Chris Kerr, founder and CEO of Good Catch, a US-based manufacturer of fish alternatives. “Some may focus on sustainability, allergens, food safety – others, ethical or religious drivers. And, of course, there’s always the simplicity of taste – plenty of people may not want a truly fishy taste, where a clean flavour of the ocean is preferred.”

The most popular fish-free alternatives

People eat hundreds of species of fish and seafood, meaning that companies must choose carefully where to focus their attention, but the most popular fish alternative products so far include processed fish-free products like breaded and battered fingers and fillets, as well as tuna-like flakes from the likes of Good Catch, sashimi-style eel and tuna from companies like Ocean Hugger, and even plant-based shrimp from New Wave Foods.

“We are confident we can make most replacements for flaked finned-fishalternatives,” said Kerr, giving the examples of tuna, salmon and whitefish. “We need toconsider texture, taste and form…Shellfish are more problematic; texture is very difficult.” 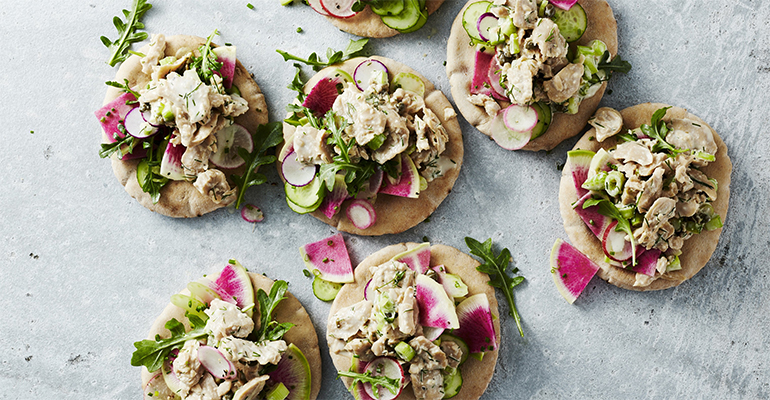 The company so far produces three varieties of plant-based flaked tuna: Naked in Water, Mediterranean, and Oil & Herbs. Later in 2020, it aims to launch three other products: plant-based crab cakes, fish burgers and Thai-style fish cakes. All items are based on a six-legume blend of peas, chickpeas, lentils, soy, fava beans and navy beans, which the company says produce a flaky, seafood-like texture. Algae oil is used to add flavour and nutrition – specifically the omega-3 fatty acids that many consumers lack.

High-protein ingredients are not the only approach, however. Ocean Hugger’s raw tuna substitute is based on tomatoes, for instance, while New Wave Foods’ shrimp alternative is made from seaweed. Good Catch is exploring different approaches to replicate other seafood, too, including whole fillets and shrimp.

“We have to use both food science and theculinary arts…and each offeringwill likely be more dependent on one side of the effort or the other – either science or art,” said Kerr.

High-profile investors from the meat industry also have thrown their weight behind the faux fish sector, signalling their willingness to make space at the table for such products in the future. German poultry producer PHW has invested in Good Catch, for instance, while US meat giant Tyson Foods has invested in New Wave Foods. What is more, retailers have started to release their own private label fish alternatives, including Tesco in the UK, which recently announced its intention to launch battered fish-free fillets, and Aldi in Germany, which offers its own fish-free fingers. 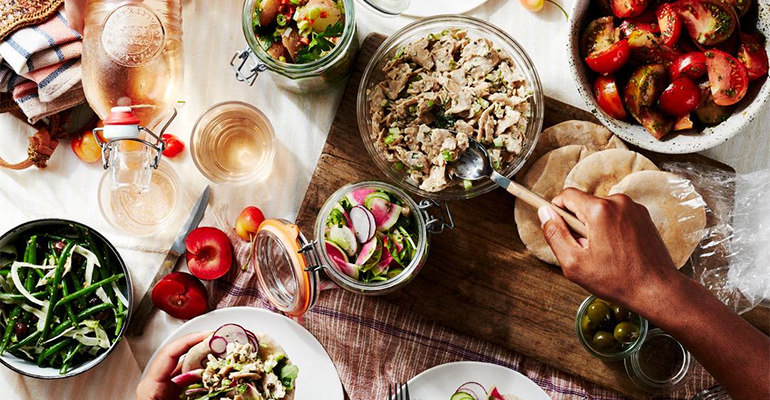 However, considering the relatively small size of the fish alternatives market so far – and consumers’ generally positive attitudes toward the health profile of fish – it remains to be seen whether demand will increase as a growing range of plant-based options becomes available in the coming years.

Kerr is optimistic that consumers will turn to plant-based seafood as they see how it could help address some of the problems in seafood supply chains, such as declining stocks and bycatch of other fish, sharks and sea turtles – especially alternatives to fish like tuna that are often used in quite simple foods, like a tuna melt.

“At the end of it, all theconsumer gets is some protein and fish oils…along with mercury and/or other undesired contaminants. If we can provide the same short-term culinaryexperience with near-identicalnutrient values, without these collateral consequences, why not try to?” he said.