How to make fruit juice healthier 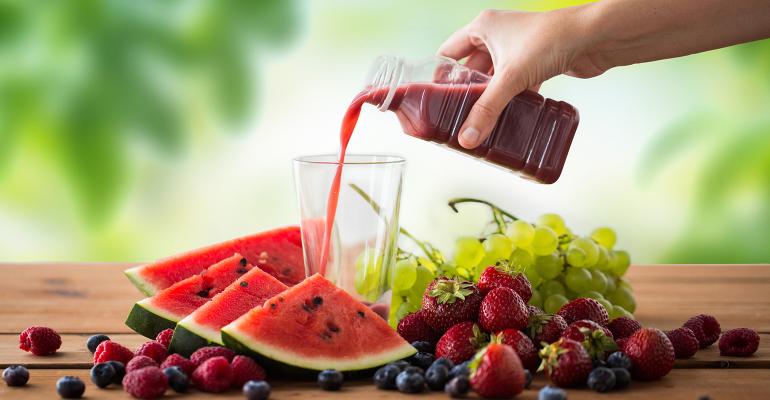 After more than a decade of decline, fruit juice sales are experiencing modest growth boosted by COVID-19 - but concerns over sugar are still there. Yeast, enzymes, and membrane separation are just some ways manufacturers can reduce sugar to make fruit juice healthier.

From a nutritional perspective, the naturally occurring sugar in fruit juice is the same as the sugar added to soda.

The World Health Organization’s definition of free sugars includes monosaccharides and disaccharides that are added to foods and beverages by the manufacturer or consumer, as well as sugars naturally present in honey, syrups, fruit juices and fruit juice concentrates.

Although 100% fruit juices have a healthier reputation that sugar-sweetened soda, nutritionists warn that the body does not differentiate between the two. An eight-ounce (236 ml) glass of fruit juice and cola both contain around 30 grams of sugar.

Furthermore, most commercial juice brands remove the skin and pulp, which are important sources of nutrients and satiating fibre, wrote Toronto-based dietitian Cara Rosenbloom for the Heart and Stroke Foundation of Canada.

“You aren't likely to eat three apples in one sitting, but it's easy to drink the equivalent in eight ounces of juice. With a sugar avalanche such as that, your body doesn't care where it comes from. Yes, fruit juice contains ‘natural’ sugar — but that does not make it healthier than the sugar in cola,” she added.

‘Modest growth’ after a decade of decline

Concerns over sugar (along with other factors such as changing eating habits) have put pressure on the category and contributed to a drop in demand in both Europe and the US. Sugar taxes are further squeezing manufacturers’ profit margins.

According to Mintel data, UK sales of fruit juice, juice drinks and smoothies fell by 1.4% between 2014 and 2019 period and volumes declined by 10.5% (although it noted that smoothies have bucked the downward trend with strong value and volume growth).

In the US, sales of fruit juice have also been falling for over decade, however this year saw modest growth thanks to a spike in demand triggered by the COVID-19 outbreak.

“Juice has been going through an identity crisis of sorts, which has put the category in a tough spot,” said Madelyn Franz, food and drink analyst at Mintel in a 2020 report. “[…] the COVID-19 outbreak has granted brands a chance to break free from the category’s downward trajectory. Thanks to the pandemic and subsequent recession, consumers’ needs have actually aligned with the benefits that juice has been offering all along: comfortable, cost-effective, vitamins. More than that, it’s created a brief window of opportunity for the category to reset, retarget, and recover in the longer term.”

The fruit juice industry sees itself as fighting a battle against outside menaces.

José Jordão, president of AIJN, the European Fruit Juice Association, wrote in a foreword to the trade group’s 2019 market report:

“External threats have arisen from public policy changes, healthcare professional misinformation and mass media reporting of negative studies. If left unchecked, there is a risk that consumers will be too busy worrying about sugar to recognise the health benefits offered by a daily glass of fruit juice.”

In this context, we take a look at some solutions to reduce the sugar content of fruit and vegetables without impacting the vitamin, mineral or antioxidant content. 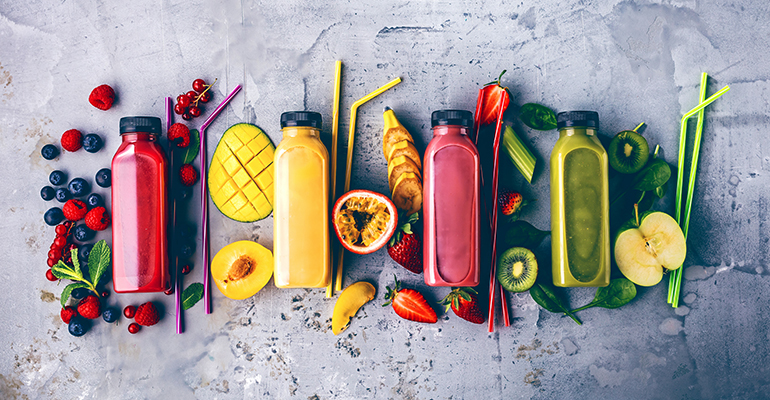 Wisconsin-based NewTree Fruit Company adds a culturing step shortly after the fruit is harvested, which it says can remove up to 95% of sugar.

Its patented process, invented by Canadian food scientist Luc Hobson, involves an unconventional fermentation of the juice using a yeast to produce a fermented liquid, of which the by-product is ethanol. It then removes this ethanol while maintaining a temperature of less than 55°, which results in a ‘de-sugared’ juice with the same acid and nutritional profile as the original fruit juice. The yeast is filtered out of the final product and does not appear on the ingredient list.

Once the sugar has been removed, the taste of the juice’s naturally occurring acids – malic, citric, and tartaric – dominate, resulting in a sour flavour that manufacturers can balance using sweeteners, such as allulose, monk fruit, and stevia.

The process can be used for all fruit and vegetable juices although it is best suited for dark-coloured clarified juices with a high antioxidant and polyphenol content such as grape, cranberry, and blackberry.

“Pure fruit juice brands and manufacturers are seeing that consumer trends are changing and to stay in businesses, they need to change too,” Kim Anderson, head of business development, told Fi Global Insights.

“Sales of straight fruit juice have been declining over the past years and there are also sugar taxes around the world. In Thailand, for example, if a product is over a certain percentage of sugar, the manufacturer has to pay more […] so there is motivation to figure out ways to reduce sugar.”

Israeli start-up Better Juice uses non-GMO enzymes to convert the sugars in fruit juice into prebiotic and other non-digestible fibres and sugars.

Its process transforms sucrose into fructo-oligo saccharides, glucose into gluconic acid and fructose to sorbitol, achieving overall reductions of up to 80%. The process involves pouring fruit juice through a continuous-flow column that contains immobilized non-GMO microorganisms. As the juice flows, the enzymes within the microorganisms bio-convert juice sugars to dietary fibres and non-digestible sugars.

The Israeli start-up, which received seed investment and support from the Israeli Kitchen Hub incubator and recently partnered with Brazilian juice giant Citrosuco, says its process out-performs other solutions such as fermentation and physical separation, which can be inefficient and can impact other healthy components of the juice such as vitamins and organic acids.

Membrane separation technology can be used to lower natural sugar levels in fruit juice, but it also alters the sugar-acid balance and changes the flavour.

Researchers at Wageningen University in the Netherlands developed a separation technology that allows both sugar and acids to be removed from fresh juices and diluted puree-based juices while still preserving an appropriate sweet-sour balance and without impacting the aroma and flavour.

The technology works by passing the juice over a membrane that removes sugar and acid. After prefiltration, the liquid then passes through several cylinders that contain resin particles which selectively adsorb sugars and acids, keeping the aroma and flavour components intact. The researchers said the add-on technology can be easily built into existing production lines.