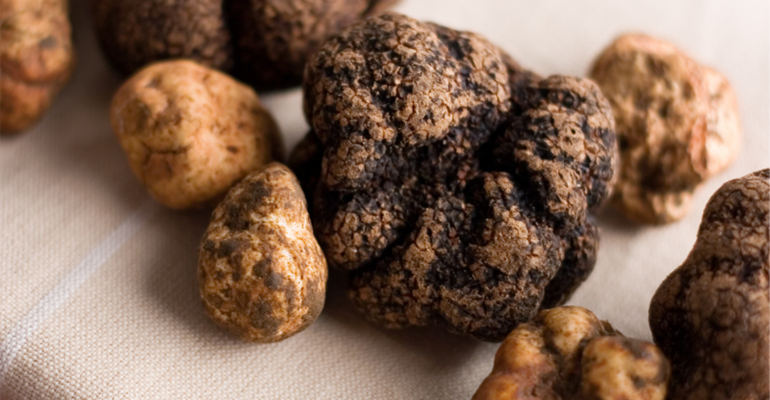 A fungi researcher who discovered that microorganisms are responsible for the taste and smell of truffles is leveraging fermentation to produce natural truffle flavours, prepared from real truffles.

Truffles are one of the most expensive foods in the world and the average price of Italian white truffle in 2021 was around €3,386 per kilo.

Unsurprisingly, therefore, most truffle flavours are not extracted from real truffles but are synthesised, most commonly from the aromatic additive, 2,4-Dithiapentane.

In addition to not being natural or meeting consumer demands for clean label ingredients, artificial truffle flavours lack the depth and complexity of real truffle flavours, according to truffle expert Richard Splivallo.

Splivallo, who describes himself as both an entrepreneur and an academic, published a study in 2015 describing the symbiotic relationship between truffles and the soil microorganisms that contribute to the ingredient’s flavour and aroma.

A commentary published in Microbe journal described Splivallo’s research as “a major advance in understanding the unique appeal of truffles” that “opens up new horizons in the biotechnological production of fungal aromas”.

Splivallo decided to commercialise his findings by developing a patent-protected process to produce the natural truffle flavours prepared from real truffles. To do so, he created the company Nectariss.

“We are specialised in fermentation technology where we use fungi to develop different types of ingredients including some flavours and we have special patented technology for natural truffle flavours,” he told Fi Global Insights.

“In a nutshell, what we do is use the microbiome. We discovered that, within truffles, there are tons of microbes, mostly bacteria, and essentially, they produce about 90% of the smell. It’s a kind of symbiosis in this symbiotic mushroom, and we are able today to replicate something very close to nature where we ferment and produce truffle flavour on demand at any time of the year.”

Nectariss uses a patent-protected, GM-free fermentation process and uses only food-approved microorganisms, which means it was not required to seek novel food approval. Its ingredients can be listed on-pack as ‘natural truffle flavour’.

According to Splivallo, the market is currently dominated by synthetic flavours, which is where Nectariss can differentiate itself.

“You do have some natural [flavours] but they do not come from truffles. So, it’s really only with this kind of fermentation tech that you’re going to get the real flavour profile and the complexity of real truffle flavours,” he said.

Although around 90% of Nectariss’ business is as a B2B supplier, it also launched a B2C range of flavoured truffle oils to educate consumers about the variety and complexity of truffle flavours. Its oils contain natural white truffle (Tuber magnatum), natural black truffle (Tuber melanosporum), and natural summer truffle (Tuber aestivum) flavours.

“People know black and white, which is not even a category. Truffles do generally fall into these two shades, but you have truffles that look black from the outside but have drastically different smells depending on where they come from, which country and which continent etc. And this is something that is completely overlooked by the flavour industry,” Splivallo said.

The startup is based in Switzerland, where its production facilities are located, but it has an R&D centre is in Grasse, France, considered to be the centre of the flavour and fragrance industry. Nectariss has seen demand grow in recent years and it hopes to achieve around €300,000 in sales in 2022. Its B2B customers mostly include manufacturers of specialty, high-end products such as truffle flavoured oils and caviar.

“We are improving [the product] all the time and, of course, we are looking at ways to increase the flavour intensity,” he said. “There are about 200 truffle sorts that exist and most people know one or two. There is lots of ignorance on the market and, if you like, there is much more diversity in truffle flavour than in wines, so we would really like to bring to market at least five or six to show people that there is a complete world out there.”