Plant-based alternative mimics seafood to save the oceans 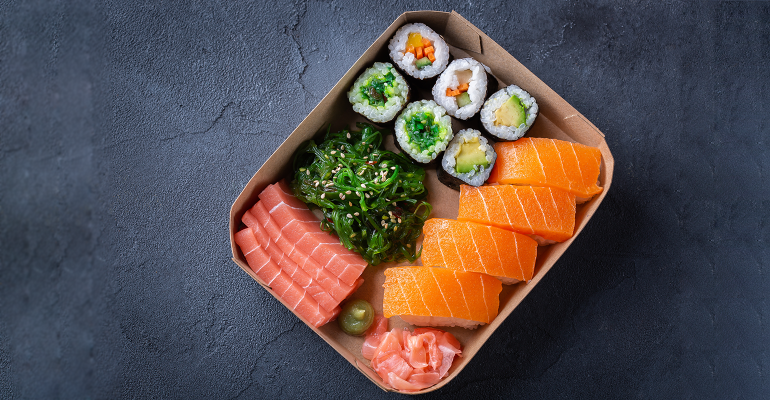 Overfishing is causing irreversible damage to the aquatic ecosystem and global fishery resources continue to decline. With marine life under threat, biodiversity is negatively impacted and, as part of the ocean’s carbon pump, fish have an indispensable role in mitigating climate change.

“We develop clean label plant-based seafood using natural ingredients,” says Ida Speyer, co-founder and CEO, who started the company as a project in 2018 under a food innovation hub in Madrid.

Some consumers are also avoiding fish for health reasons: with ongoing pollution, fish and seafood increasingly contain microplastics and heavy metals posing a risk to health. Fish are typically higher up in the aquatic food chain and can accumulate heavy metals from food, water and sediments.

Fish made with fewer ingredients

The company’s first product, ‘Tunato’, is made using five ingredients and offers the “experience of eating raw tuna” by altering taste and texture with commonly found ingredients. The tuna-like texture is achieved by evaporating tomatoes. It is already available in Denmark and Spain.

“Some of our first products are based on tomatoes, eggplants and then we change the texture and the flavour profile with seaweed, olive oil, and other natural ingredients so that in the end we have a short ingredient list and it's all healthy things,” says Speyer.

Mimic Seafood sells its products to the foodservice industry, which demonstrates the versatility of its plant-based tuna, it says.

“It’s made with things that consumers are familiar with and aimed for foodservice. We make things that work in raw applications like sushi, poke bowls, tartare, ceviche and that is mainly [for] takeaway or restaurant or ready meals in the West,” explains Speyer.

The start-up describes itself as a Mediterranean food company and distributes throughout Europe but will eventually expand further afield.

“We have three core markets: Spain, Netherlands and Denmark because that's where we're physically based, so Mathieu [chief channel officer and partner] is based in Amsterdam. I'm in Copenhagen and then we have colleagues in Madrid, as well,” says Speyer.

Made with Asian sweet and savoury flavours and Japanese eggplant, Aubergeel is the second product developed by the company. Other ingredients in the plant-based eel include soy sauce, mirin, sake, whole cane sugar, rice vinegar, sesame oil and corn starch flour.

“All of the products are made in-house, we have a chef on our team. We have a PhD in plant proteins, so we also have quite a strong scientific profile,” adds Speyer.