Is rapeseed set to be the next big thing in alternative protein? This startup thinks so 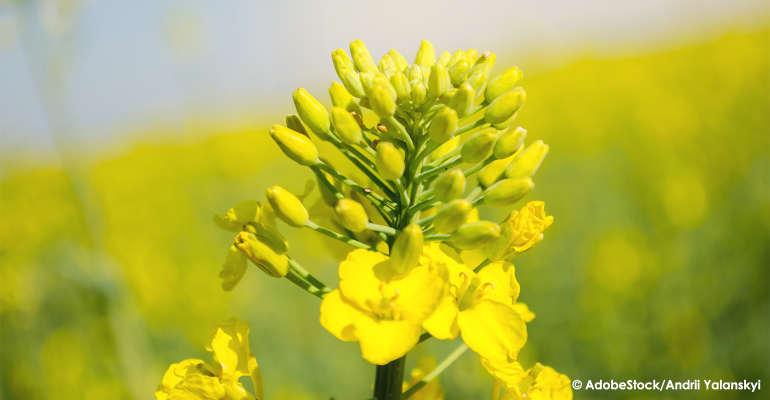 Rapeseed protein has traditionally been used to feed livestock, but could it rival soy as the next alternative protein in food? Polish startup NapiFeryn says that its upcycled rapeseed protein isolate, produced without hexane, could be key.

It may come as a surprise to some that the majority of crops grown in Europe do not actually end up on the plates of consumers. Instead, Greenpeace data shows that in 2019, 62% of all cereal crops were used to feed animals, not people. Of this total, a staggering 88% of soy and 53% of protein-rich pulses ended up as animal feed.

As the environmental and social effects of industrial animal agriculture become increasingly more confronting and quickly rise the rankings of consumer concerns, manufacturers are being driven to reconsider the wider impacts of their food production processes.

A study on the links between agricultural resources and world hunger conducted by the Institute on the Environment at the University of Minnesota found that if humans were to eat crops intended for livestock, the surplus would be enough to feed more than half of the world’s population. Yet as the developing world grows wealthier, demand for animal products is rising.

To tackle this challenge, food innovators across the world are coming up with new, creative ways to produce food via means that are sustainable, efficient, and less harmful to the planet.

One company driving change in this space, NapiFeryn BioTech, Poland-based startup, was established with the clear vision of improving quality of life by using technology to produce natural and functional plant-derived proteins. To succeed in this mission, the startup developed a proprietary, patent-protected technology which uses the side-stream of rapeseed oil processing, rapeseed cake, to produce two unique food ingredients.

Rapeseed is most commonly processed as a source of edible oil, which is extracted when the raw material undergoes a crushing process. An additional side-stream of this process, rapeseed cake, contains around 30% high-quality protein and 13-30% fat, making it the perfect feed for livestock and poultry.

Yet for NapiFeryn, rapeseed cake has a better use. It is the starting material for its technology and the source of its food ingredient products. NapiFeryn extracts, purifies, and isolates proteins, producing two distinct ingredients which can be used in food formulation.

“The first, called Raptein90, is the protein isolate, consisting of more than 90% protein. While the second product, Raptein30, is a mix of fibre and more than 30% protein,” explained Magdalena Kozłowska, CEO and co-founder at NapiFeryn.

Soluble across a wide range of pHs, the protein-rich product can act as an emulsifying, gelling, or foaming agent, therefore offering a wide variety of applications for manufacturers. Take mayonnaise for instance, the ingredient’s emulsifying properties make it an effective replacement for egg yolk, offering opportunities for manufacturers in the animal-alternative space.

“In our labs, we developed concept food recipes which demonstrate the certain technological functions of rapeseed proteins that we see in the food system. [Amongst these] we have a concept of use for Raptein90 in mayonnaise emulsion, as well as a non-dairy plant-based yoghurt drink beverage or yoghurt,” Kozłowska said.

The startup has also conceptualized a high in fibre and protein bar or granola, using Raptein30, which it says has a high durability due to the ingredient’s high water and oil absorption properties. Acting as a texturizing agent in ingredient formulations, this product could prove particularly beneficial for manufacturers in the snack and bakery sector.

“Rapeseed canola protein is known as an excellent source of protein, and by excellent, I mean in terms of nutritional value. It also has a well-balanced amino acid composition and very good absorption properties,” Kozłowska said.

A sustainable, neutral-tasting and allergen-free ingredient

For many years, manufacturers have shied away from extracting proteins from rapeseed due to the ingredient’s inherent bitter, astringent taste.

However, NapiFeryn’s purification technology has allowed the startup to overcome this issue, removing this bitter taste and producing an ingredient that is neutral in taste and therefore has no negative impact on the flavour of the final food recipe.

This, along with the ingredient’s non-GMO and allergen-free status, and technological properties is a unique selling point of the Raptein protein, Kozłowska explained.

“With this ingredient, [manufacturers] can formulate food with claims including vegan, vegetarian, non-gluten, non-soy and non-GMO. That is why Raptein is the perfect protein ingredient fitting into the clean label trend.”

Aside from the product itself, NapiFeryn’s technology is what also makes it stand out from market competitors, the startup claims. Unlike soy production, Raptein protein does not require the use hexane, a chemical solvent with harmful environmental and health impacts.

Previous attempts to extract proteins from fat-containing cakes using water as solvent have not been successful because of instant formation of stable emulsions, making this processing unfeasible for industrial use, Kozłowska explained.

“Our technology brings an alternative solution. The novelty is the patented ALSEOS process for an efficient water-based extraction of fully functional proteins from rapeseed cake,” she said.

“The isolated proteins are cleaned of anti-nutritional factors and can be sold as high-quality food ingredients in the mainstream of the food industry. This is a great difference in comparison to the current hexane treatment of the cake, where low-quality, non-functional, hard to digest, and allergenic proteins are obtained.”