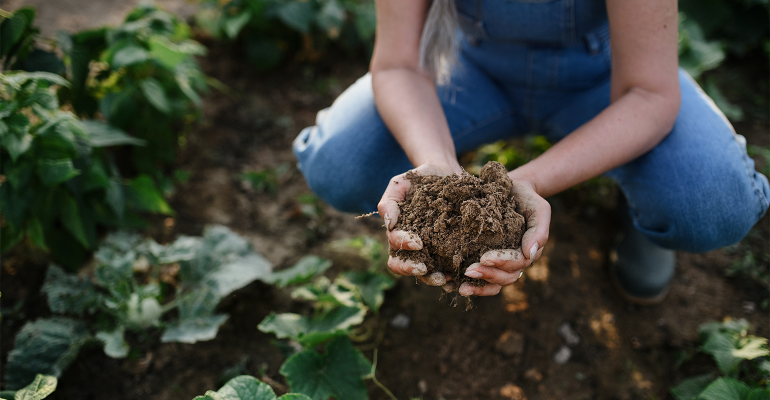 Regenerative agriculture practices are growing in popularity amongst food and beverage manufacturers. Which actions have already been taken and which additional steps are needed to establish more sustainable food systems?

Healthy soil lies at the heart of the global food system. Providing the essential nutrients and elements to support plant growth, soils act as the foundation for agriculture and the means to a staggering proportion of the world’s total food production: a study by the Food and Agriculture Organization (FAO) of the United Nations found that as much as 95% of the food we consume today is dependent on healthy soil.

Yet, the agricultural practices performed by humans over the past 100 centuries have significantly impacted the sustainability of global food systems and now pose serious threat to human, animal, and environmental health.

A way of combatting the issues associated with traditional farming, regenerative agriculture seeks to restore soil ecosystems via a range of methods including minimised ploughing, crop diversification and the use of cover crops.

Benefitting both people and the planet, regenerative agriculture can improve crop yields and boost the nutritional quality of crops, while simultaneously reversing the negative effects of climate change.

Companies can also take advantage of the increased opportunities for carbon offsetting that these more sustainable methods of farming create.

As companies become increasingly concerned with their eco-credentials, several key players in the food and beverage industry have taken steps to put regenerative practices into place.

Aiming to go beyond merely ‘sustaining our planet,’ US-based food giant General Mills has pledged to utilise regenerative agriculture practises across one million acres of farmland before the turn of the decade.

Paying close attention to the mechanics and impacts of regenerative farming, the manufacturer recently launched a series of pilots which track five variables: economic resiliency, soil health, water use, biodiversity, and animal health and wellbeing.

General Mills believes that educating the current and future generations of farmers will be a key component in creating more sustainable food systems. For this reason, the pilot programme combines technical support, collective research, and educational workshops with use of the General Mills Regenerative Agriculture Self-Assessment tool to help farmers understand and adapt their practices.

As of late 2021, the company has enrolled 115,000 acres in agricultural pilots, which it says amounts to around 20% of General Mills North America sourcing footprint.

As a global producer operating in more than 100 countries across six continents, there is no doubt that the company still has a long way to go before it can be considered a true leader of regenerative agriculture. Despite being a step in the right direction, global food manufacturers such as General Mills should look to introduce sustainable practices across all locations in which they operate. Introducing initiatives such as this one on a global scale is what will truly drive sustainability in the food production system.

“A lot of [regenerative agriculture] practices are being driven by the consumer, and it is consumers who are demanding that large corporates take more accountability. Thinking about how CPG companies are offsetting their carbon footprint, they have the possibility to influence upstream to the growers,” said Jacqui Campbell, global head of technology and operations at Syngenta, during the industry event F&A Next 2022. “Where it doesn’t quite add up is that the growers are not being compensated for making those changes.”

Also looking to empower the next cohort of farmers, multinational food producer Danone has signed long term contracts with 40% of its farmers to encourage investment in regenerative and sustainable methods.

From a policy standpoint, the European Union’s Green Deal and its Farm to Fork strategy seek to improve diets and reduce food loss across Europe, while at the same time improving the resilience of food systems.

“Creating food systems able to feed the growing global population is critically important, but, at the same time, we need to make sure these systems are sustainable,” MEP Petros Kokkalis said in a blog published by FoodDrinkEurope.

When adopting regenerative agriculture initiatives, it is important that companies focus on more than just carbon sequestration.

“Agricultural practice and policy should promote efficient use of resources, protect biodiversity and natural ecosystems and enhance the resilience of people and rural communities,” Kokkalis said.

Advances in technologies such as smart sensors and Blockchain are paving the way for consumers to increasingly track how sustainable food producers are.

To create food systems that are sustainable and appeal to the growing base of consumers who seek regenerative products, certification and labelling must keep up to pace with this transition.

Certifications such as the ‘Regenerative Organic’ label from the Regenerative Organic Alliance which ranks producers as bronze, silver or gold will likely be directive in leading this change towards more sustainable food production systems.