How is the food & beverage industry tackling sustainability? 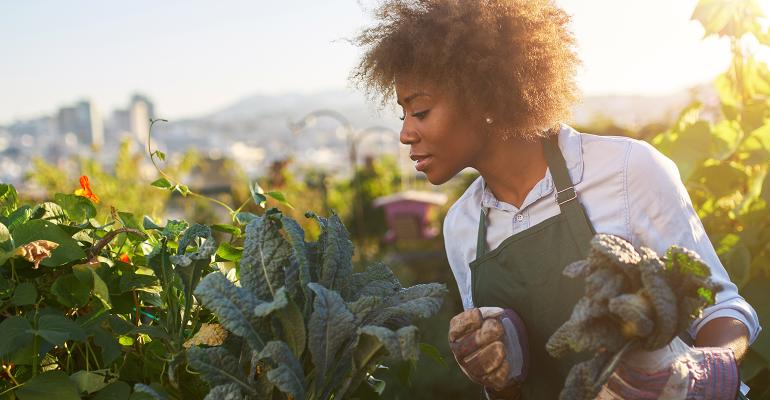 The European Union’s Farm to Fork Strategy covers every part of the food and beverage supply chain with nearly 30 different initiatives focused on improving sustainability. The food and beverage industry has responded with a range of measures that meet – and often exceed – obligations.

Sustainable business practices are not only about doing the right thing; companies aim to optimise and reduce the use of resources because it makes good business sense as well, and those in Europe have an added incentive as the region looks to make sustainability mandatory in the longer term. The ultimate goal for industry and regulators alike is circularity in food production, and some are further along that path than others, according to Pace, a platform for accelerating the transition towards a circular economy.

“The sustainability agenda is driving the food debate, and we are in a very exciting environment both for consumers and for producers,” he said in a recent webinar. “We will witness in the coming years a true transformation of the food system in which we operate.”

With plastic packaging high on the agenda in Europe, the organisation has set out a vision to achieve full circularity of its packaging by 2030. It has doubled the EU’s targets for recyclable material used in packaging, aiming for 100% recyclability by 2030, and an interim target of 50% by 2025, compared to the EU’s 50% and 25% goals over the same time frames.

“It’s very ambitious,” Hodac said. “Some of the elements we do not control entirely, such as the availability of recyclable materials.”

“We are seeing it is being used in textile and automobiles and so on, and we don’t think that is the definition of circularity,” he said. “We think we should be receiving back our own material.”

It also committed to ensuring 90% of its packaging is collected by 2030, including glass and aluminium, as well as plastic. The eventual objective is closed loop, bottle-to-bottle recycling.

“We are going far beyond legislative requirements at EU level and we are really bridging the gap towards a fully circular packaging, with finally an intention to use more refillable packaging going forward.” 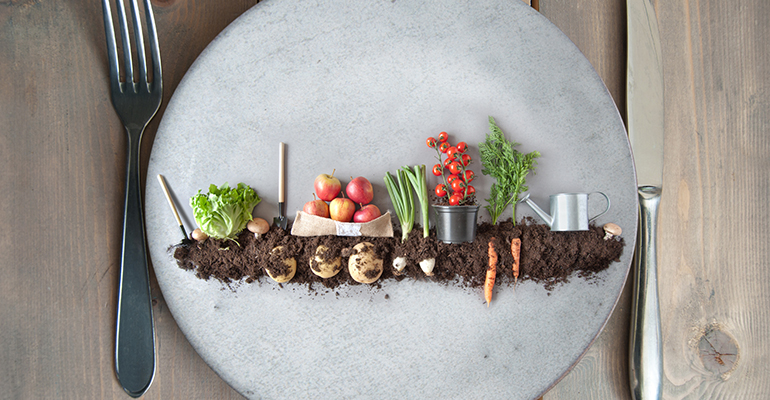 Food security for all, forever

The European Snacks Association represents savoury snacks manufacturers and suppliers, which account for about 1.5% of the total European food and beverage sector, but about 80% of all snack brands in the region. Director General Sebastian Emig cites the UN Food and Agriculture Organization’s definition of sustainable food systems as the most relevant to the sector.

“This starts at the first step in the chain with the sourcing of raw materials,” said Emig in a recent webinar. “…Climate change can really affect output and what you bring onto the market. Several of our members have strong, generation-long contracts with farmers to allow farmers to not think from season to season, and besides that, they are helping farmers implement new technologies.”

This means focusing on precision farming, including soil management, carbon sequestration, and water and waste management to increase yield and reduce pesticide use.

“All of that is a symbiosis between our manufacturers and our raw material suppliers,” he said.

Better processing to save energy, water and waste

On the manufacturing side, Emig said there were many places where members could improve their processes. Giving the example of potato crisps, he said energy use for heating oil could be improved, washing the potatoes could be enhanced, the water could be reused for other things, and the peel could be composted for energy or used for feed. Meanwhile, several plants rely solely on renewable energy, such as solar power.

He also addressed the topic of plastic packaging waste, saying the industry can take action on technological issues, but more needs to be done at a fundamental level.

“When the pack is bought by the consumer we need to think a step further as well and really forward a plea to authorities to increase the collection, the sorting and the recycling of waste,” he said. “…We are really looking to further nudge our entire society in Europe, together with others, to increase the environmental sustainability for all of us.”

On the legislative side, 2022 is set to be a busy year, with a number of sustainability-related proposals on the table looking first to define sustainable products. The EU aims to regulate green claims, and ultimately, to ensure only sustainable products will be placed on the market by 2030.