Vertical farms are part of ‘the new agricultural revolution’. But how sustainable are they? 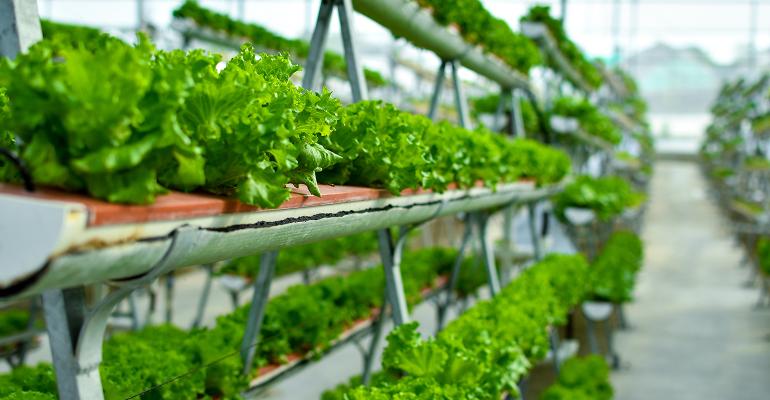 By 2030, a significant amount of our fresh produce will come from tech-driven vertical farms, according to Mintel. But just how sustainable are these indoor farming systems?

The concept of vertical farming was developed over 10 years by Dickson Despommier, emeritus professor of microbiology and public health at Columbia University, who argues that growing food indoors is more efficient and can reduce the negative effects of intensive farming, such as pesticide use and soil erosion, all while bringing food production closer to where most urban populations live.

According to market research firm Mintel, such technological innovations will be increasingly adopted to the point of transforming our food and farming system. It is predicting nothing short of “a new agricultural revolution”, defined by an increasing consumer acceptance and trust in the role of science and technology in guaranteeing access to affordable, safe, and nutritious food and drink.

“Food, drink, and foodservice companies and retailers will see the synergy offered by these new agricultural models and incorporate them into their supply chains,” says Mintel.

Although indoor farms are currently limited in crop variety, focusing mostly on edible greens such as salads and herbs, the planet’s growing population – tipped to reach 8.5 billion by the year 2030, according to the United Nations – will see innovation in this area become essential.

“At the moment, the most feasible plant crops are high value small crops like strawberries or microgreens, and leafy greens [like] herbs, lettuces, and vegetables – but of course this differs from region to region,” says Munich-headquartered industry trade group, the Association for Vertical Farming. “It’s important to know that the sky’s the limit. The more people who get in on this, the more different systems will be built and the more crops that will be grown.”

Vertical farm suppliers are also building greenhouses at huge scale in a bid to rival conventional farms for fresh produce volume. This year, US Revol Greens raised $68 million in Series A funding to build a greenhouse complex with a surface area of 80 acres (32 hectares), which it said would be the biggest facility in the world. 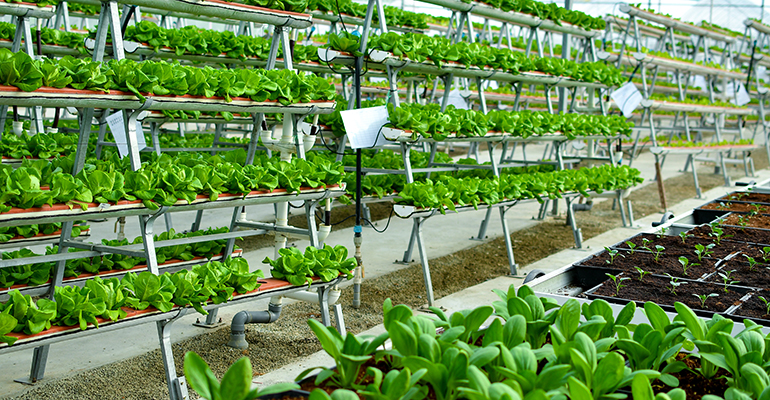 In regions such as the Gulf, where temperatures can routinely hit 50 degrees Celsius and the arid desert is unsuitable for farming, indoor farms are seen as a way to ensure national food security.

Although Mintel predicts that synthetic ingredients and lab-grown meat will eventually become pillars of the food and farming system, many consumers are currently wary of ‘too much technology’ in their food and drink. Vertically grown fruit and vegetables, however, are perceived as fresh and trustworthy, and will therefore serve as ambassadors to start to sway consumer opinion from fear to acceptance.

Alex Beckett associate director of food and drink at Mintel says: “Science will interlace with the food supply chain to boost yields and combat climate change. Celebrating the sustainable, health, and cost benefits of lab-grown food will be crucial in educating consumers about such nature-identical alternatives.

“But the industry will be compelled to elevate the role of nature, and humans, in the storytelling of these new, modern solutions. Transparency of information is essential to building trust in a future where scientists play as integral a role as farmers. And championing the people behind the food—whether it is grown in a laboratory or a field—will remain a timeless way of building trust with consumers.”

Whether such innovations are truly sustainable, however, is another question. Indoor farms must be kept at the correct temperature, requiring electric heating and LED lighting which may be produced by fossil fuels.

The Association for Vertical Farming believes vertical farming systems in the future will increasingly take an ecosystem approach, with the inputs and outputs of every organism complementing each other instead of seeing each organism as a marketable product in a linear system.

Fish and insects whose waste is high in essential plant nutrients can be integrated to vertical farms where they support plant growth as well as producing food themselves, for example.

However, this will never be sufficient to replace the benefits of traditional, responsible farming, according to some stakeholders.

UK organic certifying body, The Soil Association, does not grant organic status to foods grown hydroponically or aeroponically because they do not grow in soil.

“Hydroponics or vertical farming is certainly an interesting way to produce food, but it is only a tiny fraction of our global food production – 95% of our food currently comes from soil, and this is unlikely to change quickly,” Natasha Collins-Daniel of the Soil Association tells Fi Global Insights.

“We need to look at how to grow good food in different ways and making fresh food accessible in urban areas is a great thing, but we also need diversity and range when it comes to food production.

“Hydroponics could certainly become part of the mix and is a welcome departure from conventional pesticide intensive agriculture, but it is not allowed in organic standards. Organic production is not about the absence of inputs, it is about the interconnectivity of vital living ecosystems – it is a regenerative form of agriculture which both takes from and gives back to the soil.

“As well as being so important for producing food for us to eat, soil is needed for lots of other things - it holds more carbon than all the world’s forests, healthy soil holds and controls water flows, and soil grows the plants and trees that provide food and shelter for wildlife. We think it’s pretty amazing,” Collins-Daniel adds.