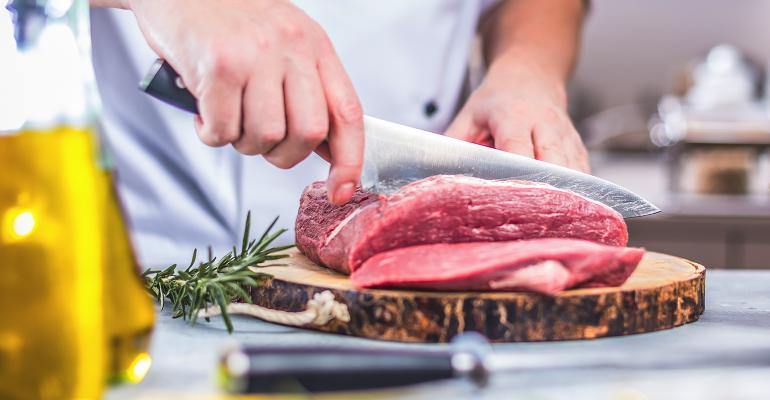 The European market for plant-based meat alternatives may be growing – but despite widespread concern about the environmental, health and animal welfare impacts of meat, so is the market for conventional meat.

Despite what many consumers claim about their individual habits, plant-based foods are not yet replacing a large amount of meat. According to the European Environment Agency, per capita meat consumption has remained relatively flat in Europe since 2000, and it expects consumption to continue increasing across most product categories. Europeans have been eating more chicken and poultry, in particular – but they have been cutting down on red and processed meat.

“I always say that consumers are able to form their own point of view,” said Julian Mellentin, director and founder of New Nutrition Business. “They like the taste of it and so they keep buying it. It’s also deeply ingrained in our culture.”

However, shifting preferences for different kinds of meat suggest the health and environmental messages around red and processed meat are affecting consumer choices, nudging people toward poultry and dairy in particular as they look for alternatives. Mellentin suggests that overstretched newsrooms have skewed reporting on these issues, as fewer journalists have the time to properly scrutinise information.

From a health perspective, for instance, processed meats have been linked to an 18% higher risk of colorectal cancer for each additional 50 grams consumed per day – equivalent to about two rashers of bacon or one sausage. But in terms of absolute risk, this means the likelihood of developing colorectal cancer increases from about five in 100 to six in 100 if a person eats 50 grams of processed meat per day. 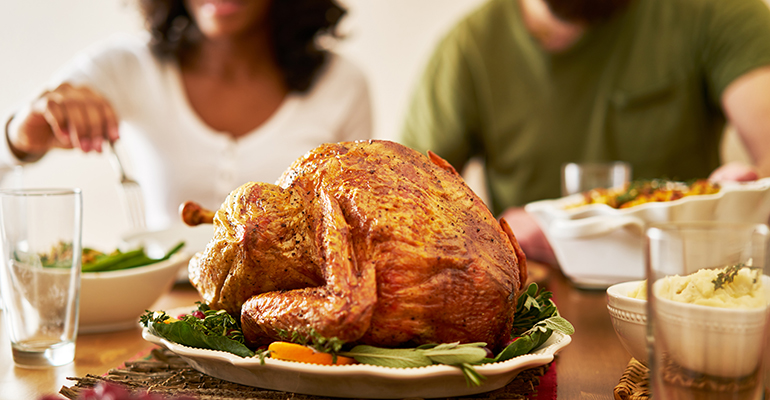 The World Health Organisation (WHO) has listed processed meats as Group 1 carcinogens, alongside tobacco smoking and asbestos, but an 18% increased risk of colorectal cancer is tiny when compared to smoking, which increases relative risk for lung cancer by 2,500%. And the WHO says a “probable” link between red meat and colorectal cancer has been more difficult to confirm or quantify. Nevertheless, negative news stories have led many consumers to cut back on these products, although they seem more likely to switch to other meats than to choose vegetarian proteins.

“Beef and lamb struggle in some markets, but chicken – with a ‘healthier’ image that dates back to the 1970s – keeps growing,” Mellentin said. “Far from meat consumption collapsing, people want to keep eating meat, for reasons of taste, texture, pleasure and for its profound role in culture.”

He suggests that people associate meat with family recipes and memories and, quite simply, they enjoy it. At the same time, messaging around reducing meat consumption sometimes takes a very judgemental tone, which he says people naturally want to reject.

“Meat has come back into favour with ordinary people partly because of the absolute stridency of the anti-meat message,” he said.

On the environmental side, too, an increasing number of consumers is trying to eat meat in a more responsible manner, choosing products with higher animal welfare standards, such as grass-fed beef and free range chicken. Mellentin says people will find information in the media – including social media – that reinforces their preferred viewpoint.

“For every person saying that cows destroy the planet, there’s other people saying that there’s evidence that pasture land is a very good carbon sink,” he said. “You have lots of really responsible farmers…Pasture land can be actually positive.”

Meanwhile, European consumers need to be convinced of the benefits of meat alternatives, and Mellentin argues that manufacturers still have a long way to go.

“People’s food habits change slowly – and only move quickly when there is an ‘as good as’ option or a better-tasting or lower-cost alternative,” he said.

“Meat substitutes have a terrible taste and texture problem. No matter what they tell you, they taste like carpet tiles – and you can quote me on that.”