How the pandemic increased risk of food fraud

Growing financial pressures, less frequent monitoring and supply chain disruptions led to a rise in fraudulent foods and ingredients over the past two years. Which products are particularly at risk and how can industry take ownership of the issue?

Several factors during the Covid-19 pandemic led to increased risk of food fraud. Retailers and manufacturers faced heightened pressure to keep shelves stocked as consumers swept up supplies, and restaurant closures led to a build-up of expired products that were sometimes repackaged and sold as fresh.

Meanwhile, in many places physical product and facility checks were scaled back and replaced with paper-only processes, which allowed for more fraudulent products and imports – and even when staff returned to work following lockdowns, the high incidence of Covid-related absences meant services were often short-staffed.

In the European Union, food fraud was already on the rise pre-pandemic, up 85% from 2016 to 2019, according to EIT Food, and it suspects that Covid-19 has increased the presence of illicit products still further. OPSON X, an annual operation against food fraud jointly coordinated by INTERPOL and Europol, reported that from December 2020 to June 2021, 15,451 tonnes of illegal products were confiscated across 72 countries with an estimated value of €53.8 million. Compared to OPSON IX, which covered the same period in 2019 to 2020, the increase was 28% and 16% respectively. 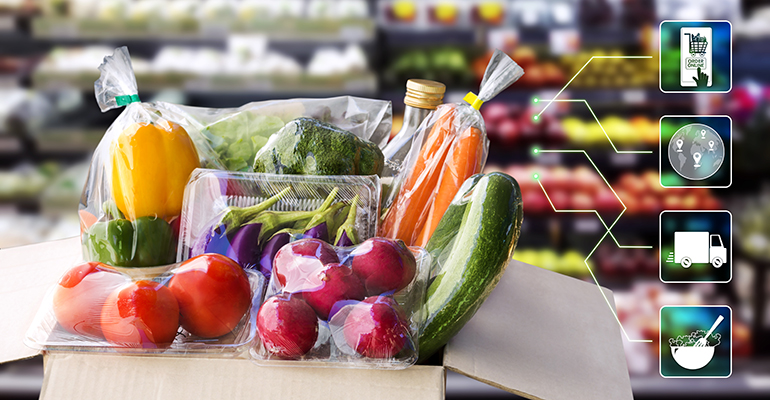 Mark Woolfe, Secretary of the UK’s Food Authenticity Network (FAN), said the main problems have been less investigation and sampling, but the worst could be yet to come.

“I suspect that the rise in cost of living may possibly have more effect on food fraud, but we will not know that for some time,” he said.

Products like tea, vegetable oils, honey, seafood and meats traditionally have been among the most targeted foods for fraudsters, given that certain origins and quality marks attract premium prices. These were also the products that have seen the greatest increase in fraud, and widely cited figures from Safety HUD, a database run by Mérieux NutriSciences, were startling; it reported a 500% increased incidence of vegetable oil fraud and a 167% increased incidence of honey fraud in the first months of the pandemic. Woolfe clarified that although the increase in percentage terms sounded dramatic, the actual numbers were still low, increasing from just one case to six for vegetable oil and from three to eight for honey.

However, FAN has acknowledged that food is at heightened risk of fraud and adulteration during the pandemic, and has developed a toolkit for food and beverage manufacturers to help mitigate potential emerging threats. It includes links to global initiatives to help fight food fraud as well as reports and guidance documents for specific sectors.

“It is likely that the true impact of Covid-19 on the incidence of global food fraud will not be known until full resumption of regulatory surveillance world-wide and at this point, it is possible that more evidence concerning pandemic-related factors may emerge,” it said in a recent report.