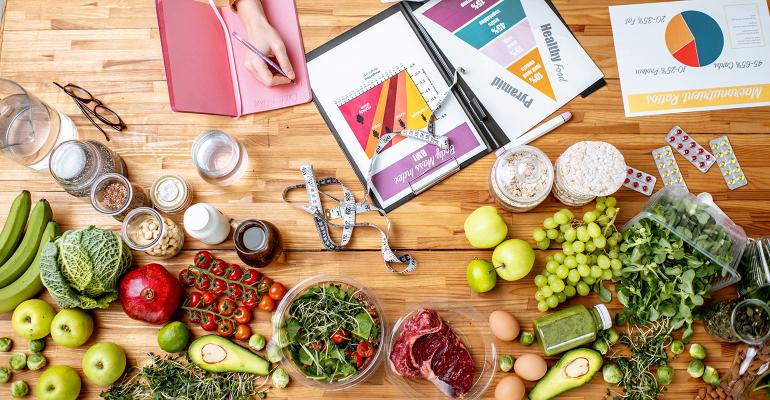 Due to the Covid 19 outbreak, there is a rise in demand for products claiming to boost the immune system. In this article, Christiaan Kalk shares his insights into using health claims in US and EU markets.

Christiaan Kalk, Senior Consultant Regulatory Affairs & Health and Safety, Isbi (Life-science based innovations), shares insights into the possibility of using health claims in the US and EU markets respectively, and indicates how companies should prepare their marketing communications in order to avoid potential problems arising from the different regulations  in place in these markets.

What kind of health claims can be made on foods or on food supplements in the US and the EU?

“In the US, there are three sorts of health-related claims. The term ‘health claim’ as such refers to reduction of a disease risk. It can be endorsed either by FDA, on the basis of ‘Significant Scientific Agreement’ (SSA), or by another qualified federal scientific body. Most health claims relate to chronic diseases like coronary heart disease, cancer, osteoporosis or tooth decay. None of these claims primarily deals with immune function.”

“In the absence of SSA, one may submit a petition to the FDA for a qualified health claim. If a claim is not denied altogether, the Agency issues a ‘letter of enforcement discretion’. It prescribes the wording of the claim, as well as a disclaimer on behalf of the FDA to be shown on the product label along with the claim. For instance, the evidence for a claim can be qualified as ‘highly unlikely’, ‘highly uncertain’, ‘little’ or, at best, as ‘inconsistent’ or ’inconclusive’. To date, no qualified health claims on immune function have appeared.”

“For food supplements in the US, there are also the options of a general well-being claim or a nutrient deficiency disease claim, under the Dietary Supplements Health and Education Act (DSHEA).”

“In the EU, health claims are primarily expressed as supporting a normal body function, provided that the effect is considered beneficial and proven, according to criteria formulated by EFSA. Examples are ‘Zinc contributes to the normal function of the immune system’, or ‘Plant sterols/stanols contribute to the maintenance of normal blood cholesterol levels’. Other forms of claims exist but seem less relevant to enhancing immune function.” 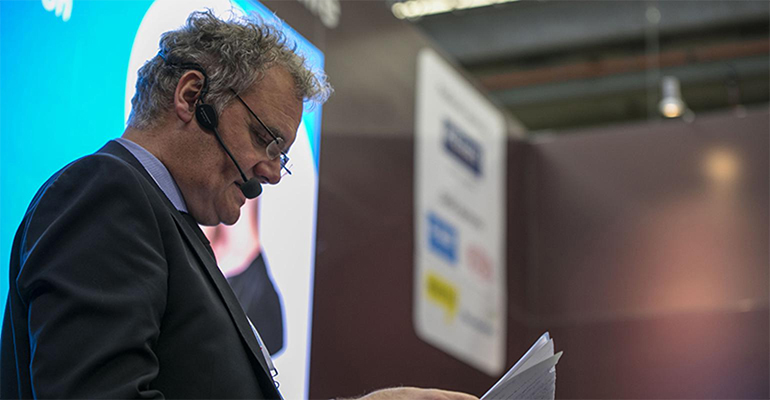 How many claims are there specifically for immune health positively evaluated by EFSA?

“EFSA evaluated 13 immune health claims with a positive outcome. These claims are based on long-standing public knowledge. They are textbook examples, so to say, ranging from various vitamins (A, B6, B9, B12, C, D) to minerals (Cu, Fe, Se, Zn). Although this was tried several times, for instance with various bacterial strains named probiotics and also with various of their growth substrates in the large intestine named prebiotics, no claims were accepted until now based on newly developed substances and new science. Since the EU nutrition and health claims Regulation came into place in 2006, almost 200 immune health claims proposed by the industry have been rejected.”

What are the benefits and threats of using claims in the two markets? What should companies be aware of?

“Many consumers are highly interested in supporting their own immunity and that of their families by what they eat. Indeed, the corona crisis further fuelled this already strong demand. As nutrition is the basis for immunity, claiming an immune benefit seems to make sense and appears highly attractive. But it is not that easy. Formulating and presenting a claim in a way that conflicts with regulations can backfire on you. Being forced to withdraw a health claim may burn capital invested in your brand name and in public confidence, as well as capital invested in R&D, manufacturing, personnel, stocks, packaging and advertising. Further, there may be costs for lawsuits, claims and fines.”

Do you have any recommendations for companies regarding how they should go about marketing their products in European and US markets?

“First, in communication towards consumers I recommend emphasizing the importance of a balanced diet consumed in moderation. Not because you have to, which may be the case, but because you care, as a company. A balanced diet contains plenty of vegetables, fruits, pulses, whole grain and water. It contains only small amounts of sugar, salt and saturated fats and, preferably, no alcohol. It is a pity to many, including myself, but it is true. US legislation, for instance, offers plenty of opportunities for dietary guidance statements that are truthful and not misleading to consumers. Also, it should be considered to emphasize the importance of plenty of physical, social and outdoor activities. All of this actually works. It will support both general and immune health. Starting from scientific consensus on health and not engaging in the current misinformation pandemic makes perfect business sense, too. It can help your brand to be recognized by consumers as caring and reliable.”

“Second, foods or supplements rich in one or more of the vitamins and minerals proven to be supportive of immune function can provide additional certainty that adequate amounts are consumed. Think of adding 15%, 30% or more of daily reference amounts per unit consumed, depending on the safety margin. We do know the minimum requirements rather well, but we are not sure of the optimum. Also, individuals may differ in their nutritional requirements. Some scientists are convinced that a much higher intake of, for example, vitamin C offers additional protection. Yet, most experts are not convinced that mega-doses are useful. As long as the margin of safety is comfortable, as is the case with vitamin C, one could argue that a higher intake will not hurt and might even be beneficial. In the EU, provided the conditions are met, the presence of the vitamins A, B6, B9, B12, C and D or the minerals Cu, Fe, Se and Zn allows for the use of immune health claims. In the US, apart from nutrient deficiency disease claims that are not attractive, only nutrient content claims like ‘good source’ or ‘high’ are permitted for these vitamins and minerals.”

“Third, a new or conventional ingredient or bioactive substance can be added to a product on basis of credible indications of a benefit to immunity. In the EU, such an ingredient can be used if it is considered safe and underwent the applicable regulatory scrutiny, for instance as a novel food. In the US, an FDA- or self-affirmed GRAS status may be required prior to marketing. If the new substance is used in the EU in a product that also contains an appropriate amount of one or more of the relevant vitamins or minerals, an immune health claim is allowed. The presence of a new ingredient that is likely to support immune function while proof is not or not yet complete according to EFSA’s criteria can be declared on the label, without explicitly stating why it is there. In that way, a new ingredient can ‘piggy-back’ on a recognized immune health claim based on another substance present in the formulation.” In the US, a structure-function claim may be used if scientifically defendable indications of an immune benefit exist. This is allowed even if double-blind, placebo-controlled, randomized studies in human volunteers demonstrating a statistically significant beneficial effect on a biologically relevant, pre-defined outcome parameter, being the ‘gold standard’ proof, are not yet available.”

“In both the EU and the US, there is some room for communication of benefits other than by means of a health claims on the product packaging, for instance by referring to peer-reviewed scientific publications on a website dedicated to consumers or to health professionals. Another route to consumers is through health professionals who can suggest or subscribe the intake of certain foods, supplements or medical foods.”

“My final recommendation to companies developing or modifying a product aiming at healthy nutrition is to include scientific, regulatory, sustainability and marketing considerations right from the start, and to seek advice from critical sparring partners.” 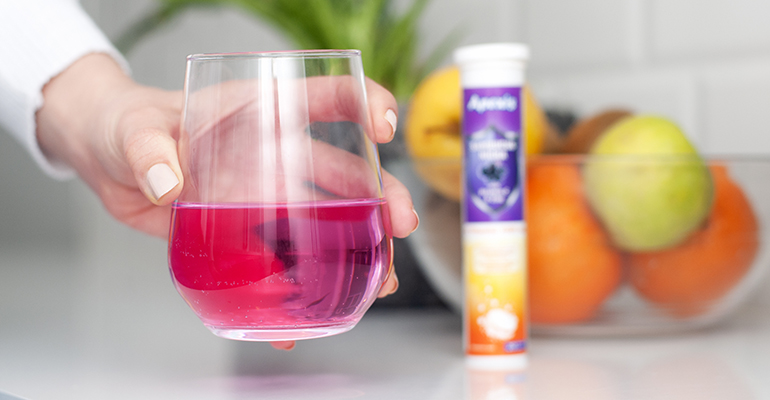 What future developments do you think will affect claims related to immune benefits?

“Biomarkers of cardiovascular and metabolic health like cholesterol or glucose in blood are strongly and consistently affected by specific compounds in the diet. In contrast, it has been very difficult to demonstrate lower rates of respiratory tract infections or enhanced responses to vaccination, which are regarded as the classic, ‘gold standard’ proof of immune benefits. The good news is that new methods in clinical testing are being developed and refined. For instance, homeostasis of the healthy body may be subjected to a challenge test while observing several markers for health, metabolites and expression of genes.”

“Also, over the next few years, a combination of information technology, molecular biology, mass production of electronic devices and increased demand for personalization may revolutionalize monitoring and demonstrating benefits for wellbeing and health, including immunity. An ever closer interaction between consumers, brand manufacturers and tech companies is expected to generate new opportunities for business growth and for supporting health.”