Can we farm animal proteins in plants? 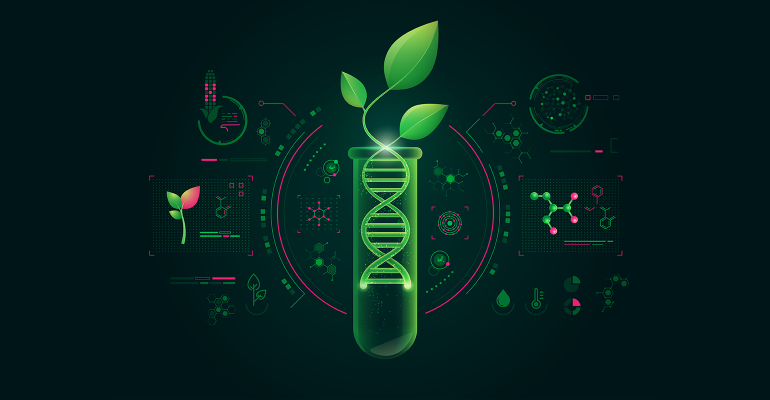 Plant molecular farming (PMT) has been used for years in the pharmaceutical industry, and scientists are now turning their attention to food ingredients, using plants as ‘factories’ to produce animal-derived ingredients like whey protein without animals. Companies in this space say PMT is more sustainable than traditional farming, but regulatory barriers remain.

The research and commercialization of animal proteins like whey, casein and egg whites by genetically modified organisms is rapidly expanding. However, it is a major challenge using commercial fermentation processes to scale these and other animal proteins to the point where they have a significant market share.

A key reason is because constructing and commissioning commercial production facilities takes years and enormous amounts of capital expenditure. One way of substantially overcoming these issues is by combining plants, genetic engineering and animal proteins to produce the technology of Plant Molecular Farming (PMF).

What are the advantages of plant molecular farming?

Plant Molecular Farming involves the incorporation of genes into plants, permanently or temporarily, to produce new proteins, essentially making them biodegradable single-use bioreactors. So, why use plants instead of giant stainless-steel bioreactors? Well, plants have quite a few advantages.

Plant Molecular Farming does have some disadvantages, such as low productivity compared to bacterial production, high downstream processing costs, and potential ‘escape’ of genetic material. However, these can be mitigated through techniques such as transient rather than permanent genetic modification; using new plant breeding techniques like CRISPR-cas to dramatically improve plant growth rates and increase yields; and the use of vertical farming to address the low productivity and genetic contamination issues.

Producing casein or whey from plants

The most recent example of PMF is the announcement by Nobell Foods that it can produce casein proteins in soybeans. Casein is the milk protein which makes cheese ‘stretchy’, so it can vastly improve alternative cheeses. Nobell has recently emerged from stealth mode after raising $75 million in Series B funding and having raised $100 million in total to date. It will use the funds to scale up production and plan a small-scale release of cheddar or mozzarella cheeses in 2022.

Other animal proteins have also been made in plants. Moolec Sciences produces chymosin, used in cheese-making, from safflower. Moolec is currently developing whey protein-producing oats and this combination crop can be used in alternative milk products. There is no extraction of the whey protein; it is left as part of the oat component of the milk. Not stopping there, it is also developing an egg protein-containing wheat product for the bakery industry.

Plant molecular farming has been around for over 30 years, and it has taken time to build momentum, but could now be having its day in the sun. Many PMF products in the pharma space are either on the market or in clinical trials, so the technology is becoming more and more sophisticated.

Comparatively, food ingredient manufacture is still less developed but certainly presents no greater challenges than producing pharma products. The most significant barrier for PMF food industry applications is differing regulations around the world.

Plant molecular farming could also address one of the criticisms about the transition from animal-based to plant-based diets that asks: what will we do with all the corn that is currently grown to feed animals? In the not-so-distant future, will many of the cornfields be used, not for feeding animals, but for growing animal protein-containing-crops to make meat and dairy products?