Blue horizons: The ongoing quest for a natural blue 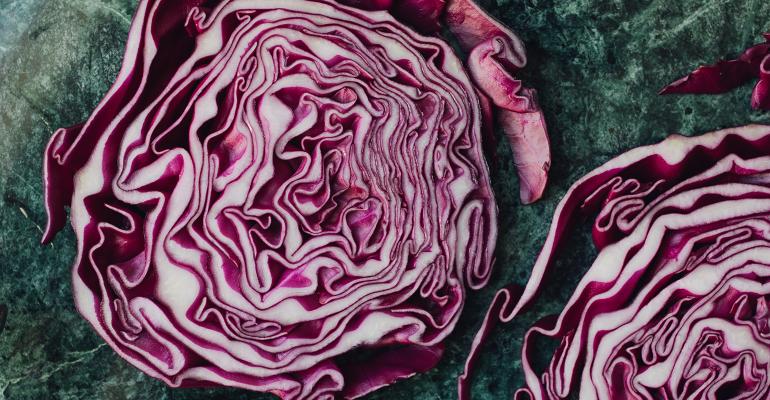 Food and drink companies have been seeking a high-performing natural blue colouring for years, but options have proved elusive and have tended to come with limitations. Could a new blue colouring from red cabbage be the answer?

Blue colours are not uncommon in nature, but are extremely hard to replicate in foods and beverages. They are particularly sought after in beverages and child-oriented products like breakfast cereals and confectionery, and in the past few years, consumers have been drawn to novel coloured foods with Instagram-worthy appeal.

In response to market demand for naturally derived ingredients, an increasing number of manufacturers has phased out artificial colours over the past decade, and some cut blue from their products entirely until they could find a suitable alternative, most notably in Nestlé’s Smarties, which included a white variety instead for three years, until the company found a workable blue hue from spirulina microalgae. Beyond spirulina, huito blue from a tropical fruit called Genipa americana, or huito, is one of the few other commercially available options.

However, all natural blues come with significant downsides. Switching to spirulina from a synthetic blue, for instance, requires a much higher dosage of colourant, meaning that companies often must completely reformulate their products. Less common natural colourants are often combined with spirulina to achieve the right shade, and to help keep costs down. Other limitations include stability issues related to pH, light and heat.

Most recently, researchers at the University of California, Davis – in collaboration with Mars Advanced Research Institute and Mars Wrigley Science and Technology – have discovered a compound from red cabbage that may provide another alternative. The small number of natural blue hues available speaks to the difficulty of identifying potential options, and the researchers spent about a decade working out how to isolate a blue anthocyanin from red cabbage, which is only present in minute quantities.

A scientist working with the UC Davis team, graduate student Pamela Denish, explained that they used computational methods to find an enzyme capable of converting other anthocyanins in red cabbage to the blue colouring, thereby scaling up potential production. The team also has taken waste products into account, using only visually unappealing cabbages destined for feedstock – and after extracting the colourant, the remaining cabbage can still be used in this way. 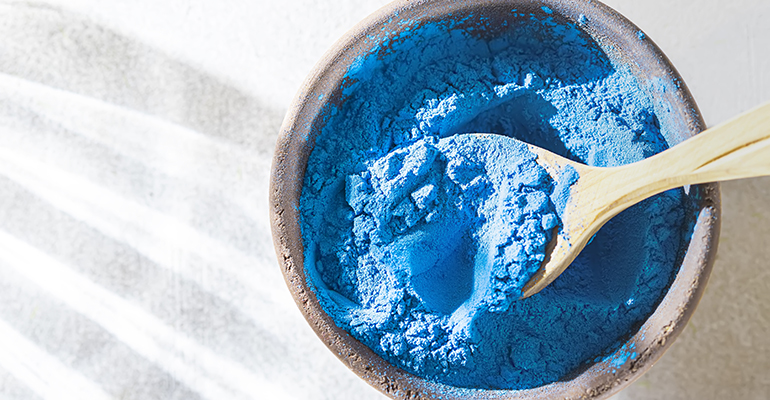 “While anthocyanins themselves are sensitive to heat, our colourant performs well in candy coating, which is heated,” she said. “There are also many examples of people using anthocyanins as colourants in baked goods, so we are excited to test our specific colourant there.”

The team now is working on scaling up production for commercial use, and applying for safety approvals in the US and Europe.

“Anthocyanins are already shown to be safe and approved as a colourant, so we are optimistic that our product will be as well,” she said.

The colour is a stable blue when dried, but Denish said pH was perhaps its biggest limitation, with stability only in neutral and slightly basic solutions.

“We are exploring several techniques that might allow us to use this blue food colourant at lower pH, as we recognise how big of an application space that is,” she added.

The researchers point out that the quest for a natural blue colouring does not only affect blue coloured foods. It also affects the creation of other natural food colours, especially purples and greens, which need a vibrant blue base to avoid becoming dull and muddy-looking. For now, options may be limited, but ongoing demand for naturally coloured foods and beverages continues to drive innovative approaches to industry’s blue dye problem.