How to popularise minimally processed pulses 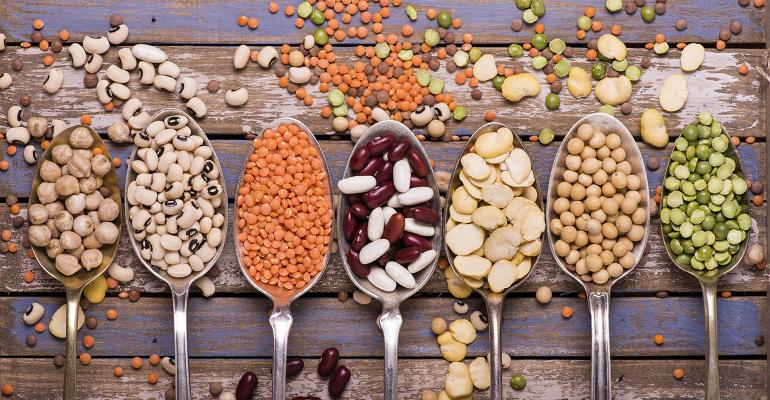 Plant protein isolates and concentrates are riding a wave of popularity but the most nutritious way to eat pulses is also the simplest: in their whole, minimally processed form. How can food brands add these into products and which pulses should they choose?

The global market for plant-based protein market size (soy, wheat, and pea protein in the isolate, concentrates, and textured format) was valued at USD$10.3 billion in 2020 and is predicted to rise to $15.6 billion by 2026, according to Markets&Markets.

According to the market research firm, this is being fuelled by demand for high-protein meat and dairy alternatives, such as vegan meat and plant-based milks. However, the production process to create these ingredients removes some of the other nutrients present in the raw material, such as fibre, creating a white space for minimally processed products containing pulses.

Cool Beans is a US start-up that uses whole pulses as the ‘hero ingredient’ thanks to their “protein-and-fibre goodness”, combining it with other ingredients for maximum nutritional benefit. The company says:

“…our beans are ‘whole foods’ which means we use all of their nutritious and fibrous skin and outer layers in our wraps. When you eat whole beans and whole grain rice you get more nutrition because the natural goodness of the ingredient remains intact.”

The company was co-founded by Tyler Mayoras, an impact investor and entrepreneur specialised in sustainable food and agriculture companies. Inspiration for the company came when Mayoras became frustrated with the prevalence of vegan junk food on supermarket shelves and was tired of spending hours cooking healthy plant-based meals.

Cool Beans uses three types of pulse in its wraps: chickpeas, also known as garbanzo beans, in its Tikka Masala, black-eyed peas in its Spicy Chipotle wrap and kidney beans in its Moroccan wrap.

In Europe, French start-up Hari&Co takes a similar whole food approach to its ingredients. Hari&Co was co-founded by Emmanuel Brehier and Benoît Plisson after they finished their studies in agricultural engineering.

According to the co-founders, they were keenly aware of the negative impact surrounding the overconsumption of meat and convinced that the popularity of plant protein would continue to grow.

Hari&Co, (a play on the French word for bean, haricot) sources its pulses from France and uses green lentils, chickpeas, flageolet beans, and red beans in its product range, which includes burger-style patties and falafel-style balls.

Pulses account for 50% of Hari&Co’s burgers and balls, and its products are rated A, according to the French NutriScore nutrition logo, which is being increasingly adopted across Europe. They are also frozen, meaning the formulation can be kept free from additives or preservatives.

“Our products aren’t designed to replicate the look, texture or taste of meat. Fake meat products are made with additives like ‘meat flavour’ and are full of texturizing agents like guar gum and xanthan gum,” says Hari&Co. “Our recipes are additive-free, our ingredients are organic and our products are minimally processed.” 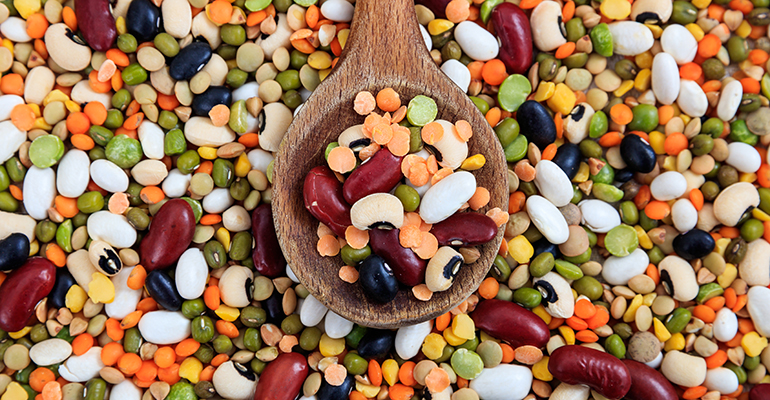 Dried, shelf-stable pulses are seen as healthy, nutritious, and cheap by consumers, as shown by the recent spike in demand at the height of the coronavirus pandemic.

Finger on the pulse: Ingredients to watch

While food manufacturers focus mostly on well-known pulses such as soy, pea and lentil, there are many varieties from regions all around the world. The United Nations’ Food and Agriculture Organization (FAO) works to promote the cultivation and consumption of pulses by raising awareness of the nutritional benefits and the diversity of varieties. Below, we take a look at four of these with examples of how food brands have used them in their products.

In East Asia, red adzuki beans have many different names but in several countries they are known as ‘the king of beans’, says the FAO. With a sweet, nutty flavour, they are often used in Japan, Korea and China to make red bean paste, a popular filling in dumplings, steamed cakes, and sweet desserts.

Food brands seeking to create Western-style products that appeal to Asian taste preferences have used whole adzuki beans and other pulses. For instance, busy lifestyles in Japan mean that fewer households have time to prepare a traditional breakfast, made up of miso soup, grilled fish, and rice. This has fuelled the popularity of granola in Japan in recent years, according to market researchers at Mintel, and brands have adapted their products to suit the local palate.

Mung beans, also known as moong or green gram, are highly popular in India, particularly in the north. The tiny, oval beans are olive-coloured and can also be eaten in their sprouted form, as white, crunchy bean sprouts.

Indian food brand Sattviko adds mung beans to its FoodYoga instant meal pots made using traditional Ayurvedic herbs and whole ingredients. It says that each FoodYoga meal naturally contains 12 g of protein and 20 g of fibre, equivalent to 20% of the daily requirement for protein and 30% for fibre.

Despite the name, Bambara nuts are actually pulses and they also feature on the FAO’s list of under-utilised pulses that deserve more recognition. Native to West Africa, Bambara nuts have not traditionally played an important role in the West African diet but they are gaining traction.

Singaporean start-up, WhatIf Foods, sources Bambara nuts from a Ghana-based distributor and uses them to make high-protein and high-fibre versions of foods such as noodles, soups and plant-based milks.

Tarwi beans come from the high-altitude regions of the Andes where they have been cultivated for around 2,000 years. Also known as chocho in Spanish or Andean lupin in English, tarwi contains between 41 and 52% protein and is so nutritious it has traditionally been used to make a white liquid baby food by cooking and mashing the beans, according to the FAO.

Peruvian brand Ekovida uses the pulse in products sold under its Tarwi Up brand. The range includes high-protein puffed snacks made with tarwi and quinoa, and vegan tarwi biscuits and sweetened with stevia.