MeliBio on why we need synthetic honey to protect wild bees 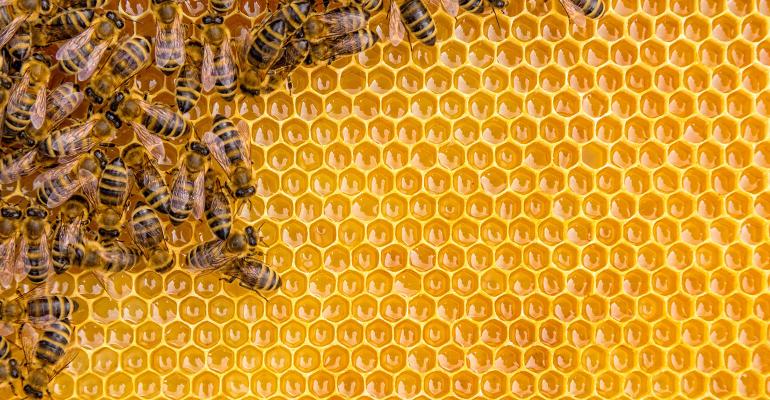 Honey bees are just one species out of a staggering 20,000. But as demand for honey increases, growing honey bee colonies may be harming wild and native bee populations. The solution is honey made without bees, says synthetic biology start-up, MeliBio.

In 2012, Darko Mandich joined the European honey business, convinced he was part of an industry that was helping bees thrive.

“It made sense to me that, the more people eat honey, the [greater] the need for it to be produced and for that honey to be produced, we need more bees. I thought I was doing a good thing. However, in summer 2019 I came across studies showing that honey production, next to climate change, is one of the biggest reasons bees are dying.”

There are around 20,000 species of bees in the world. The honey bee is the only bee species that has been domesticated by humans to produce honey and, while it is important for pollination of flowers and key crops around the world, growing populations of honey bees put pressure on wild and native species for foraging habitat.

Writing in the Scientific American, Dr Alison McAfee from the department of entomology and plant pathology at North Carolina State University described honey bees as 'important for agriculture but not so good for the environment.'

This, along with other factors such as a changing climate, reduced plant biodiversity, and pesticide use, has seen bee biodiversity plummet in recent years. A study published this year in One Earth journal found that one quarter of the known bee species were simply not seen in the decade between 2006 and 2015.

‘The way we produce honey today is killing bee biodiversity’

“As long as the last person standing on earth has one beehive, honey bees will be fine. Beekeepers are multiplying them and increasing the colonies,” said Mandich, said Mandich, who was born in Croatia and grew up in Serbia.

“But the way we produce honey today is killing bee biodiversity. The bees that are really in danger are the wild and native bee species.”

“The issue is that, by overpopulating the habitat with honey bees and bee hives […] to meet the rising demand for honey, we are just making the problem even worse. We at MeliBio believe that by using science to produce honey, we can negate and remove that pressure of honey bees on wild and native bee species, and directly help those habitats to survive.”

Mandich has a background in economics, not science. But as a vegan working in the food industry, he was aware of the growing potential of synthetic biology, which involves instructing the DNA of a microorganism, such as yeast, bacteria or enzymes, to express a given, sought-after molecule. This emerging area makes it possible to produce animal-based products, such as meat, dairy and even human breast milk, without animals.

“I really felt that, if we can make this product to be exactly the same as the way bees make it without honeybees – a vegan option – that would be a gamechanger, a better future for humans and bees,” said Mandich, speaking to Fi Global Insights on, coincidentally, World Bee Day.

Mandich moved to the US to realise his idea. Newly located in California with his wife, he met MeliBio’s future co-founder and chief scientific officer (CSO), Dr Aaron Schaller, and in 2020 they founded MeliBio. 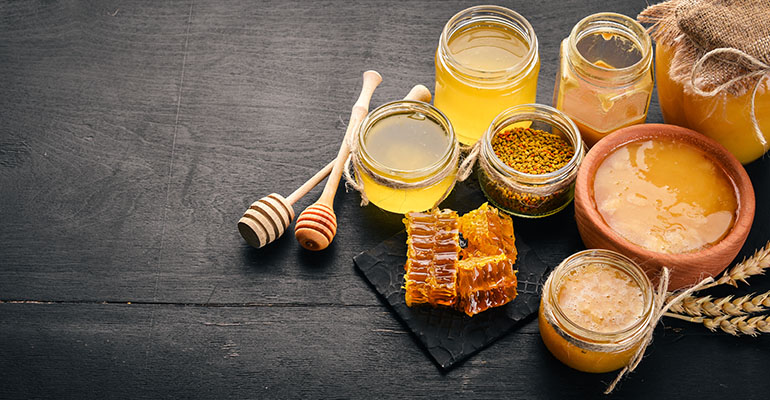 ‘Simulating the stomach of a honey bee’

The start-up, which was accelerated by Big Idea Ventures in New York, is tight-lipped regarding details of its process. It has a patent pending and some elements of its process are trade secrets.

“How do bees make honey? Basically, by flying from flower to flower and collecting mostly nectar,” Mandich said.

“The main starting point [is] having this nectar converted into the building blocks of honey, which are fructose and glucose. After some research and extensive work in the lab, we identified a certain microorganism that we can train to behave in a way to simulate what’s happening in the stomach of a honey bee."

“Basically, this microorganism helps us to convert a starting solution and feedstock into those building blocks, fructose and glucose. Further on, we take it through a process of fermentation and then we get a product that is, on a molecular level, identical to honey coming from the bees.”

MeliBio’s process is still ongoing and the team is working to optimise production. It recently closed a pre-seed round raising $850,000, which will be channelled into expanding the R&D team and preparing for industrial scale-up.

“Pioneering something new and identifying a microorganism that is to be used for the first time in a case like this, you can never have too many resources to optimise your method, to challenge it as much as possible and really make sure what you deliver [is] successful,” Mandich said.

Its first product will be a clear, runny honey – the preferred type in North America, the CEO said – but going forward it is also interested in developing other varieties, such as solid, creamy honey or even specialty honeys, such as Manuka.

Although the start-up aims to be an omnichannel brand, its first product will be a B2B ingredient for with limited volumes launched at the end of this year. To date, 20 companies from around the world have signed up to use its product with interest particularly strong for confectionery, snacks and bakery products.

As to what the product will be called – artificial honey? Synthetic honey? Lab-grown honey? – Mandich said MeliBio is proud to make honey without bees and will use a term that makes this clear to the consumer.

However, he also expects significant opposition from the traditional honey sector, and perhaps even a fight to limit use of the term honey to products made using actual pollinators, much in the same way the dairy industry has lobbied to ensure the terms milk, yoghurt and cheese are limited to dairy-based products, with regulations following suite.

“I appreciate that not all the people out there will share what we believe in. As someone with 10 years’ experience in the honey industry, I know how that industry could be focused on just making profits with the only medium it knows. It is very obvious that the industry will try to fight back, and argue that […]  the only way we can get honey is from bees. But we believe that with the rising trends of vegan and plant-based foods, those initiatives won’t be successful.”