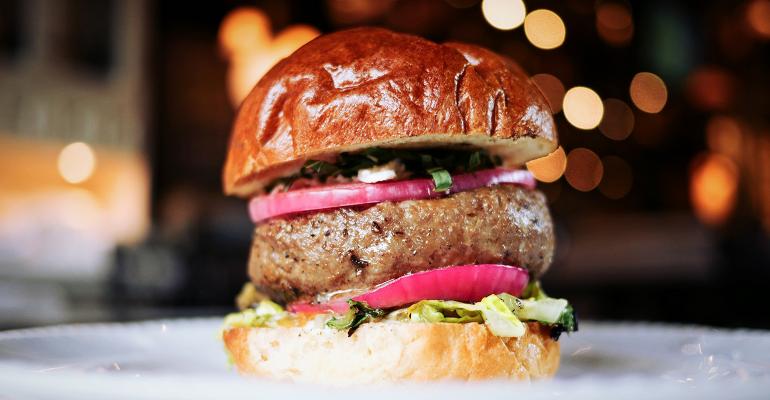 Fat is crucial to the flavour, texture, and mouthfeel of meat and, therefore, to plant-based meat alternatives. So, what are some of the latest ingredient innovations in fat alternatives?

The meat-to-fat ratio in bacon is one-to-one while a rib-eye steak can have around one-third fat. Fat therefore plays a huge role in the sensorial properties of these meats, and replicating it in plant-based alternatives – particularly whole cut pieces – has been touted as key to the success of these products.

Co-founded by Jen-Yu Huang, CEO, and Michelle Lee, CTO, Lypid is a San Francisco-based start-up that uses advanced biomimicry and encapsulation technologies to replicate the functional and sensorial properties of animal fat using plant-based oils such as canola (rapeseed), sunflower and olive oil.

According to Lypid, the problem with current vegan versions of bacon is that the plant-based fat melts during cooking, leaving a greasy liquid in the pan, while the volatile flavours ‘cook off’.

The start-up, which participated in biotech accelerator IndieBio’s recent cohort, claims that it can control not just when the fat melts but also when the volatile flavour compounds are released because flavours can also be encapsulated in the matrix.

As part of the IndieBio programme, Lypid created product prototypes, adding its ingredient, PhytoFat, to an extruded plant protein to create a vegan bacon that retained a solid white, crispy fat after being cooked.

The ingredient is made up of spheres of precisely designed sizes, explained Huang in an IndieBio presentation.

“By controlling how these spheres slide past each other or pack into each other’s spaces, we control PhytoFat’s rheological properties,” he said.

Made from 99% vegan oils and water, PhytoFat is free from texturisers, has not been hydrogenated, and can be designed to have the same melting point as animal fat, remaining stable and solid at temperatures at 165°C. It is also clean label, inexpensive, and shelf stable for six months, says the company, which plans on launching a B2B product and supplying plant-based manufacturers for different plant-based applications.

Boston-based company Motif FoodWorks, which recently raised US$223 million in a Series B round, is a tech-driven supplier that uses synthetic biology and precision engineering to produce high-value ingredients.

It recently acquired exclusive rights to commercialise patent-protected vegan oleogels, developed by Canadian company Coasun. The oleogels are not produced using microbial fermentation but are based on an extrudable fat technology developed by Dr Alejandro Marangoni, the founder of Coasun and food science professor at the University of Guelph. Marangoni helped develop the novel structured emulsion that can replace palm oil and hydrogenated fats in baking applications as well as oil-gelling technologies based on ethylcellulose.

The oleogel can be co-extruded with other plant protein ingredients to recreate the fat marbling of steak and other meats. Marangoni said he saw exciting future opportunities within the plant-based space for developing fat systems for extrusion, as well as other plant-based food applications.

“We want to fully replace coconut oil as the fat of choice in plant-based food applications,” he said. 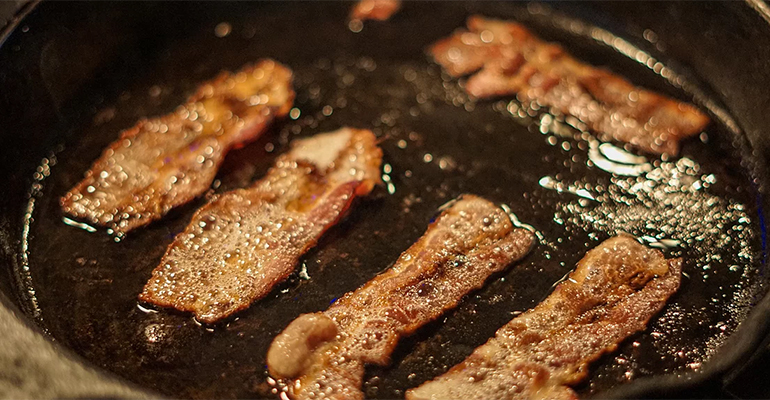 “The main scientific challenge we face is the creation of structured oleogels,” San Martin told The Good Food Institute (GFI). “The oleogels must exhibit strong molecular interactions with plant-based matrices. They are important to plant-based meats because the surface properties of oleogels allow their retention during the process of cooking and mastication (chewing). As with all plant-based products, customer acceptability will be the decisive factor for adopting our novel solution.”

San Martin, who received a research grant from GFI to develop such oleogels, is working with an ingredient called quillaja. Extracted from the native Chilean tree Quillaja Saponaria, it contains saponins that have been used as natural foaming agents in food and drink applications, such as root beer, for years. However, its emulsifying properties have begun to attract attention among meat alternative product developers because quillaja holds up well under shear stress and oxidation.

Other companies are using precision fermentation to produce animal fat without the animals.

Mission Barns is a San Francisco start-up that uses a cellular agriculture platform to produce ‘animal-free animal fat’ that has the same mouthfeel, flavour and functional properties of traditional animal fat. The company takes a biopsy of pork, poultry or beef cells and grows them in a bioreactor, adding a feedstock that includes vitamins, sugars, and proteins, to produce animal fat without having to raise or slaughter animals.

Although Mission Barns’ product is not plant-based, it is targeting the plant-based meat category for its first commercial launch as it sees the failure of current fat solutions in this category as one of the biggest hurdles preventing repeat purchases among consumers.

“Time and again, we see that the addition of Mission Fat to plant proteins makes alternative meat products in any number of categories far outperform the incumbent plant-based options,” said CEO Eitan Fischer.

In April this year, Mission Barns raised $24m in a Series A round to scale up its technology and build a pilot production facility, attracting investors such as including Lever VC; Gullspang Re:Food that has also backed Oatly; Humboldt Fund whose portfolio includes NotCo and Geltor; and Green Monday Ventures, who has invested in Beyond Meat and Perfect Day.

"I've been sampling plant-based meats for 20 years from a huge variety of brands globally, and have never tasted anything as meat-like as products containing Mission Fat. This is going to be a game-changer for the alternative meat sector, because it's going to help brands around the world have a dramatically better product almost overnight.”