Using koji to create plant-based products for people and pets 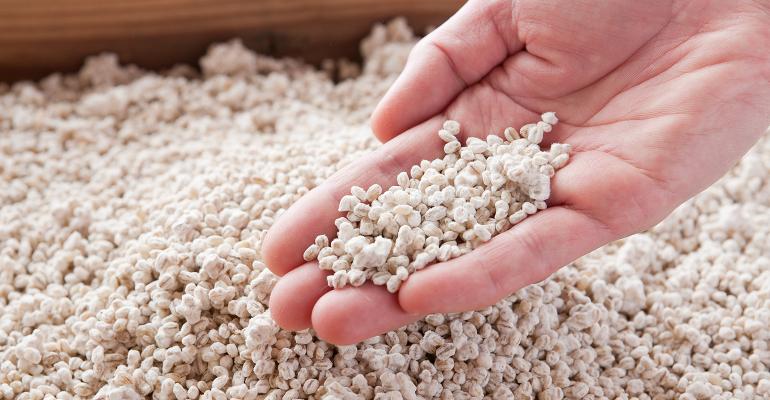 Koji, a filamentous fungus traditionally used in Japanese cuisine, is attracting growing interest among product developers for its potential in plant-based food, pet food and its ability to upcycle by-products.

Tane koji, Japanese for ‘seed koji’, are the spores of the filamentous fungus Aspergillus oryzae, a type of mould that is native to the humid Southeast and East Asian regions.

Koji, meanwhile, is made by sprinkling tane koji over a base such as rice, barley, or soybeans and cultivating the fungus at a temperature that encourages its growth. As the fungus propagates, enzymes break down the grains' starch and proteins into sugars and amino acids, according to research advisor Chieko Fujita, writing in the Tokyo Foundation for Policy Research.

Koji takes on a variety of characteristics depending on what seed koji and base are used to make it. In Japanese cuisine, different types of koji are used to make various traditional fermented foods, including soy sauce, miso, sweet rice wine, vinegar, and pickles as well as the alcoholic drinks sake, shochu, and amazake.

The mould is attracting food industry interest beyond Japan, thanks to its properties, such as flavour, which can be leveraged to reduce sodium or improve plant-based meats, and the growing interest in plant-based proteins.

“Koji has been used across Asia for hundreds of years but in other regions its magic is only now being appreciated. Led by the fermentation chefs, the possibilities of koji are being discovered and applied in restaurants, and this knowledge is now starting to move into packaged goods. We see it really taking off on the west and east coasts of the US this year, then the UK and parts of Europe.”

Koji is being used in ‘next generation’ plant-based products, said Creevy.

“Plant-based alternatives are evolving, and consumers are becoming more demanding. Consumers want plant-based alternatives to have the same depth of flavour as they would have found in a meat or seafood dish, and koji can help deliver this. It has a depth of flavour that is not always achieved by other umami-enhancing ingredients. For this reason, it is a key ingredient in plant-forward innovation.” 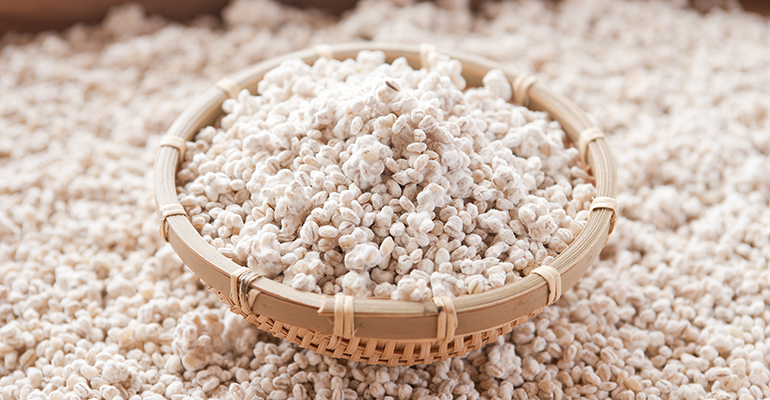 US company Prime Roots' uses koji for its vegan bacon. A soft launch of more than one thousand packages of its koji-based bacon sold out within hours, noted the Good Food Institute (GFI) in its State of the Industry report.

Koji is also being used to make pet food with a lower carbon footprint than meat-based food.  Wild Earth, founded in 2017 by IndieBio co-founder Ryan Bethencourt, uses koji in its plant-based dog treats.

“These ‘tiny miracles’ are miniature protein factories –they pump out ultra-high-quality protein, grow easily at scale, contain all 10 essential amino acids dogs need, and require radically fewer resources to produce,” said the company. “This is increasingly important, as the over-reliance of meat in kibble is responsible for 25-30% of the environmental impact of meat consumption in the United States.”

Wild Earth said there are hundreds of millions of active individual koji strains in each bag of koji it sources for its products. “We sift through those in an efficient way and find the ones that are going to produce the best dog food,” said Ron Shigeta, Wild Earth’s chief science officer.

Shigeta added that koji is already used in many dog food products, added to aid digestion, but Wild Earth’s use as a main protein base is novel.

Eco-friendly fungus: Koji as a tool for upcycling

Some brands are also using koji as a tool for upcycling food industry by-products.

Japanese company SOI uses koji to ferment coffee grounds, turning them into functional coffee bars formulated with 0, 10 and 40% sugar. Another US startup, Shared Cultures, ferments local produce such as mushrooms with koji, which it says reduces food waste thanks to the natural preservation properties of fermentation.

“We're only just scratching the surface of what [koji] can help achieve within the food and drink space,” she added.