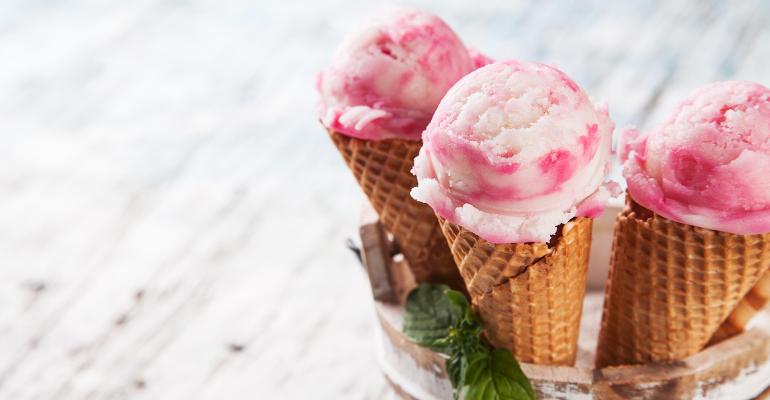 Protein sweeteners are molecules that exist in tiny quantities in the plant, meaning that natural extraction is simply not viable. Currently, thaumatin is the only glycoprotein used by food manufacturers around the world but even its uptake is limited due to its high price, short supply and limited functionality in certain applications.

Precision fermentation and synthetic biology, however, look set to change this, making protein-based sweeteners a low-cost and functional option to replace artificial sweeteners in food and drink products.

Taylor Hinds is a research analyst at RethinkX, an independent think tank specialised in tech-driven disruptions across different industries. She says:

“Producers can design proteins by altering the genetic code in such a way that suits the protein for a specific use, and they can do this cheaply and at scale. Many companies have jumped at the opportunity to start producing some the known sweet proteins while others have been busy designing new ones.”

Its flagship product is brazzein, the smallest sweet-tasting protein that is isolated from the West African climbing plant, oubli (Pentadiplandra brazzeana). Brazzein is 1,200 times sweeter than sugar, contains zero calories and is pH and heat stable. It is also free from bitter and metallic aftertaste, according to Magellan Life Sciences, meaning no masking agents or flavours are required.

The company recently closed a seed round – details regarding the amount raised were undisclosed – with key investment coming from French investment company Roquette Ventures (a division of the plant protein supplier, Roquette), US-based SOSV and three European business angels.

Abhiram Dukkipati, co-founder and CEO of Magellan Life Sciences, which has its global headquarters in London and research facility in Goa, India, said this cash injection would go towards expanding its R&D team and scaling up its manufacturing process.

“There is a global emphasis on using plant-inspired proteins to meet food and beverage markets’ expectations. Within this theme, [we are] addressing the important issue of sugar reduction by providing alternatives to carbohydrates with new protein sweeteners,” Dukkipati added. 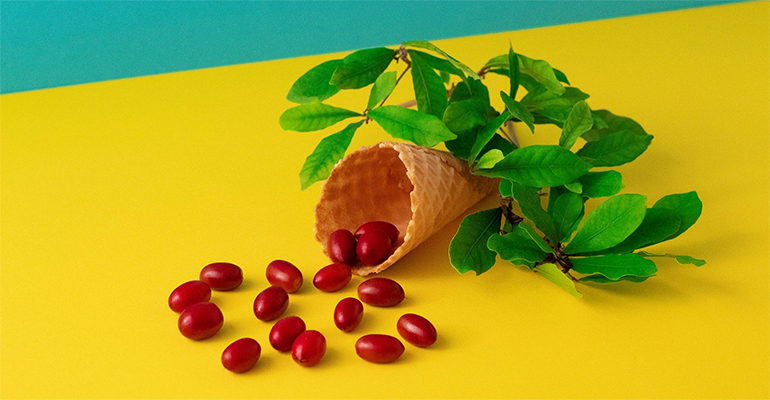 Another company active in this space is Joywell Foods, a California-headquartered company that uses precision fermentation to produce at scale the sweet proteins found in exotic fruits.

The company (previously known as Miraculex) recently closed a Series A fundraising round at $6.9 million, led by Kraft Heinz-backed venture fund, Evolv Ventures, bringing its total funding including previous seed rounds to over over $13 million.

Joywell’s first product is miraculin, a glycoprotein found in the miracle berry (Synsepalum dulcificum). Native to West Africa, miraculin is around 5,500 times sweeter than sugar when eaten as a pure ingredient or in a food product although it does not actually taste sweet; instead, the protein miraculin binds to the sweetness receptors in the taste buds, making sour-tasting foods like lemon taste sweet, an effect that can last up to one hour.

The fact that this affects the taste of everything the consumer eats – not just the product miraculin is used in – has previously hindered uptake of the sweetener. However, a recent safety review conducted by Joywell Foods, notes the results of a sensory study showing that the taste-modifying effect of miraculin at the concentration intended for product development has “a rapid onset and disappearance with no desensitizing impact on the receptor”, meaning use of the ingredient is more practical.

Karen Huh, CEO of Joywell Foods, said the company had a vision to eliminate the prevalence of sugar in the Western diet.

“Sweet proteins – many of which are over 1000 times sweeter than sugar – can reduce how much sugar we consume in our daily lifestyle," she said.

“Every protein is composed of a necklace (sequence) of twenty types of beads called amino acids,” it explains. “Computational Protein Design (CPD) is a method in which the protein amino acid necklace is examined and designed so as to naturally produce a new necklace of amino acids that is highly similar to the original protein yet confers beneficial properties such as taste, thermal-stability, acid-stability, shelf-life, expression yield and alike. The designer protein is 100% protein with a novel sequence of amino-acids.”

Its non-GM proteins are between 70 and 100% identical to sweet proteins found in nature and have been optimized for taste, stability, and expression yield, it says.

“For us, it is important not to compete with the diet market but with the sugary market with taste that is indistinguishable from sugar,” the company’s founder and CEO Ilan Samish told attendees of the Future of Nutrition Summit, organised by the publisher of Fi Global Insights. “The target is to enjoy sweetness within cheap industrial foods and not have the consequences.”

Consumer acceptance: The case of insulin

But just how consumer friendly are such protein-based sweeteners that are fermented in bioreactors, sometimes using genetically modified bacteria or yeast?

According to RethinkX, the success of products produced via precision fermentation in the pharmaceutical industry – particularly insulin – gives an indication of the potential success this manufacturing process could have for food.

Insulin, crucial to treating diabetes in humans, was traditionally produced by extracting it from the pancreas of cows and pigs, with more than 50,000 animals required to produce just one kilogram. In addition to this huge supply constraint, animal-derived insulin could trigger allergic reactions and was inconsistent in quality. As the number of diabetes-sufferers grew throughout the 1970s, so did fears over supply shortages, with one industry estimate forecasting that 56 million animals a year would be needed to meet US insulin demand alone.

However, the safety approval of Genentech-produced Humulin – the first human insulin produced using a genetically modified yeast that was superior in functionality to animal-derived insulin – changed the landscape.

“Humulin was more consistent in quality, better tolerated, and managed sugar levels more effectively, despite initially being more expensive to produce. By 2000, animal insulin made up less than 1% of the market,” says RethinkX. “Insulin is an instructive example of how precision fermentation has created a superior product that led to a rapid disruption of an existing product.”