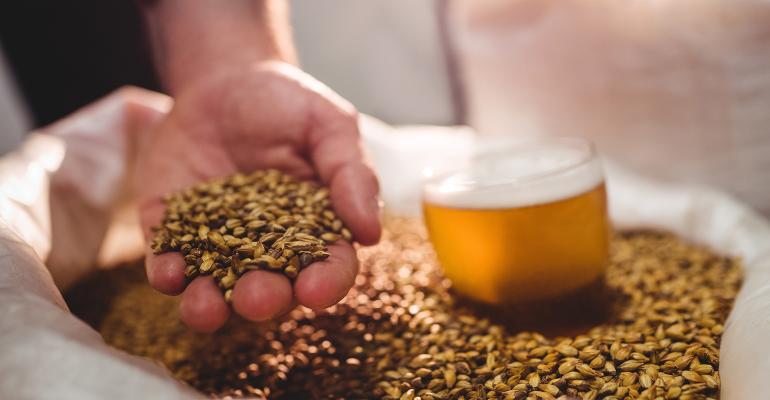 Making healthy snacks from the recycled grain used by beer brewers is just a launch pad for California start-up ReGrained, which aims to add its nutrient-packed flour to other manufacturers’ products around the world.

“This is like Intel Inside, products are powered by ReGrained,” says its founder.

Brewers’ spent grain is the main by-product of making beer with some estimates putting average global production at around 39 million tonnes a year.

Daniel Kurzrock and Jordan Schwartz, co-founders of ReGrained, got a taste of just how much brewers’ spent grain is generated in the world when they began brewing their own beer at university. After initially throwing the grain away, they began using it to bake bread and the idea for ReGrained took shape.

“We haven’t yet quantified the net impact of the benefit when a company uses an upcycled ingredient instead of a virgin ingredient, but we’re making food from something that has already been used for another purpose; on that very intuitive level, this makes sense,” said Daniel Kurzrock, co-founder and vice-president. “It takes over 300 gallons of water to produce the grain used in just one six pack of beer but only the sugar is needed in the beer-making process.”

Transforming brewers’ spent grain, which contains up to 90% moisture, into a barley-based functional flour that can be used by food manufacturers, however, took more work.

The moisture content means it spoils very quickly and is highly energy intensive to dry out. ReGrained worked with the United States Department of Agriculture (USDA) to develop a patented and highly efficient thermo-mechanical process for stabilising the grain.

“We’re a food tech company and we use the technology we developed to make new, innovative ingredients through edible upcycling,” Kurzrock told Fi Global Insights. “Essentially, we mapped out all the food that is over-looked and under-utilised in the food system, identified how much nutritional value it had and put it to use.”

‘This is a hero, not a hidden, ingredient’

ReGrained’s powder resembles a toasted flour with a nutty, caramel-like flavour and packs a nutritional punch, containing 3.4 times more dietary fibre than wheat flour and twice as much protein as oat flour. It is also a source of prebiotic fibre, beneficial for gut health, and micronutrients including iron, magnesium, manganese, zinc, and phosphorous. The fact that the beer-making process uses up the natural sugars in the grain means the powder is low in sugar. 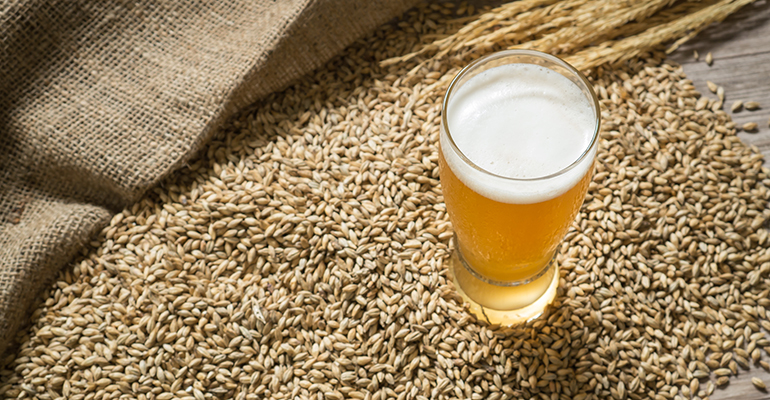 The start-up makes a range of granola bars with functional superfoods, some of which – such as coffee fruit, also known as cascara – are also upcycled ingredients.

However, the start-up sees itself principally as a functional ingredient supplier rather than a consumer-facing company.

Its clean label and shelf-stable powder can be used in baked goods, cereals, bars, can replace modified corn starch in liquid applications and works as a binder extender in meat systems.

Supplying its upcycled ingredient to multinational CPG companies allows it to have a much bigger impact. Even if its consumer brand generated $100 million in sales, it would only need to work with one or two breweries to source sufficient spent grain to make its products, Kurzrock said.

The start-up is currently working with over 60 companies globally to develop products.

“It’s like Intel Inside, powered by ReGrained – so we are looking for partners who want to get on board. We can help them create more marketable products because they are great tasting, nutritious and have a story to tell on environmental action. That authenticity as opposed to green washing is something consumers appreciate.”

The company created a logo that manufacturers can add to their product packaging.

“The idea is they will be cobranded products. We don’t want to be a hidden ingredient on the nutrition facts panel. We are a hero ingredient.”

As one of the founding members of the recently formed Upcycled Food Association, which aims to reduce food waste by supporting the upcycled food economy, ReGrained is also excited about working with other co-streams. Its technology can be used to transform the oats and nuts leftover from making plant-based milks and fruit pomace from juice extraction, into higher value ingredients.

“They are all value streams that are not being put to best use. We are mission driven and love working on food upcycling because it’s a really great way to tackle the waste problem, which is one of the biggest contributors to climate chaos,” Kurzrock said.

One of the next challenges for the certified B-Corporation start-up is to find packaging that can match its sustainable mission.

It initially launched its granola bars using sustainable, compostable packaging but was forced to switch to standard flexible, single-use plastic when it discovered the products reaching consumers had already gone stale.

“There’s a real technology gap today,” the co-founder and vice-president said. “For us, we were ok with the fact that sustainable packaging was more expensive and there would have to be some compromises on shelf life, but the product was going stale by just being exposed to heat in a truck.

“I hate plastic but it’s very effective in preserving shelf life.  The compostable packaging wasn’t working. We were tying not to create packaging waste while solving food waste, but we were in effect creating food waste as the product was going stale in the distribution chain.”

Although initial testing had shown that the compostable packaging would not be as effective as standard plastic, the company decided that this was 'a non-negotiable value'. Kurzrock described this decision as akin to 'jumping off a cliff and deciding to build a plane on the way down'.

It has since joined a coalition along with snack giants Mars and Clif Bar to find better packaging alternatives and has won praise for its transparent stance.