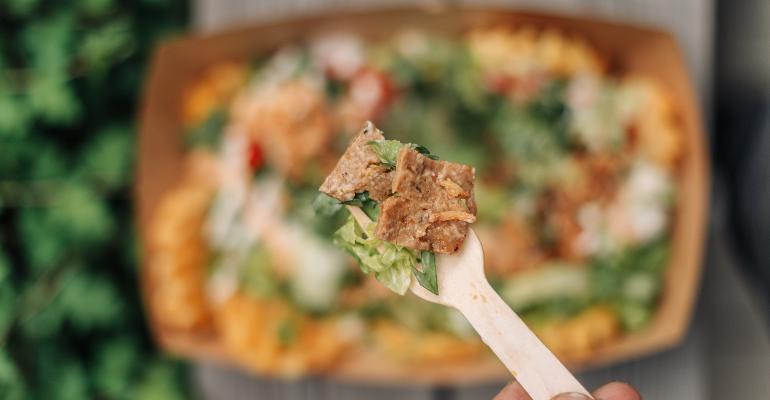 Meat alternatives already are at an advantage in consumers’ minds when it comes to animal welfare, sustainability, health concerns and food safety – and ongoing issues of taste, texture, nutrition and price are on the verge of new breakthroughs.

Demand for meat and meat alternatives alike is expected to grow everywhere in the world as incomes increase, according to Rob Wilson, Partner and Managing Director at L.E.K. Consulting. Plant- and cell-based protein were on the brink of expanded consumer uptake, he said, speaking at “The boom in plant- and cell-based protein: Opportunities across the F&B value chain” expert session at the Fi Europe hybrid event.

“Plant-based is all about moving from simple caloric goals toward holistic health and wellness and protecting the planet,” he said.

While plant-based protein products typically come at a price premium, Wilson underlined that consumers say they are willing to pay for these benefits – especially millennial consumers who tend to be more concerned about the sustainability of their food choices.

The latest, second-generation plant proteins include products from Beyond and Impossible, which arguably taste better than first-generation, often tofu-based, meat alternatives, attracting a new group of flexitarian consumers. Reportedly, he said, 95% of Impossible Foods’ customers are not vegetarians or vegans.

“Despite this success, second generation plant-based meat is still not hitting on all cylinders,” said Wilson, explaining that taste and texture remain the biggest hurdles for consumer acceptance.

Nevertheless, by 2030, L.E.K. predicts that about 15% of US meat consumption will come from alternative sources, whether plant-based or cell-based. And while the United States is expected to remain the leader in alternative protein for the next five years, the opportunity is global.

Wilson referred to animal welfare, sustainability, health concerns and food safety as ‘push drivers’ for plant-based and cell-based meat alternatives. However, meat still has the advantage in terms of taste, texture, functionality, nutritional profile and pricing, which he calls ‘pull drivers’.

“We see those factors as being the key unlocks for cell-based, and that’s why we really see a bright future for cell-based,” said Wilson. “The one question mark there is on price and how can you scale that technology, but if you’re hitting on all the push drivers and you’re hitting on all the pull drivers, we’ve shown before consumers have a willingness to pay for what they want.” 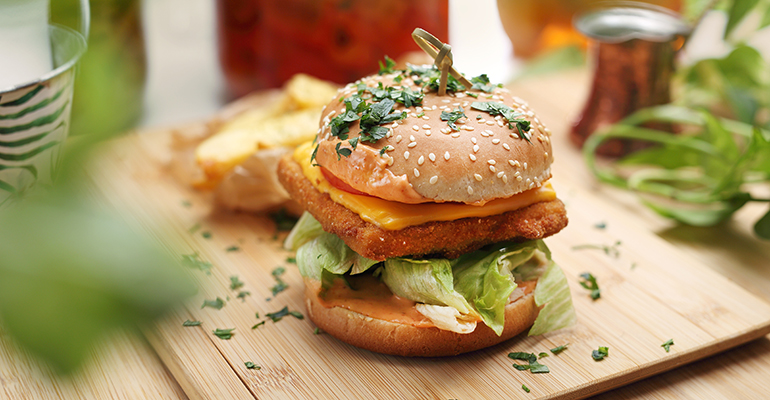 The Good Food Institute Europe sees particular promise in alternative protein production via fermentation. Also speaking at the hybrid Fi Europe event, the organisation’s Science and Technology Manager, Seren Kell, suggested that in the future, fermentation technology would be seen as part of one large alternative protein industry, which would also include making proteins directly from plants, and using animal cell cultures.

“One of the key benefits for this technology is that it is relatively familiar and known to consumers globally,” she said, in a presentation entitled “Fermentation and alternative proteins: Harnessing the power of microbes to fuel the next food revolution”.

Traditionally, fermentation has been used for foods like bread, cheese and tempeh, and as a result, companies in the space may be able to tap into widespread consumer acceptance of its use in food production.

“The rate of growth has increased in recent years, with about four in five fermentation companies having been formed since 2015,” said Kell.

In addition, about 30 established companies also have added fermentation platforms to their business. And there are some big market leaders emerging, such as DSM, which launched a range of enzymes for plant-based products, Novozymes, which has developed enzymes specifically for meat analogues as well as oat beverages, and Dupont Danisco has also introduced a range of cultures for fermented plant-based foods and beverages.

In 2020 alone, 13 new companies were focused on using fermentation for alternative protein, mostly in the US and Israel. One used traditional fermentation, and nine were in precision fermentation, in which microbes are used as a tool to produce specific proteins, such as Perfect Day’s milk proteins or Clara Foods’ egg white protein. Three others were in biomass fermentation, where the microbe itself is the end product. Brands in that category include Quorn, as well as more recently established companies like Nature’s Fynd and Meati.

However, despite rapidly increasing investment in alternative proteins, the $3.1 billion that has been invested in the sector overall still represents a low amount relative to other industries, and Kell suggests there is much more room for growth.

“We’ve barely scratched the surface,” she said. “Microbial fermentation offers a powerful tool to produce protein directly…That being said, for this to bear the full fruit of its potential, there are still some crucial technical and scientific bottlenecks which need to be overcome, as well as a fair and favourable policy environment.”