Opening the door to mass production of rare sugar tagatose 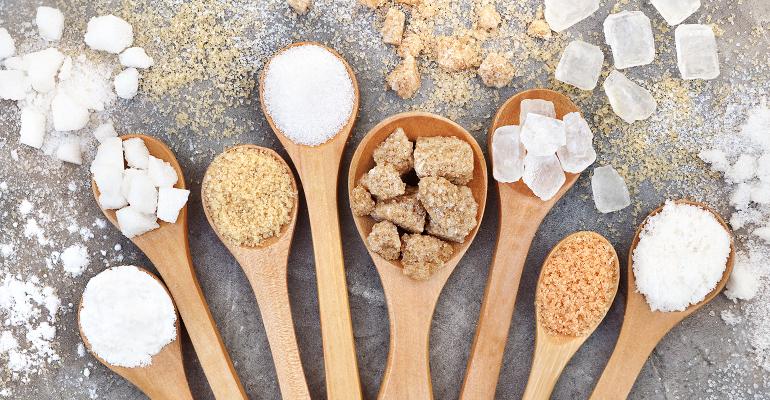 Scientists and start-ups are developing new ways to produce tagatose, a natural, low-calorie sugar with EFSA-approved health claims that is currently prohibitively expensive for many brands.

The backlash against sugar has prompted food manufacturers to search for alternatives that can replace the sweetness of sucrose without the calories. However, sweetener alternatives bring their own challenges from the health concerns associated with artificial sweeteners like aspartame to the unpleasant after-taste of stevia.

Tagatose, which is 90% as sweet as sugar and contains 1.5 calories per gram (compared to 3.9 for sucrose), has two approved EU health claims for contributing to tooth mineralisation and inducing a lower blood glucose spike than table sugar. It is only partially digested by the body with the rest acting as a fibre in the intestine said to have beneficial prebiotic effects to the gut microbiome.

In addition to a sugar-like taste, it also offers some important functional benefits. Like sucrose, tagatose undergoes the Maillard reaction when heated, meaning it produces the browning effect that is important for caramelisation and baking applications.

Although low-GI tagatose has been around for years – the FDA approved it in 2003 while EFSA gave the green light in 2006 for Europe –uptake has been relatively limited due to its high price, currently retailing for about $26 per kilo compared to just 50 cents for sucrose, according to Netherlands-based industry consultancy FutureBridge.

Traditional manufacturing methods involve a multi-step enzymatic process that converts galactose -- a component of lactose -- into tagatose. However, the process only converts around 30% of the galactose and separating the tagatose is expensive.

FutureBridge recently conducted a three-year review of sugar reduction developments and identified tagatose (along with stevia and xylitol) as innovative ingredients that are becoming more price competitive.

“We see a growing trend of new sweetener solutions with a competitive price advantage,” said Sarah Browner, senior analyst at FutureBridge. “Companies, especially start-ups, are rethinking and re-evaluating the production process of several low-calorie sweeteners to make them more accessible on the market.”

Persistence Market Research is also confident about future demand for the rare sugar, predicting that the global tagatose market will grow at 4.7% between 2019 and 2027 period as health-conscious consumers seek out low-calorie sugar substitutes.

One company promising to make tagatose more affordable is Bonumose, a Virginia-headquartered early-stage start-up that has developed a process of simultaneous enzymatic conversion that it says is radically more efficient that the conventional process.

“We use multiple enzymes that essentially simultaneously convert feed stock to extremely high yields of the target,” Bonumose CEO Ed Rogers told Fi Global Insights. “We start with starch and our combination of enzymes work together in a way so that the final step of the reaction is irreversible. The whole reaction is pulled forward and we get about 90% yields, which is extremely high. The material we are working with is also high purity, so it is simple to purify and crystallise.”

Invented by Daniel Wichelecki, chief scientific officer and co-founder of Bonumose, the patented process can also be used to make other rare sugars such as allulose and allose. The start-up uses inexpensive feedstocks such as residual potato starch from French fry manufacturing or the starch left over from making pea protein isolate. 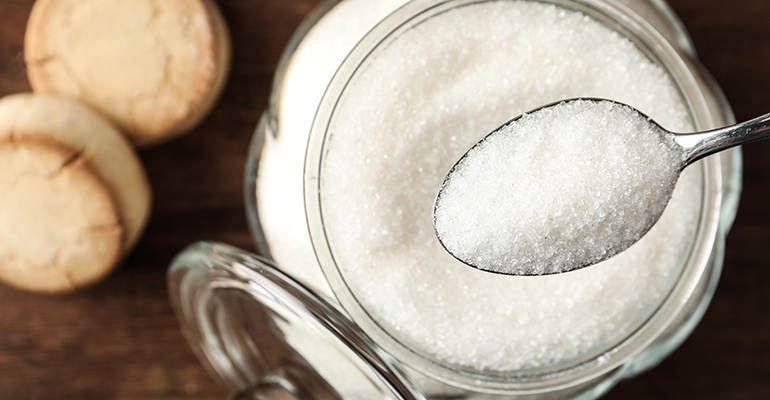 “When high fructose corn syrup is made, the enzyme used to do that is immobilised and fixed to a carrier so that it can be used in a continuous process and doesn’t get washed away,” he said. “The biggest technical challenge we faced was coming up with a process to take our enzymes and immobilise them. Nobody has immobilised six enzymes for use at a commercial scale, so we had to develop method to do that.”

“What we now [can] do is lower the cost of tagatose, allulose and other healthy sugars for mass market adoption,” Rogers added. “We are excited about democratising nutritious sugar. We’re not doing this just for the upper income population, this needs to be mass market affordable.”

Yeast-based fermentation is another emerging technology that could produce the low-GI sugar at scale.

Researchers from the University of Illinois at Urbana-Champaign recently engineered a strain of yeast that produces tagatose from lactose by making two genetic tweaks. They first removed a gene that let the yeast use galactose as cellular fuel during lactose metabolism, and then added two genes that convert galactose into tagatose. The engineered yeast produces a solution that is 90% tagatose.

“Manufacturing costs of rare sugars tend to be higher than HFCS and have impeded the wide use of rare sugars, even though they exhibit many benefits especially as potential anti-diabetic and anti-obesity medicines,” they wrote in the open access article published in Nature Communications. “Our strategy reduces the production cost at every step, as compared with existing industrial tagatose production systems.”

Their method can also produce tagatose from the lactose present in acid whey, an abundant by-product of the Greek yoghurt manufacturing process that is toxic to natural environments as it removes oxygen from water.

“Our strategy not only maximizes substrate value, but also simplifies product separation and purification, resulting in an overall decrease in production costs,” wrote the researchers.

A sugar that’s not a sugar?

In the future, tagatose may also offer US manufacturers some benefits around nutrition labelling.

Bonumose has filed a citizen’s petition asking the US Food and Drug Administration (FDA) to exempt tagatose from a sugar declaration on product packaging. It says that tagatose is a carbohydrate that meets the definition of a dietary fibre – and on-pack nutrition information should reflect this.

[Revising] the definition of dietary fiber to include carbohydrates with fewer than 3 monomers, as well as accompanying revisions of the definitions of total sugars and added sugars to avoid redundant classification, […] will result in a more accurate Nutrition Facts Panel,” reads the petition.

The FDA has not yet given an answer but last year, it ruled that allulose could be excluded from the total and added sugar counts on Nutrition and Supplement Facts labels when used as an ingredient on the grounds it is not metabolized by the human body in the same way as table sugar.

This was the first time the FDA allowed a sugar to not be included in the total or added sugars declarations on labels.