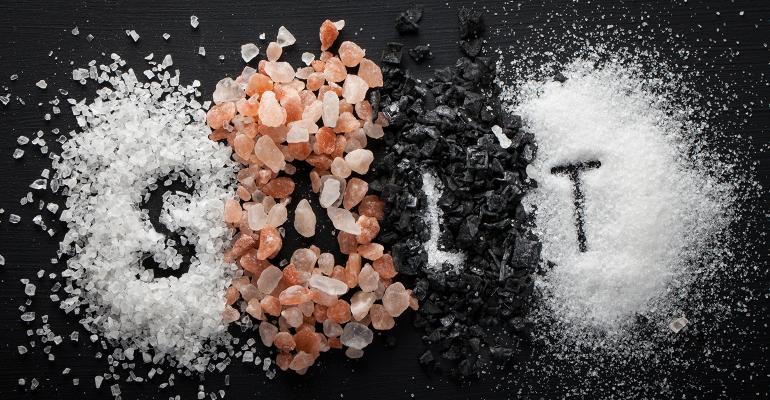 From submicron-sized salt particles to microwave thermal sterilisation; potassium chloride to mushroom-based bitter-blockers, we take a look at some of the latest ingredient innovations helping manufacturers to reduce salt.

The World Health Organization (WHO) recommends that adults consume less than 5 g of salt per day, or just under a teaspoon. Most people, however, consume around twice this recommended level with an average intake of between nine and 12 g per day, resulting in an increased risk of high blood pressure, cardiovascular disease, stroke, and coronary heart attack.

In May this year, the WHO released a new set of global benchmarks for sodium levels in more than 60 food categories aimed at helping countries define national policy to reduce sodium content.

So, what are some of the latest ingredient innovations and salt-reducing strategies manufacturers can use to make their products healthier?

MicroSalt is a US company that allows brands to keep using standard table salt, or sodium chloride, but in smaller quantities. It uses a patent-protected technique to reduce the size of the salt particles, this increasing the surface area that comes into contact with the tongue and increasing perceived saltiness.

The technique can be used for dry topical applications, such as chips, tortilla chips, nuts, crackers, and popcorn, without altering the final taste and, according to the company, it performs better than table salt for product adhesion thanks to the micro-size of the salt particles.

MicroSalt’s technique involves dissolving salt in water and mixing this solution with carrier particles. Food-grade additives or bulking agents, such as maltodextrin, pre-gelatinized starch, gums or hydrocolloids could be used, according to its patent. This salt-carrier mixture is blended until homogenous and the water is evaporated via a spray drying, drum drying or freeze-drying process, leaving the carrier particles covered in tiny, micron- or submicron-sized salt particles.

Another potential salt-reduction technique was recently discovered by food safety researchers and described in the peer-reviewed study, ‘The potential for microwave technology and the ideal profile method to aid in salt reduction’.

Microwave assisted thermal sterilisation (MATS) is a processing technique used to kill pathogens but it also influences flavour intensity and perception, making it a useful tool in sodium reduction particularly when compared to the current method, retort, which reduces flavours.

The researchers from Washington State University gave MATS-treated and retort-treated mashed potatoes to a tasting panel and found that MATS intensifies the flavour of the other ingredients used, such as pepper or herbs. Consumers still enjoyed the mashed potatoes prepared using MATS even when they contained up to 50% less salt.

“The intensity of pepper is the same in MATS and in fresh potatoes, but is reduced in retort processing," said Carolyn Ross, professor at the university’s School of Food Science and lead author of the paper. "The heating process of retort, which takes longer to get up to temperature and longer to cool off, changes the texture and flavour of food. MATS is much faster, so it doesn't have nearly as big an impact on those areas."

“[The panel] could tell it wasn't as salty, but they still liked it because the flavour intensity of other ingredients was higher," said Ross. "Basically, if you can enhance the flavours of herbs, the food still seems salty enough to be enjoyed.” 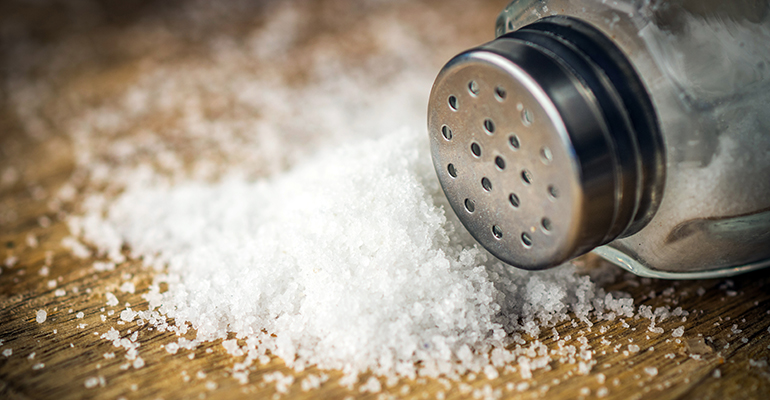 Potassium is an essential nutrient, found naturally in many foods including fruit and vegetables, that can reduce blood pressure and the risk of cardiovascular disease, stroke and coronary heart disease in adults and children. It has a salty taste meaning it can replace sodium chloride – but too much can leave an unpleasant metallic aftertaste in the mouth.

US company NuTek Natural Ingredients developed a patented washing and drying process to remove the metallic taste associated with potassium chloride, meaning brands do not have to add masking agents, flavour enhancers or additional seasoning to hide the metallic flavours.

NuTek also successfully petitioned the US Food and Drug Administration (FDA) to allow brands to list potassium chloride as ‘potassium salt’ on ingredient lists and product packaging, which helps consumers understand that it is a natural salt ingredient and not a chemical, it says. (People suffering from renal dysfunction must monitor their potassium chloride intake and so its use must be clearly indicated on product packaging.)

“Potassium salt serves all of the same functions as common salt but does not have the harmful effects of sodium that, when overconsumed, can lead to heart disease,” said the company’s chief operating officer, Barry Knudson. “In fact, the average American over-consumes sodium by 50% and under-consumes potassium by 56% of the daily reference value. The healthy balance of both salts helps regulate blood pressure and fight against heart disease.”

For brands wishing to use standard potassium chloride, however, masking agents can be effective in balancing out the metallic taste. MycoTechnology has a range of ingredients derived from the fungal mycelium, the filamentous ‘roots’ of mushrooms. Its portfolio includes a bitter blocker, ClearTaste, that the company says can effectively mask the metallic aftertaste associated with potassium chloride, allowing brands to reduce sodium chloride content.

“The majority of our salt intake is derived from readymade foods bought in store or eaten out of the home, therefore any opportunities to reformulate everyday foods are welcomed.

“We most definitely favour small gradual reductions across whole categories of food, so that taste preferences adapt across the whole population. The salt reduction programme [in the UK] is a great example that it can be done – breakfast cereals for example are now 50% lower in salt, and bread is around 20 to 30% less, all relatively unnoticed by the public. And as such, population intakes have gone down, as has blood pressure and rates of heart attacks and strokes,” Pombo told Fi Global Insights.

“Some categories of food however, require salt for technical or safety reasons, and therefore in those circumstances lower sodium alternatives should be encouraged.”