Looking for alternatives to bisphenol A 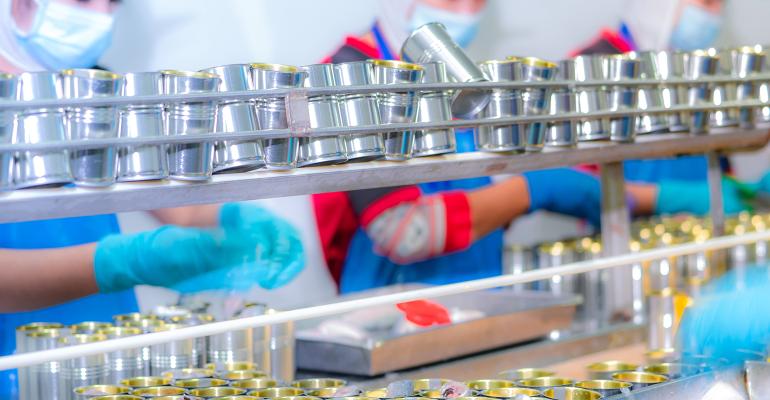 The EU could significantly limit the use of the known endocrine disrupting chemical, bisphenol A (BPA), in food packaging. But what are the alternatives and how easy will it be to adhere to lower authorised levels?

Following a growing body of research suggesting the chemical’s potential harmful impact, EFSA conducted a re-evaluation of BPA and subsequently published its proposal in 2021 to considerably lower the tolerable daily intake (TDI) of BPA from four to 0.00004 micrograms per kilogram of body weight per day.

BPA is a chemical used in the manufacture of polycarbonate plastic. Subsequently, this type of plastic can be used to produce certain types of food contact materials such as water dispensers or food production articles. The chemical, BPA, is also prevalent in the production of epoxy resins to form protective coatings and linings for food and drink cans.

Proposed levels ‘a gravestone for BPA in Europe’

A consultation invited feedback on the draft opinion, which closed on 22 February 2022. The industry now awaits updates on the future use of BPA in food packaging and its implications for food manufacturers.

In February 2022, professor Laura Vandenberg, an endocrinologist from the University of Massachusetts Amherst, was quoted in the journal Science as describing the proposed limit as “a gravestone for BPA in Europe”.

In its previous decision in 2018 to lower the specific migration limit (SML) of BPA, based on the 2015 EFSA scientific opinion on the chemical, the EU Commission considered that there are other sources of BPA than food contact materials, says Jane Muncke, Food Packaging Forum’s managing director and chief scientific officer,

“So, by logic, the EU Commission would do so again,” says Muncke. “This means that a new SML for BPA would then be lower than 2.4 ng/kg food,” she adds, relaying the implications of these new tolerable limits. “But there are many ‘ifs’ around this still.”

The new TDI is currently a proposal. The European Food Safety Authority has not yet published a final TDI.

If the proposed TDI is adopted, then the European (EU) Commission can decide to lower the SML BPA. If implemented, this adoption will mean a change to regulation EU 2018/213 on the use of bisphenol A in varnishes and coatings designed to come into contact with food and EU 10/2011 about the use of that substance in plastic food contact materials.

The new TDI limits currently being considered raise questions and potential challenges for food manufacturers on how they can ensure adherence to these new limits if implemented.

“Food manufacturers are best advised to procure food packaging and food processing equipment that is not made with BPA,” says Muncke. BPA not only migrates from food packaging, Muncke notes, but also from storage containers, processing equipment and filling lines. “Food brands should ask their food contact material suppliers for information about BPA content in their products.” 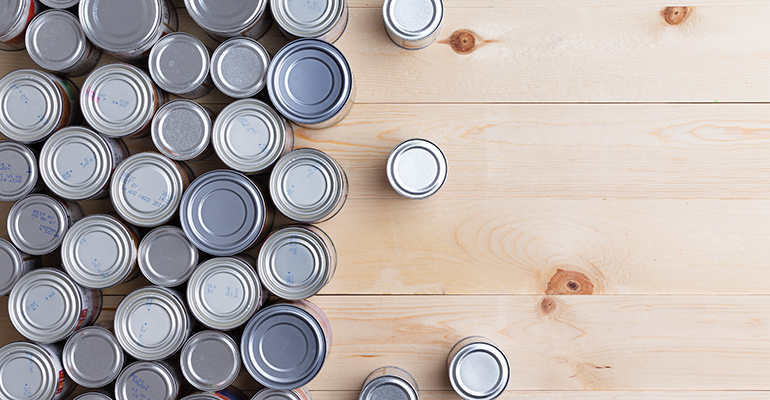 In March 2022, the Food Packaging Forum published the results of a recent review study it carried out, which sets out a systematic evidence map in the Journal of Hazardous Materials. The research shows that out of a total of 193 chemicals investigated, 150 of those were found to migrate from PET bottles into drinks.

Food Packaging Forum scientists, Spyridoula Gerassimidou of Brunel University and other co-authors analysed 91 studies to examine chemical migration from PET bottles into various drinks, including water, soda, juice, milk and others. They found that the levels of migration varied depending on where the bottles were produced, how long they were stored, how many times they were reused, and their contents. Of the 150 chemicals found in the drinks, the researchers found that 18 were at levels higher than those set by EU regulatory limits.

The findings led the researchers to suggest that many of the chemicals found in drinks contained in the PET bottles may be non-intentionally added substances (NIAS). The Food Packaging Forum details that these may not be included on regulatory lists as risk assessors lack official guidance.

In detailing their findings and the study’s outcomes, the authors relayed that “greater transparency and improved communication in the entire production-consumption-management system is needed”.

Gerassimidou et al. made a total of seven recommendations to increase the use of recycled PET in bottles for drinks while providing consumer safety. The Food Packaging Forum details these recommendations include monitoring chemical contamination at every stage of production, “reaching bilateral agreement on what constitutes good quality rPET between the industry and the regulator and putting in place a compliance mechanism”, and revising chemical risk assessment approaches.

“If the TDI and SML for BPA are lowered, according to the EFSA proposal, this would be very significant,” says Muncke.

BPA is a known endocrine-disrupting chemical with detrimental effects at very low levels—levels that are too low to enforce, Muncke says. In a move that Muncke notes is akin to banning this chemical (like the banning of mutagens), “in practice, regulations should assume that there are no safe, practically enforceable thresholds”.

“Getting BPA out of people’s food is an important step, but it is even more important that all chemicals that migrate from food packaging are properly tested for their hazard properties, including for endocrine disruption,” says Muncke. “Only when this is a regulatory requirement consumer safety will have been improved,” Muncke continues.

Could alternatives serve as a solution?

Weighing up the benefits of an alternative to the new tolerable limits proposed “depends on what type of alternative would be considered”, Muncke says. The removal of all packaging and different packaging materials are possible alternatives. However, these may not work readily in all systems, Muncke says, as they likely require redesigning products, product delivery or business models.

“So, these alternatives are theoretically available but not practical in the short term,” says Muncke.

Any chemical alternatives need to be adequately tested for their hazard properties, Muncke details.

“If anything can be learned from the BPA story, it is that a single focus on mutagenicity as the only hazard property of concern is completely outdated and urgently needs to be updated to include hazard properties such as endocrine disruption, carcinogenicity, neurological and immunological toxicity etc.,” concludes Muncke.

“The new scientific studies that have emerged in literature have helped us address important uncertainties about BPA’s toxicity,” said Dr Claude Lambré, chair of the CEP Panel of experts. The panel used a systematic approach for selecting and appraising the available evidence, Lambré says.

The proposal to lower the TDI of BPA comes after ESFA assessed scientific studies released between 2013 and 2018, giving particular attention to those which suggest the detrimental impact that BPA plays on the immune system.