BioLumen fibre captures sugar and fat in the stomach 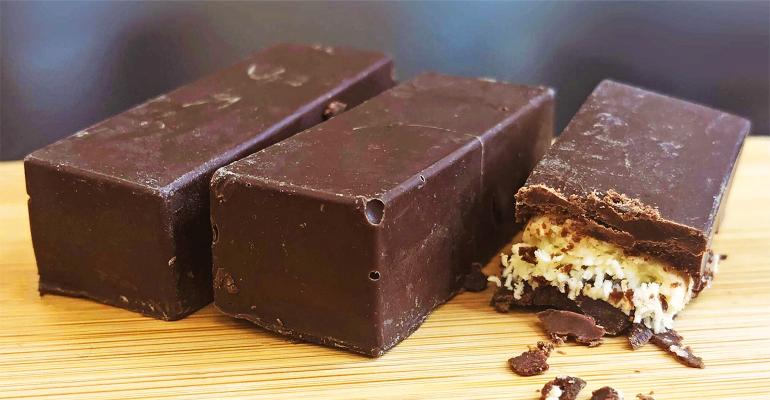 US start-up BioLumen has created a natural 3D-structured, cellulose-based fibre that expands in the stomach, absorbing sugar and fats to reduce calorie intake.

Co-founded by Italian entrepreneur Paolo Costa, its CEO, and Dr Robert H. Lustig, emeritus professor of paediatrics and endocrinology and the best-selling author of Fat Chance who acts as the company’s chief medical officer, BioLumen claims that each one of its pills traps as much sugar and fat as 21 conventional fibre pills.

Although BioLumen describes its technology as a caloric elimination tool, it is not just about reducing calories; it’s about increasing fibre intake and slowing down digestion. When the expanded prebiotic fibre passes into the intestine, beneficial bacteria in the gut feed on it, promoting a healthy microbiome.

This is important as the human microbiome co-evolved with the diet of our Palaeolithic ancestors that was high in fibrous plants, wholegrains, nuts and seeds, and whole-cut meat, explained Paolo Costa. Today, diets are increasingly made up of processed foods that have been stripped of their original fibre content. In the US, for instance, only around 5% of the population meets the recommendations for dietary fibre intake.

From ultra-processed to paleo

“We have 10 meters of intestine but we don’t need that with today’s food,” Costa told Fi Global Insights. “We have 10 metres because we co-evolved in the African savannah with hardy food and the body had to extract the calories out of it, but today’s modern food is pre-digested. You eat a hamburger from McDonald’s and it collapses in your mouth, the meat has been ground, the mechanical action has been done already, cheese is just fat that immediately gets absorbed. And this incredibly fast absorption is just bad for you.

“Our proposal is very simple: since modern food for most people is going to stay, let’s try to find a practical solution, something that can be deployed very easily without pain because diets are painful. In US, there are 53 million serial dieters, checking every calorie they digest.

“Our solution is painless. You ingest a little tablet at the end of the meal that absorbs the sugar, it goes to gastro-intestinal passage, and the intestine is not going to see the sugar inside but the cellulose insoluble fibre wrapping. It thinks it is fibre.”

When in the stomach, BioLumen fibre expands twenty-fold, opening up a lattice-like structure that can absorb sugars and fats. In the duodenum, the first part of the small intestine, the fibre continues to expand five times more, further preventing sugars and fats from entering the blood stream.

Ninety percent of sugar in food is normally absorbed by the body in just 30 minutes but BioLumen promises to slow down digestion considerably. Its fibre spends around one hour in the duodenum and six hours in the small intestine, increasing satiety. 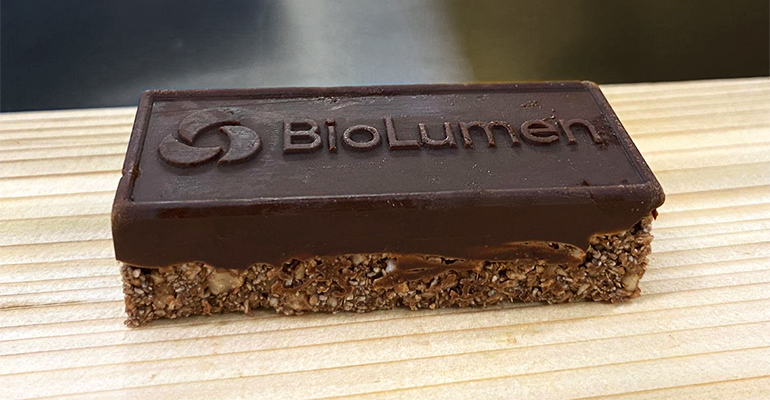 BioLumen’s exact formulation is a trade secret but it uses a plant-based, insoluble fibre – cellulose – that remains stable in the digestive tract and is generally recognised as safe (GRAS) by the US Food and Drug Administration (FDA). BioLumen re-engineers the cellulose at a nano-scale but does not chemically alter it in any way, which is key to communicating about the naturalness of the product, said Costa.

“Our cellulose lattice is very similar to the original raspberry’s one [raspberries, along with rhubarb, have a very high cellulosic insoluble fibre content]. But, keep in mind that when you try to extract them from the fruits, the lattice usually gets destroyed. You still have the fibre, but with a dramatically decreased functionality – 2 to 3% of the original.  We had to rebuild it.”

It worked with ProDigest, a European company that makes S.H.I.M.E – an artificial gut system that allows scientists to study the physicochemical, enzymatic and microbial parameters in the gastrointestinal tract – to test the fibre in a controlled in vitro setting, finding that BioLumen fibre can increase production of three beneficial short-chain fatty acids: butyrate by 37%, proponiate by 34%, and acetates by 37%.

Although the start-up has not yet reached its target of developing a fibre that expands 100-fold when consumed (although this has been achieved in lab conditions), BioLumen is ready to go to the market with its fibre that expands 25 times. It is in the processing of ramping up production and plans to have a limited launch in October this year, Costa said.

The product will be available in pill form like a dietary supplement but it also plans on working with food manufacturers who would add it to their products without altering the taste or texture.

“We want to establish a brand and then eventually licence it to big food companies where they can put ‘with BioLumen inside’ on the pack,” Costa said. “One of the main divers for us was chocolate spread like Nutella, [which] is 54% sugar, then fat and some cocoa. I grew up in Italy where it is ubiquitous but it’s ubiquitous all over the world. It would be great to make Nutella that is better for you and better for children without changing the taste, spreadability or flavour.”

BioLumen has tested its fibre in applications such as nacho cheese tortilla chips, chocolate and hazelnut bars, sesame crackers, and cheese cake, and has already attracted the attention of some big-name companies such as PepsiCo. It was selected for PepsiCo’s Greenhouse accelerator program in 2021; it did not win but continues to collaborate with PepsiCo, Costa said.

“Reducing availability [of processed food] is problematic, as the industry keeps pushing it, the public keeps demanding it, and the government keeps ignoring it. I’m doing what I can, most recently publishing a white paper to provide a roadmap for processed food reduction. But reducing harm may be a bit easier. To help sick people get better, I’ve teamed up with […] [BioLumen] to mitigate some of the toxic effects of processed food,” Lustig wrote recently on his blog.

“Some may question this strategy, as it would seem to be the antithesis of my message, and it looks on the surface like a ‘get out of jail free’ card to patients, a ‘carte blanche’ to the industry, and like I am ‘selling out’. Not true. You can’t let the perfect be the enemy of the good. People are hurting, people are dying, and COVID is making it worse. To stick to ‘principle’ is to turn my back on these people. I’ve never taken a dime from the food industry, and I’m not starting now. I derive no salary from BioLumen, and I am not on Pepsi’s payroll. I’m just trying to fix the problem any way I can, using my research, knowledge, and expertise.”