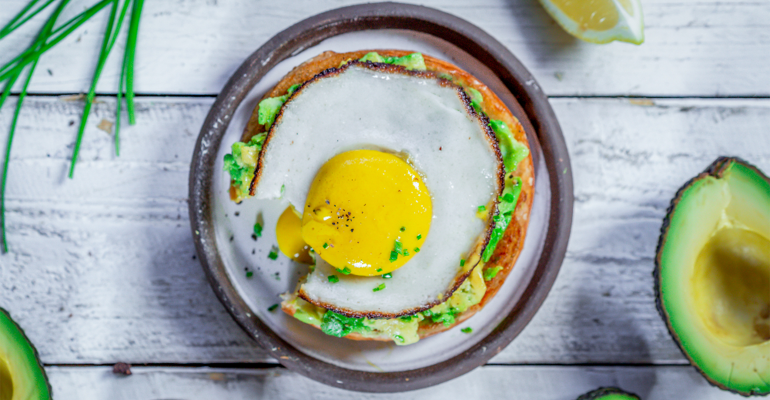 Alternative protein startup Brevel is using fermentation and light-based technologies to grow microalgae that has been described as a ‘ghost protein’. “It increases protein content without you noticing it is there,” says the CEO.

Israeli startup Brevel is using technology that combines sugar-based fermentation of microalgae with a high concentration of light at industrial scales. The result is a protein that Brevel hopes will be price competitive with pea and soy and is colour- and flavour-neutral.

The brand saw many cost, flavour, functionality, quality and sustainability problems in the current alternatives market, and aimed to bring a new alternative to market.

Consequently, it began to look at microalgae’s properties.

“Microalgae are the ultimate source of protein in terms of sustainability, but unfortunately, the existing options for microalgae as an alternative protein have very high costs and flavour barriers,” says Yonatan Golan, CEO and co-founder of Brevel.

The alternative protein brand’s technology is based on indoor, sterile, and fully automated systems illuminated internally at high intensity. Adopting the process enables microalgae production to occur at a cost reduction of more than 90% and includes nutrient-rich ingredients and functionalities that are only produced in the presence of light, says Golan.

“Today, microalgae are produced by photosynthesis in outdoor or indoor ponds or closed reactors which are very labour intensive, suffer from contaminations and produce at low yields and high costs,” says Golan.

An alternative option is to use fermentation tanks where sugar is added to the process. The microalgae grow, considerably lowering costs and resulting in higher yields, Golan says.

“However, this is done today in the dark and in the absence of light, many of the ingredients, functionalities and benefits of microalgae are lost in the process,” Golan adds.

Brevel’s protein has a mild flavour and colour, which it says makes it very suitable for food applications where flavour masking is not an option, namely plant-based dairy and egg alternatives. The co-founders recognised that these food applications don’t have suitable solutions today at affordable costs, Golan says.

As a result, the startup set out to produce an alternative protein that increases nutrition without changing the end product’s taste, as well as having a full amino acid profile and high digestibility score.

Its ingredient is cost-comparable to pea and soy, the leading sources of plant-based protein today, it says.

The producer currently operates with commercial scale reactors and is building the first commercial factory in Israel. Its alternative protein will be in products on shelves by the end of 2022. 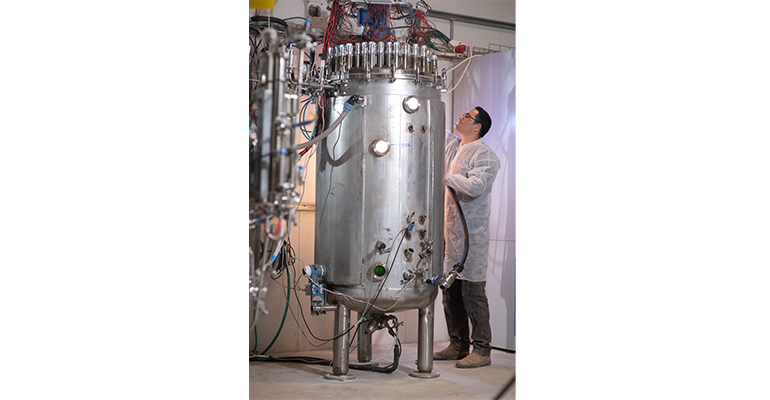 Currently, the Israeli startup is focused on food applications, including plant-based dairy, egg, fish and seafood. Brevel’s protein is a dry powder that the brand can add directly to formulations.

Depending on their specific needs and preferences, the brand’s partners currently add it in different forms, either directly as a powder or apply some processes to it. Homogenisation and secondary fermentation are examples of these processes to increase solubility and extract additional flavours.

In terms of functionality, for its first segment of partners, Brevel aims to be “as inert as possible”, Golan says, by lifting products’ nutritional profile without changing the taste, colour, texture or cost.

“One of our piloting partners described it as a ‘ghost protein’, as it increases protein content without you noticing it is there,” says Golan.

In the second stage, Brevel will be looking to provide functionalities such as gelation, texturing and emulsification, which it considers most suitable for fish and seafood alternatives.

In June 2022, Brevel announced plans to scale production of its microalgae-led alternative protein production process after closing an €8.2m seed funding round.

“We are now increasing our capabilities on the food technology side with more advanced equipment, food processing capabilities, advanced analytical tools and a food engineering team,” says Golan.

The Brevel team will use the funding to build a commercial pilot factory, scale Brevel’s proprietary technology and enhance its research and development (R&D) capabilities.

The alternative protein producer’s investors include FoodHack, Good Startup VC, Tet Ventures and Nevateam Ventures, among others from the food technology industry. The seed round also includes significant funding from the European Union’s programme Horizon2020 and Israel’s Innovation Authority in the form of non-dilutive grants.