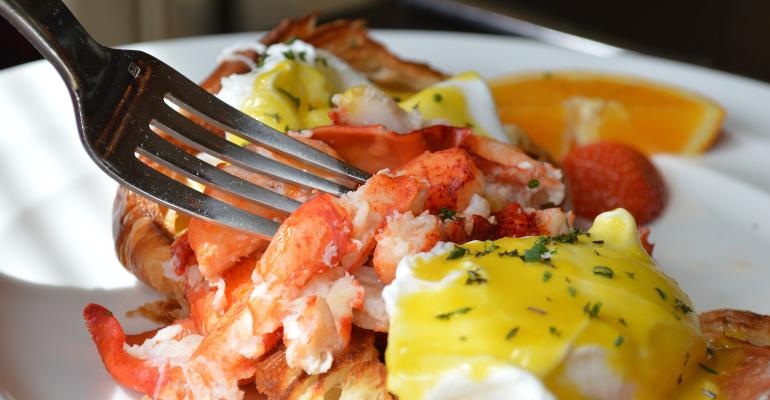 Cultured Decadence is the only cell-cultured startup focusing exclusively on the premium market for lobster and crab meat – and there are significant R&D advantages that come with this choice too.

CEO and co-founder John Pattison, who is also treasurer and board member at New Harvest, a donor-funded research institute dedicated to advancing cellular agriculture, says growing lobster and crab meat in a laboratory can help solve some of the problems of the inefficient crustacean supply chain.

Lobster cannot be cultivated, for instance, meaning that demand for the meat puts pressure on wild stocks and encourages over-fishing. A typical wild harvested lobster also takes between five to seven years to reach a suitable weight, and only yields around 25% protein. Cultured Decadence says it can produce real lobster meat using cell-culture and tissue engineering in a matter of weeks and months, rather than years.

“The problem is supplying the growing world population with high quality crustacean products, while wild fisheries are negatively impacted by climate change and make wild harvest more challenging every year.”

“The global market for crab and lobster meat is US$20 billion worldwide, driven by increasing incomes, stronger appetite for clean, low fat, and nutritious seafood products. We need a renewable source of crustacean protein to address these issues.”

From an R&D perspective, Pattison says lobster and crab meat is much easier to produce because the edible part is primarily made up of one cell type. Whole fish and meat cuts, on the other hand, are a more complex mix of muscle, fat, skin, bone, and connective tissue.

“While that makes these products very delicious, it adds to the complexity when using this type of technology to build them from the cell up,” Pattison says. “So, we think we can get to the market a bit quicker because we are dealing with a relatively simplistic structure.”

From a commercial perspective, lobster and crab meat are also attractive because of their premium price tag. In North America, lobster meat retails at around US$75 per pound (453 g) compared to between $10 and $20 for a steak or salmon fillet.

The startup initially intends to produce crab and lobster meat, bringing its products to the market through food players in both foodservice and food manufacturing.

Eventually, however, it plans to expand its manufacturing platform to produce other parts of the crustacean - by-products from the lobster and crab meat industry that are used for non-food industrial applications. Biopolymers, chitin, chitosan, and astaxanthin from crustacean shells and other parts, for instance, have a range of uses that include drug delivery, water purification, and cosmetics. 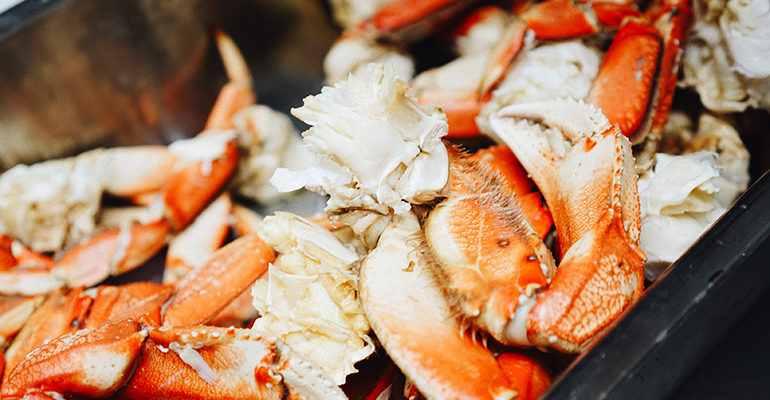 According to Pattison, Cultured Decadence who competed as one of the 12 finalists in the Startup Innovation Challenge held at Fi Europe CONNECT 2020, is the only company in the world specifically focused on cell-cultured lobster and crab, and it has developed in-house intellectual property around cell-isolations and media development that gives it a unique advantage.

“It’s an exciting space,” says Pattison. “We’re all at the pre-commercialisation [stage] but we’re all making great progress in developing new ingredients to help solve some of these food supply chain problems.”

The question is, will people actually want to eat meat, fish and seafood that has been grown in a laboratory? Non-profit organisation The Good Food Institute (GFI), which works to further animal-free food systems, believes acceptance will gradually increase over years.

“With any new technology, there exists a diffusion of innovation in which some consumers will be excited to try the technology when it first becomes available, while others will be slower to adopt it. As such, consumer acceptance rates tend to be modest at market entrance, with increasing acceptance as familiarity grows and cost decreases,” it concludes in a recent State of the Industry report.

However, preliminary market surveys suggest that initial consumer acceptance rates are “quite promising”, it says.

A 2018 survey published in Frontiers in Sustainable Food Systems questioned over 3,000 individuals and found that 30% of US consumers, 59% of Chinese consumers, and 50% of Indian consumers were either very or extremely likely to purchase cell-based meat regularly.