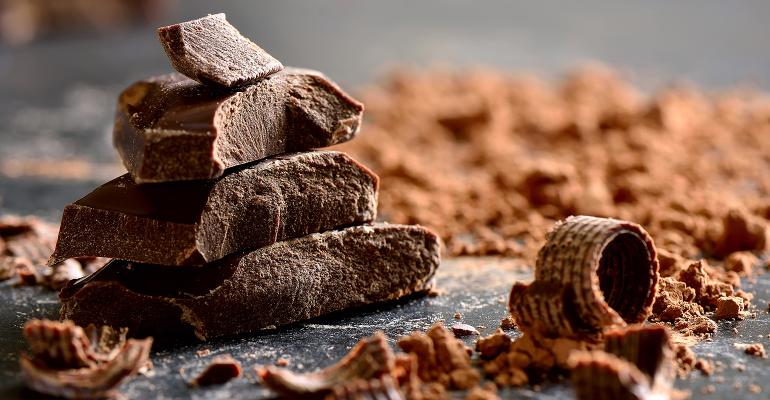 Cell-cultured cocoa will allow brands to make chocolate that is free from deforestation, child labour and contaminants, says one start-up that is bringing the product to market.

California Cultured is producing cultured chocolate in a laboratory that it says will taste as good as conventional bean-to-bar chocolate but is produced without the problems that beset the chocolate industry, from deforestation, child labour and poor wages; to monocrops that are vulnerable to disease and climate change shocks; to trace heavy metals such as cadmium in the final product.

The start-up, which is hoping to close a US$3 million seed round in September, takes cells from different plants to create a feedstock in which target molecules that are identical to those found in the cocoa pod can grow.

“Our technology is screening natural sources of plants for different combinations of natural plant hormones that are currently present in the food we eat, and processing them to make our own media that is suitable for the different phases of growth for our cells,” said Alan Perlstein, CEO.

Perlstein describes California Cultured’s work as lying in the middle of three overlapping circles: plant breeding, vertical farming and cell culturing. Its process does not involve genetic modification and fits within a green chemistry approach, he added.

“Traditionally, plant cell culture is a pretty old technology. It has been used for breeding and making disease-resistant plants for quite a while but [most use] older techniques, such as synthetic plant hormones that went into the feedstocks for feeding the cells. One of the major components – maybe the equivalent of foetal bovine serum [used to make cell-cultured meat] as an undesirable and expensive ingredient – is 2FD.

“2FD is a synthetic plant hormone that is used a lot in plant cell culturing to speed up growth and, even though it has an innocuous-sounding name, it is one of the major compounds inside Roundup [the B2C brand name for glyphosate] so it’s pretty undesirable to use it in any process of developing foods.”

Although the cocoa is cell-cultured, Perlstein says its product is not synthetic. “Everything we grow is from plants but in a faster, cleaner, and more sustainable way,” he added.

From bean to bar to laboratory

The company recently finished participating in biotech accelerator, IndieBio, where it was tasked to demonstrate its entire process: growing food-grade plant cells, transforming the plant material into a food-grade ingredient, and using this ingredient – which resembles ordinary cocoa powder – to make different chocolate products.

California Cultured’s director of innovation and business development Steve Stearns, has a background as a chef and did a stint at Noma, voted the world’s best restaurant several times. He was responsible for creating chocolate bars, cookies, chocolate beverages and a peanut, nougat, caramel and chocolate bar, and explained the process to Fi Global Insights.

“We harvest cells, ferment and roast them, and […] they go through a similar process as chocolate would. We use either a three-roll mill or melanger to process the nibs as you would with regular nibs; combine with milk powder and cocoa butter – although we are not yet producing cell-cultured cocoa butter, that will be our focus over the next 24 to 36 months – then we temper the chocolate as you would with normal chocolate; and then coat the confections.” 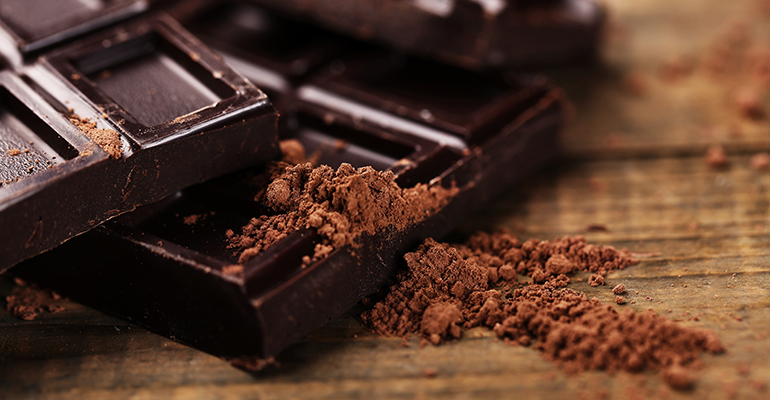 “There are over 1200 flavour molecules in chocolate and it is our goal to make our chocolate indistinguishable from some of the finest chocolates on the market.

“We’re still not 100% there in terms of all the flavour molecules – that will also be our focus for next 24 to 36 months – but it is our goal to eventually jump onto the mass market and provide slave-free, deforestation-free chocolate.”

Before producing cocoa for premium brands, however, it is working on high-value compounds found in cocoa, such as flavanols and polyphenols, that are sought after as functional ingredients in beverages, nutraceuticals and dermatological products. It is currently in an early-stage partnership with a large Japanese company working on such ingredients.

Serving the mass market by 2025

California Cultured is still operating at lab-scale and so costs are high – one kilo of its cell-cultured chocolate costs around US$200 – but this cost will come down as it scales up. It plans on transitioning from serving the premium, craft market to the mass market by 2025 with chocolate that costs less than one dollar per kilo. At this price point, cell-cultured chocolate would beat commodity chocolate “by a lot”, according to Stearns.

Before then, however, it needs regulatory approval. It plans to compile its generally recognised as safe (GRAS) dossier this year and hopes to be approved within 18 to 24 months for the US market. It will then focus on approval for the Asian market followed by Europe next year.

Perlstein said the company would like to launch its own B2C brand but this would require significant scale, something it hopes to have in around three years. Until then, it will focus on supplying the B2B market.

Rather than seeing cell-cultured cocoa as a threat to their business, many cocoa producers are eying the emerging technology with interest, the CEO said.

“We have had some early interest from some European, North American, and South American chocolate manufacturers because they honestly think a lot of the chocolate-producing regions will not be able to prod chocolate in the future and they don’t think there is any other real technology that could be a one-to-one replacement.”

Does California Cultured have any qualms about potentially putting millions of smallholders out of work? The chocolate industry may be dominated by a few billion-dollar multinational corporations that process cocoa to make chocolate but these corporations are largely supplied by small farmers in developing countries, such as Cote d’Ivoire and Ghana.

“We’ve thought a long time about this question and […] we see that the vast majority of chocolate produced today is very environmentally destructive and unethical and many of these problems will only get worse in the future. In addition to that, we see the demand for chocolate rising,” Perlstein said.

Without cell-cultured chocolate, this increase in demand will likely be met by clear cutting thousands of additional acres of forest and the increase in intensive, monoculture agriculture means that current problems such as cocoa pathogens, environmental destruction and worker exploitation will continue, he added.