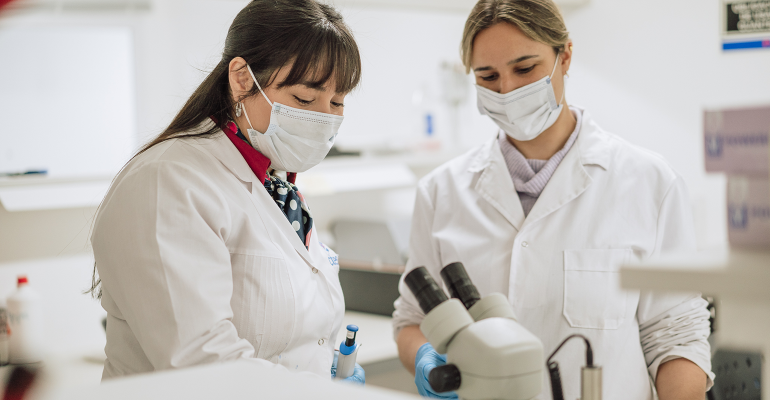 Argentinian startup Ergo Bioscience is using precision fermentation to create plant-based versions of animal ingredients, such as myoglobin and casein, that it says are organoleptically identical.

Myoglobin is the heme protein present in beef, which defines its colour and is responsible for forming volatile organic compounds that represent beef’s typical flavour and aroma. The protein contains several glycosylation sites that are key to its functionality.

“The main difference between our myoglobin with respect to heme proteins produced in other platforms is that plant cells can reproduce the entire structure of myoglobin, achieving better functionality,” says Alejandro Barbarini, CEO and co-founder of Ergo Bioscience.

Caseins are a family of proteins present in bovine milk. Ergo Bioscience decided to focus on alpha S1 and kappa since they are vital to the formation of micelles and simultaneously are the caseins that present the most complex phosphorylation pattern in their structure.

Through its platform, the brand says it can produce both caseins efficiently, following the same phosphorylation pattern as those of animal origin. The brand then optimised the induction of micelle formation and its subsequent application in various plant-based dairy products.

The brand focuses on its alpha S1 and kappa casein ingredients in the plant-based dairy space to impact multiple organoleptic parameters. For example, in the soft cheese category, the biotech company has created ingredients to reproduce melting and stretching properties, such as those of animal origin, in addition to developing flavour and aroma.

“Regarding plant-based meat, we developed an ingredient that contains exactly the same protein that defines the colour of meat of animal origin, myoglobin, faithfully reproducing its total structure,” says Barbarini. 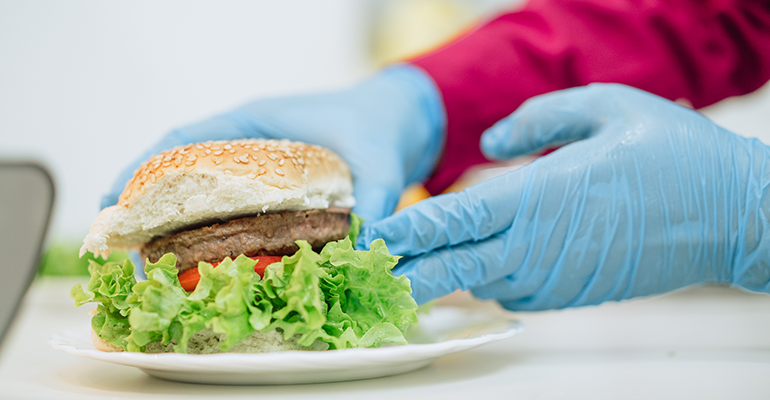 Using the ingredient allows for the development of a better culinary product experience, Barbarini says, which includes a more natural red colour in the raw meat and, given its better solubility, a “bleeding” experience during cooking that is identical to ground meat of animal origin.

Due to the ingredient’s chemical reactions with other product matrix components during cooking, the ingredient also contributes to a wide range of volatile organics associated with the flavour and aroma of animal beef.

The brand’s research and development (R&D) process began with a proteomic analysis to understand and identify the essential proteins required to reproduce a certain organoleptic or nutritional functionality of an animal-derived food.

The cell lines then pass to the fermentation team, which focuses on optimisation and the downstream process until it obtains the final functional ingredient. Lastly, the applications team works on developing optimum ingredient application protocols to get plant-based food prototypes with the desired functionality.

In first-generation plant-based food products, companies sought to bring the organoleptic profile closer to products of animal origin by combining multiple ingredients, resulting in a better improvement in flavour and aroma, but with a label that was full of ingredients.

“But, as in any process of maturation and continuous improvement, consumers continue to force us to use science and knowledge to search for sustainable solutions,” Barbarini says. “Consumers are demanding three things: better culinary experience, better nutritional profile and cleaner labels.” 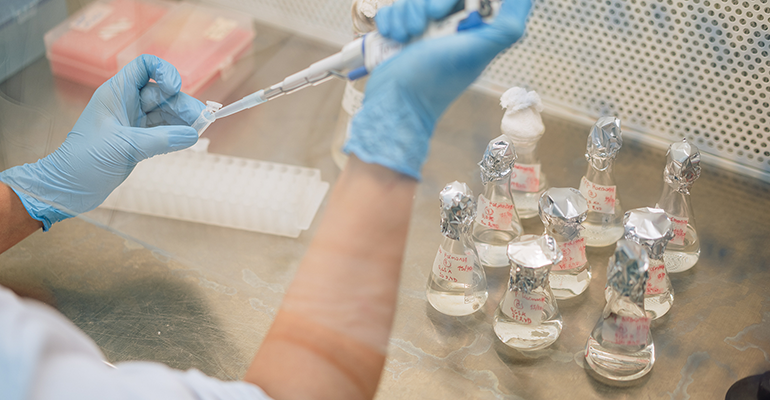 Obstacles and opportunities in 2023: GRAS and novel food status

“2023 will be a year full of challenges,” says Barbarini. The biotechnology name has recently completed its first pilot-scale operation of 50-litre fermentations, achieving “excellent reproducibility of results”.

During 2023, the brand will continue to scale up and hopes to ferment at the 20,000-litre level by the end of 2023. Simultaneously, it has started the processes for the US Food and Drug Administration’s (FDA) Generally Recognised As Safe (GRAS) notification and Europe’s Novel Food status for the proteins in its inaugural portfolio.

In the meantime, it continues to plan the commercial launches of its myoglobin and casein ingredients. The team will also work on new projects to expand its protein portfolio with functionalities that Barbarini says “will surprise consumers”.