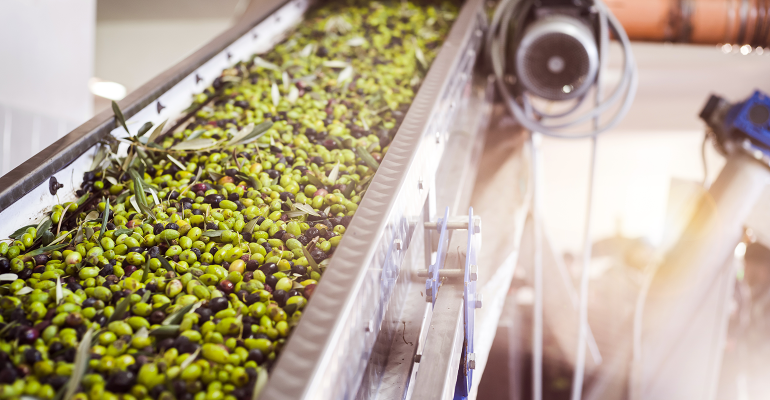 GaiaTech is making functional and clean label preservatives from upcycled olive pomace, a side stream left over from the olive oil industry that is harmful to the environment.

Phenoliva is an ongoing EIT Food project that aims to upcycle pomace to produce useful ingredients, such as olive oil antioxidants, biochar for soil, and biogas as a source of renewable energy.

Claudio Reinhard leads the Phenoliva project at partner institution ETH Zurich and is CEO of Gaia Tech, a Swiss startup that spun off from the project. Based on the intellectual property that Phenoliva has accrued over the years, Gaia Tech develops olive pomace-derived food ingredients that have a preservative effect thanks to the high levels of antioxidants.

Healthy for humans, toxic for the environment

“It's a bit of a paradox,” said Claudio Reinhard, co-founder of Gaia Tech “What we extract from olive pomace, the antioxidants, are very healthy for humans [but] are toxic to the environment. The antimicrobial and phytotoxic [properties] are inhibiting plant germination and detrimental to soils and water. The residual fat content is also a problem for the environment.”

These negative environmental impacts prompted governments in Europe in the 1990s to establish regulations on how to manage these side streams.

Before, many mills simply dumped the pomace in rivers or in landfill, which created huge problems, said Reinhard. Today, Europe has the infrastructure to manage the pomace but, in recent years, the profitability of this sector has been challenging.

“Companies that extract pomace oil from this olive pomace have really a hard time to make any profits now. This leads to the situation [where] sometimes olive mills can't get rid of their pomace or have to pay to get rid of it. And this sometimes even leads to situations where olive mills have to interrupt oil production because the waste is piling up. There is really a chain of problems connected to this side stream.”

Firstly, its olive antioxidants are both soluble in water and water-oil emulsions while rosemary extract and tocopherols are more fat-soluble. Secondly, Gaia Tech says its preservatives have proved to be very thermostable, retaining their properties during the harsh extrusion process. This means they can be used in extruded products, such as cereals. And thirdly, they are produced from an upcycled side stream that currently goes to waste while alternatives such as rosemary extract require additional land and water resources for cultivation.

A circular economy approach that gives power back to olive mills

In the long-run, Gaia Tech wants to operate a circular economy model, working with olive oil mills in a semi-decentralised process, Reinhard said.

Gaia Tech would sell the low-tech equipment needed to manage the waste stream to the olive mills so they can process the pomace directly on-site. The startup would then become the mill’s client, purchasing the antioxidant extracts, thus ensuring a financial return to the mill.

“[...] offering a decentralized waste management approach would give a lot of power back to the producers to not depend so much on follow up processes,” Reinhard told Fi Global Insights.

“This model would allow to really keep the side stream business local and only centralize the high-value part and high-tech part of the business.” 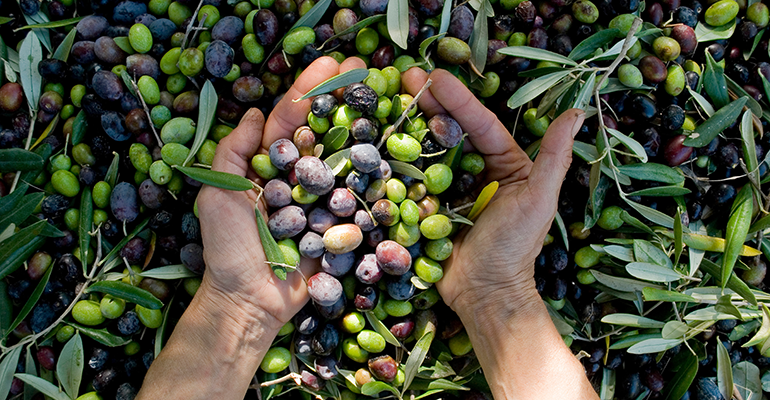 Gaia Tech will need to seek regulatory approval for its preservatives and, since the novel food and food additive processes are lengthy in the EU, the startup plans to first focus on the low-volume, high-margin cosmetics market. This will allow it to accrue revenue and build capacity and scale while waiting to enter the food market, which ultimately can offer better returns because it is much bigger in volume terms. It will produce the cosmetic ingredients via contract manufacturers and, once it scales up production to supply the food industry, it will build a production facility in Spain.

Nutraceutical applications may come later, Reinhard said. Exploring the health benefits of its extracts would be “a natural way to go” in the future.

“There are already quite a few olive antioxidant products on the market – many of them extracted from olive leaves, some from olive fruits – and the list of health benefits is very large,” he said.

“One key benefit is against cardiovascular diseases, which is [an EFSA-approved] health claim for olive oil containing hydroxytyrosol, the main active compound. But there are also benefits against neurodegenerative diseases [...] and it's very anti-inflammatory.”

Gaia Tech also plans on expanding to other side streams such as those produced by the coffee and cocoa sectors.