Making food out of thin air 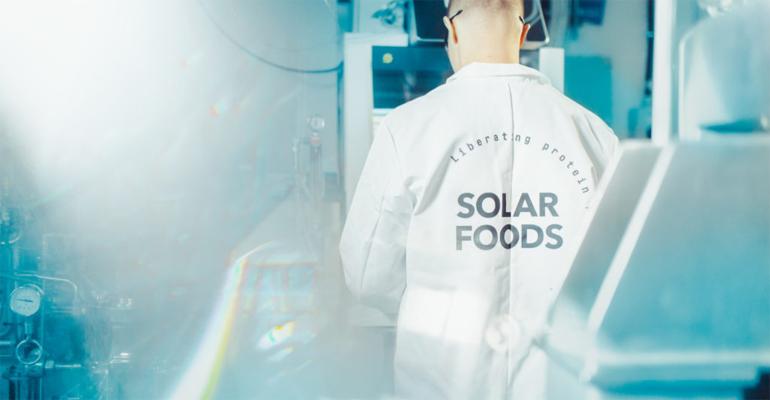 Finnish start-up Solar Foods makes a high-protein powder using renewable electricity and carbon captured from the air. “We are going to introduce a new harvest to humankind,” says its CEO and founder.

Like many start-ups, Solar Foods has faced many challenges since its inception, from raising funds to scaling up manufacturing. Perhaps the biggest challenge it faced, however, was people’s initial incredulity, said Pasi Vainikka, CEO and founder of the company.

“One needs to remember that when we started to do this, it was years ago and it was a different world,” Vainikka recalled. “Describing our plans, pitching them […] required some convincing. It sounded too much like science fiction and too extraordinary – but we managed to pull through.”

Solar Foods uses microbial organisms from the Finnish soil that are grown in gas fermentation bioreactors, feeding off a mixture of hydrogen the start-up produces by splitting water with electricity; carbon that it captures from the air using carbon capture technology; vitamins and minerals. The single-cell organisms that make up this microbial biomass are Solar Foods’ product, that it calls Solein.

“The [microbes] are natural so we are just taking advantage of the diversity of the life that exists on the planet,” said Vainikka, adding that Solar Foods does not modify the microbes in any way. “These forms of life were already discovered in the late 50s, early 60s in connection to space research […] but there hasn’t been a practical use for them. Direct air capture of CO2 that we are now taking advantage of is also space technology that has developed and become cost competitive. Now, because of environmental reasons, this kind of circular, sustainable approach has a practical meaning and market pull.”

Capturing carbon from air ‘frees us of time and space’

Solar Foods spun off from a joint research project carried out by VTT Technical Research Centre and the Lappeenranta-Lahti University of Technology LUT. Today, the Helsinki-headquartered company has built a pilot plant and estimates that, when operating at scale, electricity will account for up to half of its production costs, making price and sustainability a decisive factor.

Despite its name, Solar Foods is not tied exclusively to using solar energy for electricity but it has committed to using carbon neutral energy sources. Vainikka said it will opt for the cheapest, carbon neutral source there is which, depending on the region, could be wind, hydro, solar or a combination of all three.

Vainikka said it would also consider sourcing CO2 emissions from other industrial fermentation processes under “extraordinary conditions”. Ethanol production, for instance, generates clean CO2 as a by-product, producing almost one kilo of CO2 for every kilo of ethanol.

“But direct air carbon capture makes us free of time and space so that’s why we are interested in it,” said Vainikka. “We can afford it; we know the technology and we have been operating it for a year and half now.” 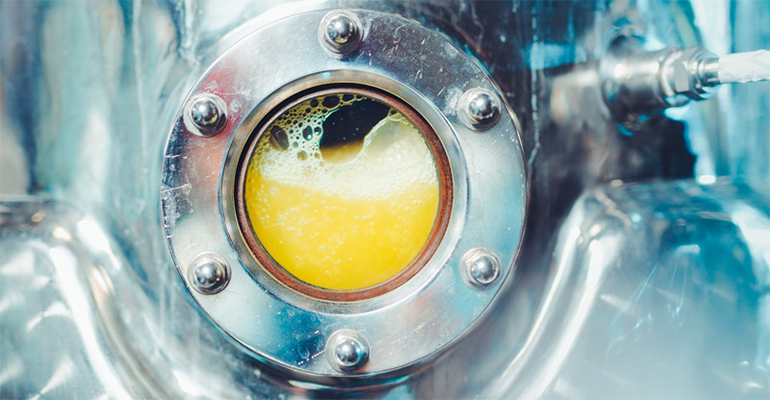 Solein has been hailed as a sustainable ingredient for a world that, by 2050, will need to feed a projected 9.9 billion people while trying to achieve carbon reduction targets. This month, the Finnish Climate Fund gave Solar Foods a €10m capital loan.

But how does the public view a food ingredient that is made of soil microbes, feeds on air, and was initially developed as part of a space programme? Most importantly, will they buy it?

“So far, people find it very interesting, positive and intriguing,” Vainikka told Fi Global Insights. “We’ve done some market studies but they don’t reveal much to be honest because this is something completely new so people don’t necessarily behave as they express in these studies. We don’t find it a feasible source of market intelligence.”

By this logic, the company will only find out if people want to eat Solein when it is already on supermarket shelves. Vainikka admitted this is a risk but is confident that, ultimately, the deciding factors will be taste, functionality, and ease of use. Solein performs well on all three, he said.

Available in a fine, yellow powder, Solein contains around 65% protein with an amino acid profile similar to soy; 20 to 35% carbohydrates; 5 to 10% fat; and is a source of vitamin A, B and iron. It has a very neutral flavour profile with hints of umami and no off-taste, giving it an advantage over many plant-based proteins, such as pea, that can have strong secondary flavours, requiring masking agents, the company said. It can also be used in a wide range of applications, such as meat and dairy alternatives, cereal snacks, and breads and bakery products.

Unlike NovoNutrients, a US company that is also producing single-cell protein from carbon for fish feed (it plans to expand to food much later), Solar Foods is targeting the higher-value food market from the outset. Solein could also be used as an amino acid-rich growth medium for the cell-cultured meat industry.

Proud to create a new-to-the-market ingredient

The start-up plans to submit a dossier for novel food approval in the EU at the end of summer this year and estimates the process could take around 18 months. It plans to have a product on the market in Europe in the first quarter of 2023.

In terms of how the ingredient should appear on ingredient lists, Vainikka is happy with ‘microbial protein’ or ‘single-cell protein’, even if these terms may not be a food marketer’s dream.

“This term, microbial protein or single cell protein, might be new to consumers but we are doing this proudly. It is new, it has a new name, and so be it. Let the people decide.”

“We are going to introduce a new harvest to humankind, something completely new,” Vainikka said. “Is it processed, unprocessed, natural, synthetic, vegan? All this debate we will go through but it’s an interesting intellectual challenge and mind exercise for us and our scientists.”