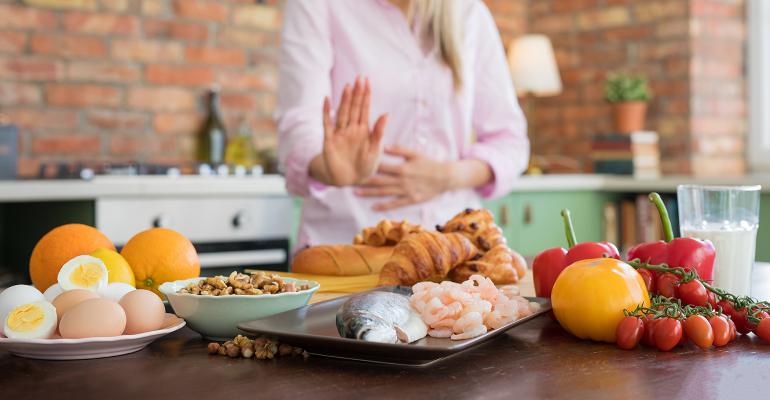 From the Israeli start-up that’s redesigning food to remove the allergenic proteins to the US company making allergen premixes for babies, food companies are taking novel approaches to reducing the prevalence and risk of food allergies.

Food allergy affects around 2.5% of the general population but prevalence can range from 1% to 10%. The prevalence of some allergies is also on the rise. It is estimated that peanut allergy among children in the UK, North America and Australia, for instance, has doubled in 10 years to affect 1.8%, 1.4%, and 3.0%, respectively.

Some food and food tech companies are working to reduce the distress that food allergies can cause among sufferers.

Israeli start-up Ukko has developed a proprietary AI-powered platform that engineers food proteins to eliminate their allergenicity, while keeping their good biochemical and nutritional characteristics. It is focusing on peanut and gluten allergens.

Ukko’s ‘improved’ gluten proteins are especially designed for people suffering from coeliac disease and gluten intolerance, and will allows food manufacturers and individuals to make and eat bread, pizza, pasta, and other baked goods, it says.

Its platform uses patient samples, computational biology, immunology, and protein engineering to make proteins that do not trigger the immune system.

"We are at a unique crossroads in the history of science," said professor Yanay Ofran, chairman and co-founder of Ukko, in a statement. "Big data allows us to understand the underpinnings of food sensitivities. Computational tools allow us to precisely design the proteins that make up our bodies and our food. New genome editing technologies allow us to rewrite DNA to produce these new proteins in living cells. Ukko sits at the intersection of these breakthrough technologies, allowing us to redefine healthy food at the molecular level, based on real data."

Ukko, which received a $40 million investment in a series B round led by Bayer in January this year, says it has built one of the largest clinically-validated molecular maps of food allergies that will allow it to remove allergens from other foods in the future.

While Ukko’s work could be a gamechanger for people with food allergies, its products are not yet on the market.

Lil Mixins is a US start-up that aims to reduce the prevalence of food allergies by making early introduction easier with a range of organic powders that parents can give to babies.

Paediatric research suggests that babies who eat peanut protein regularly are 80% less likely to develop peanut allergies than babies who don't. However, peanuts and other tree nuts are a major choking hazard for young infants, meaning introducing this allergen is difficult.

Lil Mixins’ range includes seven of the major allergens – peanut, egg, cashew, walnut, almond, sesame, and soy, all made from organic ingredients. Most parents find it easy to add milk and wheat to a baby’s diet, bringing the total number of allergens to nine, said the company’s founder, Meenal Lele. 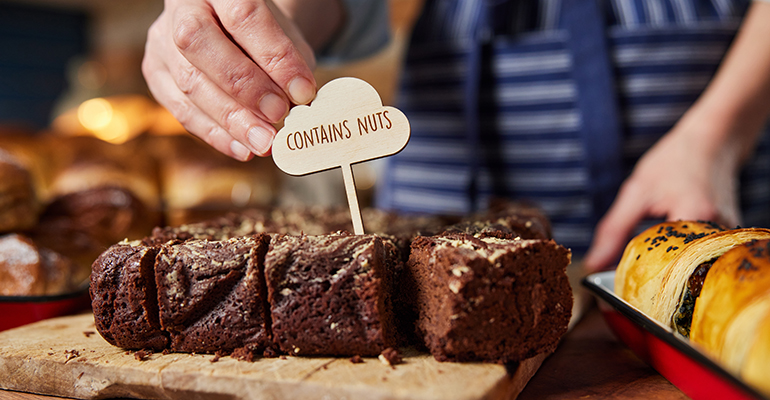 ‘The only proven way to reduce allergy risk’

Describing herself as a serial medical entrepreneur, Lele founded Lil Mixins due to personal experience and frustration at the lack of available options to make early introduction easy.

Lele’s elder son suffers from several food allergies but the LEAP study – a pivotal study that transformed medical knowledge on preventing peanut allergies for high-risk children and recommended early introduction as an effective preventative measure – was published too late for her to implement its findings.

“It came out one week after his first ER visit,” she said. “We totally missed this opportunity to introduce food and prevent all his allergies.”

Lele was determined to carry out early allergen introduction with her second son, but soon realised it was more difficult than it sounds. Even when ground to a powder, it is dangerous to give nuts to infants as the powder can form a thick paste in the baby’s mouth while eggs must be cooked for 20 minutes at 170℃ or boiled for 30 minutes at 100℃ to break down one of the major allergy-causing proteins, OVA.

Lil Mixins’ peanut powder, made from 100% defatted, dehydrated, and ground peanut protein, is soluble in water while its egg powders are guaranteed either baked or hard boiled.

“[Early introduction] is the only proven way to reduce the risk of developing food allergies,” Lele told Fi Global Insights. “Two things to note. First, timing really matters. The longer parents wait, the higher the risk the baby is already allergic. Second, amount matters. An analysis of the EAT study showed that when babies eat less than two grams of a given protein per week, early introduction doesn’t do anything. It's not a one-and-done; consistency and amount matter.”

“There is a lot of research going on as it is clear that maternal diet and the environment during pregnancy matters,” she added.

Asked if Lil Mixins was concerned about potential legal proceedings if a baby has a severe allergic reaction after eating one of its products, Lele said: “We create pre-made versions of foods parents would otherwise make at home for their babies. We don't add chemicals, sugar, fillers, anything. And we take infant safety very seriously and are constantly working to ensure our products are as safe as they can be. We also are clear that Lil Mixins cannot prevent 100% of allergies. What we do is simplify early allergen introduction -- something all parents are being told to do.

“Never say never, but despite several million Americans having peanut allergies, no one has ever sued Jif [a leading US peanut brand owned by the J.M. Smucker Company]. And to that point, a few babies who have eaten Lil Mixins have had reactions. Thankfully, it has been proven that babies have mild reactions involving vomiting or hives. The more serious reactions tend to happen over age two. That doesn’t mean it isn't scary, but starting young is actually the safest time.”