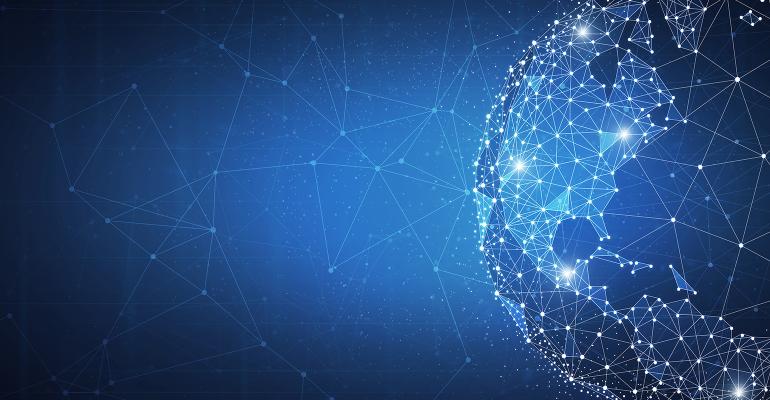 Many food commodities have complex supply chains and while traditional chain of custody offers a paper trail to track products’ journey, the possibility of fraud is often present. Blockchain technology has been touted as a solution to this problem.

Food supply chains are notoriously complex. Palm oil, for instance, goes from the farmer to the mill, refinery, trader, processor, manufacturer, and, finally, the retailer before reaching the final consumer. Many other food commodities, from sugar to milk to cocoa, have similarly complex supply chains and while traditional chain of custody offers a paper trail to track products’ journey, the possibility of fraud is often present.

For several years, blockchain technology has been touted as a solution to this problem. A shared register where all authorized participants are required to verify transactions, blockchain makes it is impossible for one individual to change information without that change being visible to, and validated by, other users.

Connecting Food is a French start-up founded in 2016 that offers traceability technology, including blockchain, to ensure that “all players in the food sector keep their promises”.

The start-up collects farm-to-fork information, which it stores on the tamper-proof blockchain and combines with a proprietary LiveAudit module. It says this guarantees the accuracy of information for every batch – not just a random sample – and consumers can access this information via a QR code on the product’s packaging.

The company, which has already raised €5.2 million to date and plans to undertake another financing round in 2021, says consumer demand for traceability in the food chain is increasing, which is in turn growing demand for blockchain.

“Two years ago, we saw a lot happening in the dairy sector. It was also the first product tracked by our platform in 2018,” said Coline Laurent, marketing and communication manager at Connecting Food. “Milk processors had just gone through a lot of trouble with the Lactalis scandal, and consumers were in need of strong reassurance.”

“Now, the demand for transparency is higher than it has ever been, and all food verticals are concerned. This movement is not just about food: consumers are starting to look for ethical shopping in general, for clothes and appliances,” she said.

The value of brand purpose

A recent industry survey of nearly 19,000 consumers from 28 countries corroborates this. Conducted by blockchain provider IBM and US trade association, the National Retail Federation (NRF), the survey found that, faced with a proliferation of brands and products on supermarket shelves, many consumers value a company’s purpose over cost and convenience. 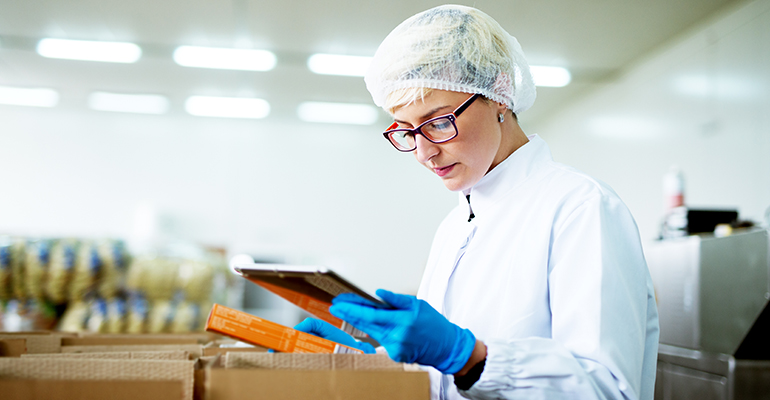 The research found that 79% of consumers surveyed said it was important for brands to provide guaranteed authenticity, with certification a means to do so. Within this group, 71% were willing to pay an added premium of 37% for products made by companies offering full transparency and traceability.

However, consumers’ buying behaviour is not always consistent with their positive attitude toward ethical products. One 2014 study suggested that sustainability labels do not play a major role in consumers’ food choices. The usefulness of such labels is therefore dependent on transforming people’s general sustainability concerns into concrete behaviour, the researchers said.

So, do consumers actually take the time to scan on-pack QR codes and delve into blockchain-protected information on the sustainability of the food they buy?

According to Connecting Food, QR codes may not always be used but they are still useful.

“The QR code is aimed at providing consumers with proof that the products’ promises are truly kept,” said Laurent. “We are fully aware that just a minority of people are actually scanning and searching for the information. But the majority of people will be reassured by the fact that they can verify and check by themselves.”

Connecting Food also uses Hyperledger Fabric, a private, permission-based blockchain said to be less energy-intensive than other types because it does not require mining. According to the start-up, this is in-keeping with its sustainable mission.

Not everyone is convinced that blockchain will revolutionise the workplace, particularly complex supply chains.

Writing in The Conversation, Carlos Cordon, professor of strategy and supply chain management at the International Institute for Management Development (IMD), questioned its potential.

“[…] If you think about supply chains, for example, you’re talking about thousands of products. For each product, a lot of information is required, like weight, format, expiry date, composition, etc. This means that blockchain is extremely impractical for many of the applications that its evangelists are proposing,” he wrote.

Cordon also argued that supply chains are already built on trust and that complete transparency could inhibit stakeholders’ ability to negotiate by revealing information that is not normally available.

“Besides, in supply chains we’ve been working on sharing information and data for years. We don’t need new data technologies. It’s already complicated enough,” he added.

Providing benefits for all parties

Other stakeholders believe that blockchain has significant potential but that it has not yet been fully exploited.

NEPCon is a non-profit organisation that works with private companies to drive better land management and sustainable business practices. It took part in a Blockchain Summer School, organised by the European Blockchain Center at the University of Copenhagen in 2017 to explore whether authenticated distributed ledger technology could be useful for strengthening chain of custody systems.

It concluded that, despite the challenges (such as tracking the origin and authenticity of complex, composite products), blockchain could transform the chain of custody systems for all certified products in the near-future, making them both more trustworthy and cheaper for companies to implement.

Three years later, Ditte Dahl Lisbjerg, biologist and senior technology specialist at NEPCon who took part in the summer school, still believes the technology is suited to this purpose.

“I believe a successful adoption of the technology would require unusual alliances across a sector and would need to provide benefits for all participating parties [but] I believe a blockchain could help prevent fraud with volume inflation in the timber and other supply chains,” she told Fi Global Insights.

In any case, the technology has already been adopted by a growing number of big-name food industry players, such as retailers Walmart, Carrefour, and Albert Heijn.

Connecting Food’s customers include Nestlé, which uses blockchain for ham sold under its Herta brand, Mondelez for LU biscuits, and Ingredia for milk and milk powders.

It sees the biggest potential demand for its subscription-based service in Europe and the US, where agriculture is already highly digitalised, and a lot of data is readily available. However, it is also working on developing a ‘freemium’ model to attract small holder farmers.

“When you look at Africa or Asia, where smallholder farms makeup the majority of the raw material suppliers, the digital gap is harder to bridge,” said Laurent. “But once they have access to digital, it is clear that blockchain will also have a true potential there.”