War in Ukraine forces brands to reformulate: ‘There may be no other option’ 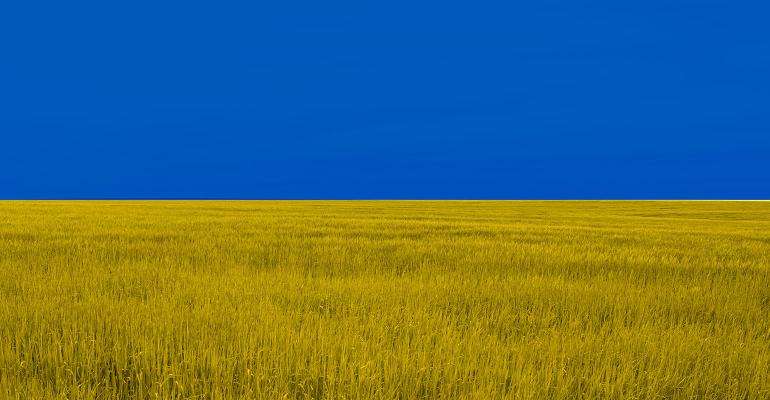 The rising cost of wheat, sunflower oil and other commodities due to the war in Ukraine is forcing many manufacturers to reformulate – but finding functional equivalents is challenging, says one R&D expert.

Russia's invasion of Ukraine is impacting global food supply. This week (23 March), the European Commission said that food availability is currently not at stake in the EU, since the continent is largely self-sufficient for many agricultural products. However, it acknowledged the surge in global commodity prices, rising food prices and higher input costs for farmers, such as feed, energy, and fertilizers.

EU agriculture commissioner Janusz Wojciechowski summarised the situation in a tweet: “Ukraine is the European Union’s fourth largest external food supplier, providing 52% of our maize imports, 19% of our soft wheat, and 23% of our vegetable oils.”

It’s not just the EU that is affected; according to S&P Global Commodity Insights, the Black Sea region accounts for almost 80% of global sunflower oil exports.

Prices of wheat, corn and sunflower oil (as well as sunflower-derived ingredients such as the emulsifier, lecithin) have skyrocketed. To keep prices affordable, the European Commission suggested that member states could reduce Value Added Tax (VAT) rates and it encouraged economic operators to “contain” retail prices.

Many manufacturers are re-evaluating their ingredient sourcing in light of skyrocketing prices while others have no choice but to reformulate. Dutch potato processor Aviko, for instance, fries half of its products in sunflower oil, and it buys 70% of this oil from Ukraine. Chief purchase officer at Aviko, Dick Zelhorst, told BD that supplies from Ukraine have stopped and it has been forced to switch to alternative oils.

Carole Bingley, technical specialist at Reading Scientific Services Ltd (RSSL) in the UK, is currently working with manufacturers to help reformulate existing products and “build some resilience” into products currently in the development stage.

“Brands need to consider the security and supply situation of any alternatives. There is no point in reformulating to find that the alternative is not available a few months down the line. It may also mean introduction of an allergen on pack, if swapping from sunflower lecithin to soy lecithin, or use of a less ‘clean label’ alternative. If time allows, then testing options with consumers would be helpful in making these decisions,” she told Fi Global Insights.

“Once alternative ingredients have been selected, it is important to understand any potential impact on the final product in terms of taste, texture, processability and shelf life. There are a number of analytical tools that can help to speed up this assessment, such as accelerated testing for oil oxidation or microscopy to investigate changes to the microstructure.”

Although changes to ingredient sourcing and product formulation can be a costly exercise, particularly when brands also need to change the information on their packaging, Bingley said that, for many manufacturers, there may be no other option.

“The supply situation looks to be impacted for quite some time,” she added.

A statement by FAO director-general Qu Dongyu said: “Countries dependent on food imports from Russia and Ukraine should look for alternative suppliers to absorb the shock. They should also rely on existing food stocks and diversify their domestic production to ensure people’s access to healthy diets.”

The palm oil sector sees an opportunity in the squeezed sunflower market for palm olein, the liquid fraction of palm oil.

“The most likely solution for [reduced supply of sunflower oil] could be [a] return to using palm olein as the frying fat of choice in many snack foods manufacture. Market forces, particularly in the Asia, Middle East regions are already signalling this makeover.

“For food manufacturers, this would still be an easy switch since there is a large body of readily available data on how best to re-adopt palm olein on its own or in combination with other palm fractions for the fry and snack food industries.”

The CPOPC claims palm olein has higher oxidative stability, is less prone to developing oxidative off-flavours, and is cheaper than sunflower oil.

However, Sundram recognises that there could be resistance to this among European consumers, where palm oil is associated with tropical deforestation and ‘no palm oil’ claims on products have gained traction in recent years. Aviko’s Zelhorst noted the Dutch potato company had switched to a blend of oils, including palm oil, to fry its products, adding that it was sustainably sourced.

RSSL: Replacing wheat is ‘much more of a challenge’

Wheat is another major commodity experiencing shortages that could have far-reaching consequences. Many North African countries are highly dependent on Russian and Ukrainian wheat exports and, for these countries, the possibility of food shortages is real.

According to the FAO, it is unclear whether other exporting countries could fill this gap. Wheat inventories are already running low in Canada, and exports from the US, Argentina and other countries are likely to be limited as governments put in place export restrictions to try to ensure domestic supply, it warned.

Canada usually accounts for around 12% of world wheat trade on average but a drought in 2021 impacted production. Its production is therefore expected to be closer to 8%, according to trade association Cereals Canada.

Food manufacturers looking to reduce their reliance on wheat in product formulations may struggle as finding functional alternatives to wheat is more challenging than replacing oils.

“There are solutions which have been developed for the gluten-free market, but these often result in a compromise in sensory characteristics, increased cost and a longer ingredient list,” said Bingley.

“I think that we are more likely to see wheat flour reduction with starches and other flours rather than total replacement.  Again, cost is key as wheat tends to be cheaper than most of the alternatives so this will likely only happen when shortages push the price of wheat flour higher.”